More Than Half Of People Blame The Gambler For Problem Gambling, Survey Finds 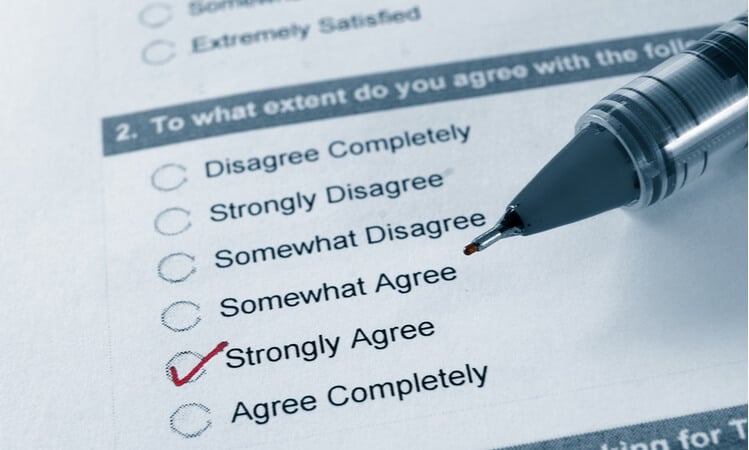 Problem gambling is still very much stigmatized, according to a new survey.

On Wednesday, the National Council on Problem Gambling released what it is calling its National Detailed Report from the National Survey of Gambling Attitudes and Gambling Experiences 1.0 (NGAGE). The 142-page report, the culmination of a survey of thousands of American consumers, can be downloaded here.

According to the NCPG, the survey, conducted in late 2018, is the first major national research on gambling issues and public attitudes about gambling since the 1999 National Gambling Impact Study Commission. According to the NCPG, fresh research was needed due to the expansion of gambling over the internet, which didn’t start to pick up until after the mid-2018 U.S. Supreme Court ruling that struck down a federal sports betting prohibition. The vast majority of the legal sports betting handle comes via the internet.

“We hope the new reports spur the public and private sectors to redouble their efforts to implement policies and allocate resources to create a safer gambling environment, as well as assist those who show signs of gambling addiction or are in recovery,” Keith Whyte, NCPG executive director, said in a press release. “While organizations like the [NCPG] will use this data to help make those goals a reality, any entity that interacts with the gambling industry will benefit from better understanding public sentiment about gambling as America undergoes an unprecedented amount of gambling expansion.”

The survey found that some degree of problematic play is common, though severe problems are not.

“A large majority of past year gamblers reported none of these problematic behaviors,” the report stated. “However, 31 percent reported experiencing at least one of these [problematic behavior] items in the past 12 months, with 12 percent experiencing one item, 7 percent two, 5 percent three, and 8 percent all four of the items asked. In other words, some level of potentially problematic gambling behavior is fairly common.”

Unsurprisingly, the survey found a strong correlation between youth and problematic play.

There’s too much data in the report for a complete overview here, so we’ll focus on arguably the most important findings from the survey: America’s views on problem gambling itself. Responsible gambling hinges on reducing the stigma of problem gambling. If people have a hard time realizing they have a problem, resources from states and responsible gambling features from operators are less effective.

Most people think the addict is responsible for addiction

It’s no secret that the U.S. is a cutthroat country culturally. There’s much more of an emphasis on individualism and personal responsibility than community and collective responsibility when it comes to many facets of U.S. life. This underlying cultural dynamic is on display in the survey’s findings.

“A large share of the population misunderstands or stigmatizes problem gambling,” the NCPG wrote. “More than half of those surveyed attribute gambling problems at least in part to moral weakness or lack of willpower, while fewer than one half believe it can result from genetics or a medical condition.”

More than half of respondents agreed somewhat or agreed strongly with the statement that “people with a gambling problem are to blame for their problems.” Another 27% were neutral or weren’t sure, and just 22% either disagreed somewhat or strongly. These findings indicate a high degree of stigmatization.

The age group that disagreed most with the statement were people aged 18-24. Just under 40% of those respondents agreed that the gambler is to blame for their problem. It’s hard to know if this indicates a trend toward destigmatization or if the breakdown by age reflects the widely held belief in the tendency of people to grow more conservative socially as they age.

Causes of a gambling problem

The cause of an individual person’s gambling problem may be easy to identify, but when it comes to generalizing the cause among a population, there are challenges. There are a wide array of sentiments on this question, which isn’t surprising considering the stigma around the addiction.

The survey gave people nine choices on a question regarding the cause of a gambling problem.

The most commonly held belief is that an “addictive personality” is the cause. According to the report, this is problematic because it could cause someone to underestimate their own risk.

It’s unclear if the popularity of the concept of addictive personality is due, at least in part, to people self-diagnosing mental health conditions. Tens of millions of Americans are uninsured or under-insured.

Where does sports betting fit in?

The fastest-growing casino game in the country is sports betting, made possible by the SCOTUS ruling striking down the Professional and Amateur Sports Protection Act of 1992. More than 20 states have some form of regulated sports betting, with many allowing it over mobile devices and computers.

“Sports betting appears to come with a higher risk of problematic play than most other forms of gambling, though we do not know the extent to which this is driven by the widespread availability of illegal, unregulated play,” according to the study, which was conducted before the first wave of state legalization. “We also do not know to what extent the activity is inherently risky and to what extent individuals at risk (notably young males) are drawn to sports betting. It is apparent, however, that legal, regulated sports betting must include extensive and effective responsible play and addiction prevention measures.”

Sports bettors are at least three times more likely than non-sports bettors to report some degree of problematic play. Part of this is due to sports betting skewing younger, but that doesn’t account for everything. Gambling games with a skill component like sports betting tend to create greater misconceptions about winning chances, the report stated.