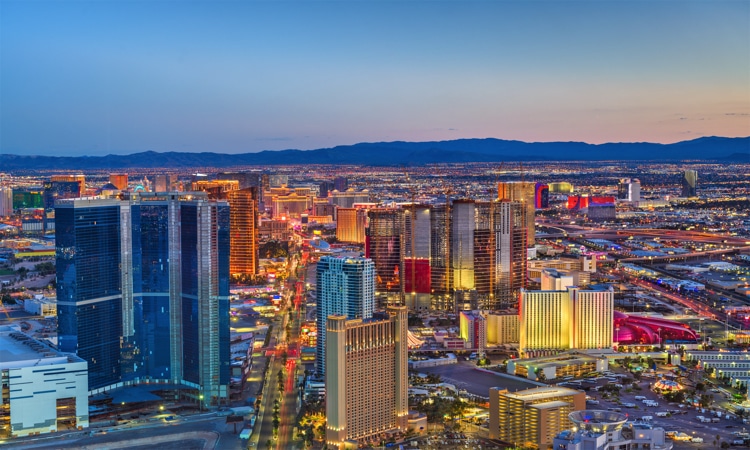 The expected downturn in sports wagering handle was a sharp one in the Silver State, as the Nevada Gaming Commission reported nearly $589.4 million worth of bets for April on Thursday.

It was the first time in eight months that handle dipped below $600 million, and it marked a 31.7% decline from March’s $862.8 million, which was fueled largely by NCAA Tournament and NBA wagering. Still, the figure represented a 28.7% year-over-year rise compared to the $457.8 million in wagers placed in April 2021.

The betting public continued to fare well against the house, holding operators to a 4.3% win rate that resulted in revenue totaling slightly less than $25.4 million. April marked the fifth consecutive month the state hold was below 5%, the first time such a streak has been created in the post-PASPA era that began in 2018. Operators in Nevada have not beaten a 7% hold — considered the industry standard — since posting an 8.1% win rate last July.

Revenue was down 31.3% compared to March despite nearly no change in hold, and dropped 7.2% compared to April 2021, when the win rate was just shy of 6%. The state received more than $1.7 million in tax revenue, lifting the total to more than $9.6 million for the year. State tax receipts from sports wagering are running approximately $560,000 behind the first four months of 2021.

Though nowhere near as prevalent as March, when operators posted a net loss of close to $17.5 million on winning football tickets against less than $475,000 handle, April saw another sizable net revenue loss of more than $4.1 million, as handle ticked higher to nearly $3.4 million.

Basketball provided the bulk of operator revenue with more than $14.6 million, as the house posted a 5.9% win rate from $247.1 million wagered. The start of baseball season brought close to $187.7 million worth of wagers — a 14.6% increase compared to April 2021 — and $7.1 million in revenue. That revenue, though, was barely half the $14.1 million operators collected last year, as the baseball win rate plummeted nearly five percentage points to 3.8%.

The catch-all “other” category, which includes, golf, boxing, and mixed martial arts in Nevada, provided some relief for operators, as the 8.4% hold contributed to nearly $6.9 million in revenue from more than $82 million in bets. The public nearly got a stalemate in hockey wagering, losing just $933,000 from $62.2 million bet for a 1.5% win rate.

Mobile sportsbook wagering accounted for nearly 72% of all handle, the highest percentage of the year and the highest since 75.7% of December’s $1.01 billion. The betting public again outperformed overall numbers when it came to mobile wagering, as the win rate was just 2.5% on the $424.1 million wagered, which left operators with only $10.5 million in revenue from those bets.

The mobile win rate through the first four months of the year is a measly 2.3% from $2.3 billion in wagers — well off the overall 3.6% hold in the 28 months the Nevada Gaming Control Board has been reporting such figures. The mobile hold has yet to eclipse the 7% industry standard in that span, and has failed to climb above 4.5% for nine consecutive months.

The house had a 9% hold on retail wagers, collecting $14.8 million in revenue from $165.2 million in bets. The retail win rate at Nevada sportsbooks is 8.6% through the first four months of 2022, and the $88.7 million collected from in-person wagers has accounted for 62.2% of the nearly $142.6 million in overall revenue generated this year.