Nevada's sports betting market saw a big handle gain last month, but that was thanks in large part to a full weekend of college football. 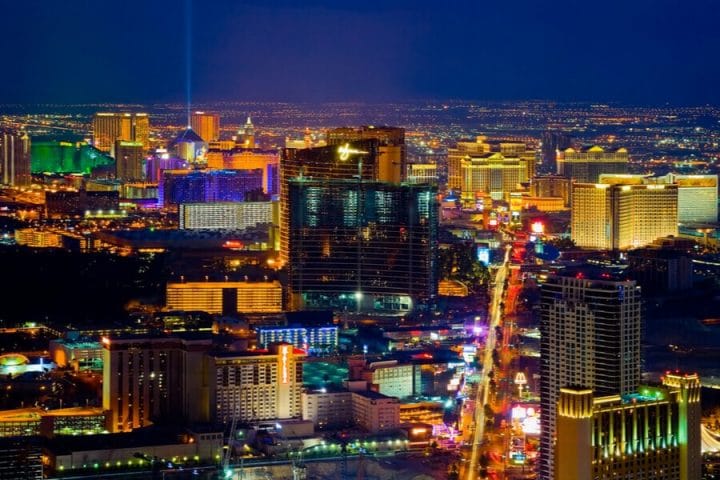 Nevada’s sports betting handle during the month of August was up a whopping 16.2% year-over-year to $287.8 mm. But how much of it was due to timing?

In August 2018, there were 24 NCAA D-1 football games to wager on. Last month, there were roughly triple the number of games. There wasn’t a college football Saturday during August 2018.

Nevada’s football betting handle last month was roughly $72.32 mm, up from $38.99 mm in August 2018. In other words, if it wasn’t for that full NCAA football weekend, Nevada’s year-over-year handle change would have been far less impressive.

How much did gamblers lose?

Nevada’s retail and online/mobile sportsbooks held onto $18.73 mm of the August wagers in the form of winnings, which translates to a 6.51% hold percentage (also a 48.7% year-over-year gain). It was a slightly better month than average, as the Nevada books retained 6.03% of the wagers over the past 12 months.

College football accounted for $12.65 mm of the revenue, up a whopping 102.5% year-over-year. The books held onto 17.5% of the football bets in the form of revenue.

The win percentage was up from 15.45% in August 2018, so not only did the books take more football action thanks to the full weekend of games, they also performed better against the gambling public.

While it was a bad performance by the books on the baseball action, it apparently could have been worse. In late August, the Houston Astros were a historic -600 betting favorite against the hapless Detroit Tigers. The Tigers, who reportedly were as high as +485, ended up winning.

Thanks in part to the Astros opening at -420 and moving to an absurd -600 after money on the team poured in, Las Vegas sportsbooks were glad to see the Tigers pull off the upset.

It’s unclear how much that historic matchup grew the Nevada baseball handle.

Other tidbits from revenue report

The state figures once again highlight the reason why sports betting is so attractive to the U.S. gaming industry. As mentioned, Nevada’s sports betting win grew nearly 50% year-over-year in August.

Over the past 12 months, Nevada books won $319.16 mm from gamblers, up 21.2% from the same period a year prior. No other casino offering is enjoying such an uptick.

Blackjack and baccarat, by far the two most lucrative table games with about $1.1 billion in revenue apiece over the past 12 months, have seen their winnings grow by 0.06% and decline by 11.8%, respectively. Slot revenue continues to grow incrementally, with winnings up 3.4%.

Sports betting is by far the hottest offering in Nevada.

In May 2018, the U.S. Supreme Court overturned PASPA, the federal law that banned single-game wagering outside of the Silver State. Currently, 13 states have legal sports wagering.