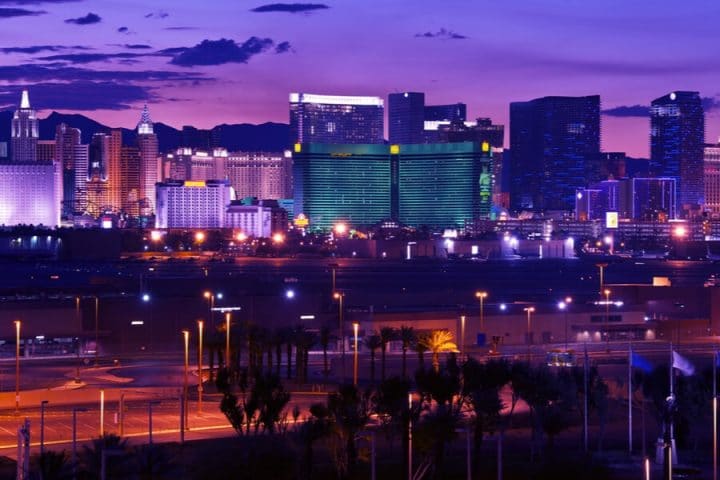 As more states authorize sports betting and the activity continues to go mainstream, the state of Nevada, for years prior to PASPA’s repeal the only true legal sports betting state in the country, appears prepared to give its industry a publicity boost.

Key markets such as New Jersey, Pennsylvania, and Indiana see their respective gaming regulatory bodies make public the breakdown between the amount of money bet at retail, or brick-and-mortar, sportsbooks versus regulated online/mobile sportsbooks. Those figures help the U.S. casino industry make the case that states considering legalizing sports betting should include an online/mobile component to have a robust legal industry, with the argument being that it will deal a blow to unregulated offshore platforms.

New Jersey is leading the way with around 86% of its total handle coming via the internet, according to the state’s most recent figures. In Indiana’s second month of online/mobile, about 65% of the wagers came via web browsers or mobile devices. Bettors have shown they prefer gambling remotely.

According a Tuesday report from CDC Gaming Reports, the Nevada Gaming Control Board could potentially make its retail vs. online/mobile handle public in its monthly reports as early as February, which would reflect January’s betting.

The apparent decision comes alongside record wagering in the Silver State, despite legal sports wagering now becoming more and more widespread in other parts of the country. The NGCB recently reported that the retail and online/mobile books handled a record $614.1 mm in November.

According to the report, the NGCB estimated that it was a roughly 50-50 split for retail vs. internet wagering in Nevada during 2018. The first mobile apps became available in 2010.

Benefits for making the breakdown public?

Nevada is still the king of sports betting, if we’re going by annual total betting handle. New Jersey is expected to eventually surpass its quasi-rival out West on an annual basis, but it’s unclear when that may happen. New Jersey is already seeing more handle during the baseball months.

New Jersey appears to have a higher ceiling, thanks to a greater population, but right now neighboring New York State does not have legal online/mobile sportsbooks. Many New York bettors currently travel to the Garden State, and that could die down if the Empire State expands its sports betting beyond retail.

Nevada does have additional room for growth, thanks to the existence of an in-person registration requirement for online/mobile sportsbooks. That means that you have to visit a land-based casino first in order to set everything up to gamble remotely from anywhere in the state. It’s a quick and easy process to set up an account at a casino, but it does require would-be bettors to get into a car.

There have been calls for Nevada to remove that requirement, which would likely fuel future growth. Nevada making public the betting breakdown will likely increase industry pressure for Nevada to further modernize its industry. It is likely sub-optimal for Nevada to have a 50-50 split.

Making public the online/mobile numbers could also serve to increase awareness for visitors to Las Vegas that online/mobile sportsbooks are an option.

Nevada may never reach New Jersey’s current levels of nearly 90%, thanks to Las Vegas, and especially the Strip, being a major tourist hub and featuring some of the most state-of-the-art retail books in the country. The atmosphere of a Las Vegas sportsbook is often considered unrivaled relative to counterparts elsewhere.

Still, more of an emphasis on online/mobile wagering in Nevada, through the elimination of the in-person requirement, would make sports betting even more convenient and likely provide a significant handle uptick.

Nevada is set to have roughly $5.3 billion in handle in calendar year 2019. The state is obviously hoping the boom continues, as the sports betting handle has grown every year since falling slightly during the Great Recession. Nevada still enjoys some regional exclusivity for sports betting, as neighboring California, the crown jewel of any online gambling market, is merely considering a plan to authorize it. The Golden State could end up with retail-only sports betting, which would be better for Nevada.

It’s Only Cheating If You Get Caught: Inside The Bachelor Scandal And Collusion In DFS