On Thursday, the Nevada Gaming Control Board released gaming win figures from February, following a recent shutdown of the casino industry. 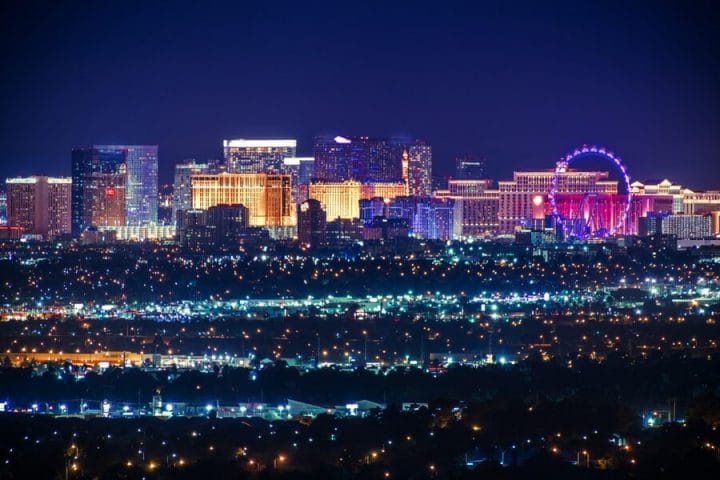 Gambling came to an abrupt halt in Las Vegas last week by order of Gov. Steve Sisolak. The stunning but anticipated announcement followed a strong February for the Silver State casino industry.

According to figures released Thursday by the Nevada Gaming Control Board, casinos in Nevada reported $1.04 billion in total gaming win, up more than 3% compared to February 2019. Over the past 12 months, Nevada gaming win was $12.11 billion, up nearly 2% compared to the same period a year prior.

March’s report is going to be ugly, and gaming win could be zero in the months ahead, as there is no official end in sight for the casino industry shutdown. The governor’s order was for 30 days, but the nationwide public crisis could still be in its early stages.

The Nevada sportsbooks reported nearly $38.1 million in revenue during February, up 6.2% year-over-year. The win percentage was 7.7%, as the books took $491.7 million in bets.

Online/mobile sportsbooks accounted for $9.9 million of the revenue. The handle from the internet was $218.7 million. Nevada first began releasing data on online/mobile in January.

The online/mobile share was about 44% last month, down from nearly 49% in January.

In New Jersey and Pennsylvania, nearly 90% of the sports betting handle has been online (prior to the casino closures). Those states have also closed their respective casinos.

Sports betting wasn’t the only casino offering up last month.

Slots were the primary reason for the 3% overall gaming win uptick, as the one-armed bandits took in more than $648.4 million, up 6.5% year-over-year.

Poker revenue was $10.6 million, up 14.6%. That uptick was at least thanks in large part to an accounting change that went into effect last year. Tournament poker rake is now included in gaming win.

Blackjack had a strong February, with revenue of $104.3 million marking a gain of 8.3% year-over-year.

It’s far too early to tell when casinos will reopen and/or when Las Vegas will return to normal. There is no precedent for this situation with the COVID-19 coronavirus.

Since the Nevada casino industry was rocked by the Great Recession, gaming has slowly but surely rebounded, growing every year compared to the previous, with the exception of a 1.1% decline in 2014.

Gambling still never returned to levels seen before the Great Recession, as the record for Silver State casino win remains the $12.84 billion in 2007. The $12 billion mark was barely eclipsed in 2019.