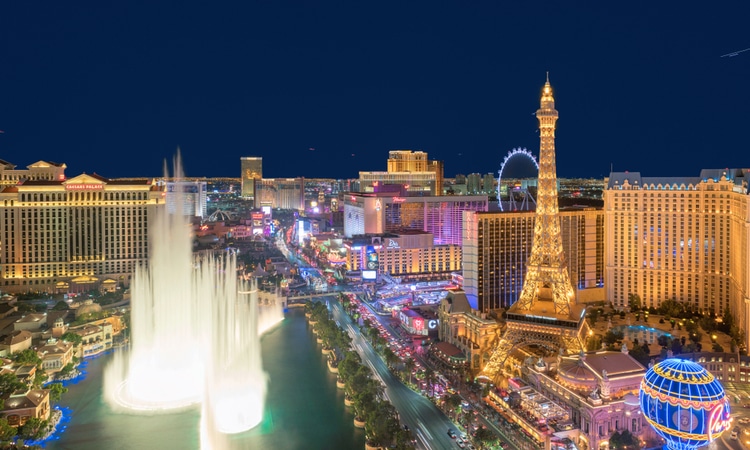 The highest monthly recorded handle for basketball in the post-PASPA era powered Nevada’s overall sports wagering total to $862.8 million for the month of March, according to figures released by the Nevada Gaming Control Board on Thursday.

NBA and college basketball bets amounted to just shy of $709 million for March, an increase of 55.4% from February and of 41.4% compared to March 2021. It was the first NCAA Tournament played without COVID-19 related issues since 2019, which included games played at venues nationwide and concluded with the Final Four in New Orleans — part of a newer legal sports wagering jurisdiction of Louisiana.

The overall handle was the fifth highest recorded in Nevada history and a 12.8% increase from February’s total of $764.9 million. It was also a 34.6% year-over-year increase from the $640.8 million generated in March of last year.

Operator revenue climbed 21.9% to more than $36.9 million, but that was also a 6.1% decline versus 2021. The hold of 4.3% was an improvement of nearly one-third of a percentage point from February but was nearly two full percentage points lower compared to March of 2021. That hold, though, made this the first time in the post-PASPA era dating back to May 2018 that Nevada’s win rate was sub-5% for four consecutive months of reporting by the NGCB.

Bettors continued to cash winning Super Bowl tickets as operators reported a net football loss of more than $17.4 million in March from less than $500,000 in wagers placed. Operators enjoyed nearly $47.8 million in revenue from basketball wagering, gaining a 6.7% hold that was nearly four percentage points higher than February.

The second-biggest revenue category came from the catch-all “other,” which generated $3.8 million from $74 million in bets placed. Hockey handle totaled $73.9 million, with operators claiming just shy of $3 million revenue from those wagers for a 4% hold. Operators reported a net $321,000 loss in baseball wagers, though the handle was just $5.6 million for March.

Revenue from mobile wagering was $19.1 million, barely more than half the overall total. The mobile win rate was 3.3% — a high mark for 2022 thus far but also the eighth consecutive month it failed to eclipse 4.5%. Mobile handle was $576.6 million for March, representing 66.8% of the overall handle.

Year-over-year handle up big, but revenue is lagging

Statewide, more than $2.7 billion in wagers was placed in the first three months of 2022, an increase of 48.7% compared to the first quarter of 2021. But revenue has lagged 5.1% behind last year’s numbers at $117.2 million, thanks largely to the betting public performing far better. The hold through the first three months of the year is 4.2% — nearly 2.5 percentage points lower than the same period last year and notably lower than the national hold of 6.1% to date in 2022.