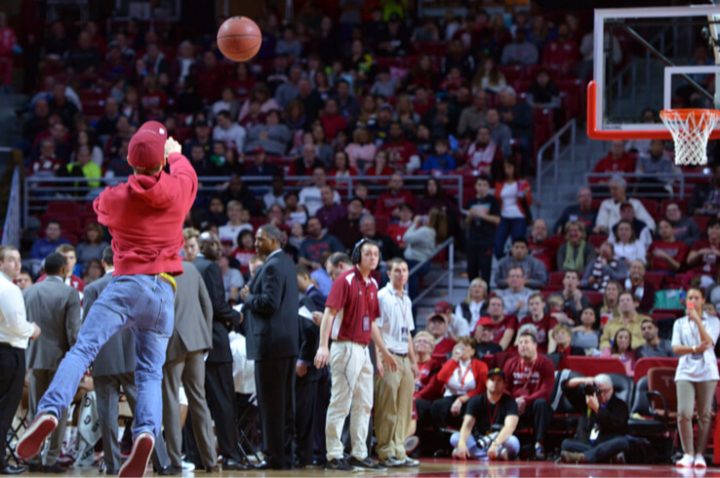 In the wake of New Jersey releasing September numbers showing that mobile sports betting handle is beating its live counterpart in just its second month of existence, Nevada is waking up to the reality that its product needs to be better — and can be better.

At a Nevada Gaming Control Board meeting on Tuesday, state regulators proposed amendments to four regulations, undoubtedly reacting to the emergence of sports betting competition from New Jersey, Delaware, Mississippi, West Virginia, and, starting yesterday, New Mexico, the first state in the western U.S. besides Nevada to take bets.

The most significant of those amendments concerns where you can open an online gaming account. Currently, Nevada users have to go to a brick-and-mortar casino to register before they can begin placing sports bets or participating in other forms of online gambling on a smartphone or computer. In New Jersey, customers can do it all without leaving the couch. That’s what Nevada is now proposing — and attorneys representing MGM, Caesars, and Wynn all spoke out in favor of this change on Tuesday.

Mark Russell, a lawyer for MGM Resorts, said, “We believe the technology has advanced to the point where remote verification is possible.” Mike Alonso, representing Caesars, and Stacie Michaels, the general counsel for Wynn, agreed with Russell.

Our reaction, in a word: Duh.

New Jersey online gambling established several years ago that, particularly as an alternative to illegal offshore sites that don’t have safeguards and may not be as diligent about verifying age, the technology, in combination with proper regulation and oversight, makes it possible to do everything online that can be done in person. Since 2013, New Jersey has been perfecting geolocation and working out other bugs, and frankly, Russell’s statement about the advancement of the technology has been true for several years.

It just seems they waited until New Jersey did it first (and saw a month with nearly $105 million in online sports betting handle and $79 million in live handle), before starting to do something about it.

A path cleared for DFS giants

If remote registration gets approved — it needs a majority Gaming Control Board vote, then it would be forwarded to the Nevada Gaming Commission for consideration — it has far-reaching implications, potentially impacting every operator in the state. But it’s particularly significant for the daily fantasy sports sites that are currently ruling the New Jersey mobile sports betting business, DraftKings and FanDuel.

And the immediate focus in on DraftKings, because so far, DK is the only one of the two that has been openly aggressive about pursuing opportunities in Nevada.

FanDuel Group and Boyd Gaming Corporation announced a strategic partnership on August 2, but notably, the agreement excluded Nevada. It’s hard to know what FD’s strategy in the Silver State will be.

So while remote registration should, in theory, benefit DraftKings and FanDuel equally, for now, it’s only DraftKings Sportsbook — which scored almost three times more mobile sports betting revenue than FanDuel in NJ in September— that seems ready to take advantage of the opportunity. And DraftKings’ decision to let customers’ DFS and sports betting bankrolls stew in a single pot syncs up perfectly with the ease of remote access.

How would remote registration change the outlook for DraftKings? Industry expert Dan Back, the director of media for RotoGrinders, thinks DK has no chance of becoming a market leader in Nevada without remote registration but has solid prospects in the long term if the amendment is passed.

“The current setup in Nevada made it pretty much impossible for DraftKings’ online book to even exist in Nevada,” Back told US Bets. “They have no brick-and-mortar presence and no good reason for them to partner because of how absurd these mobile regulations are. Assuming we see similar regulations to what we have in New Jersey —probably still a big ‘if’ — it feels likely that DraftKings would seek a brick-and-mortar partner almost immediately and try to come to market ASAP.”

To a certain extent, it’s surprising that established casino giants like MGM, Caesars, and Wynn are on board with opening the door for the DFS companies to compete.

“DraftKings and FanDuel are positioned so well from a brand identity side of things, I almost figured casinos would want to keep the status quo, considering sports betting is not a huge money maker for casinos in Nevada,” Back noted. “Even in a regulated market, I believe Vegas will still be a destination for big sports betting events like the Super Bowl or March Madness, but if someone already has a DraftKings or FanDuel account from the state they live in, do we really think they are going to create a Wynn account just because they are watching games in their beautiful sportsbook?

“Especially in a market driven by tourism, if people can use the same app that they are already using in their own state, I have to believe there is a good chance they will bet with that same app in Nevada if it’s allowed.”

Other amendments on the table

In addition to the remote registration game-changer, other amendments were proposed at Tuesday’s meeting: