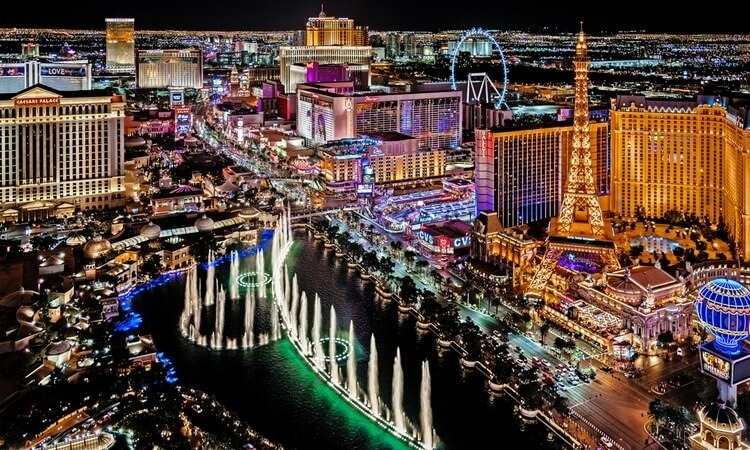 The Nevada Gaming Control Board reported record monthly sports betting revenue of nearly $72 million for November on Wednesday as the Silver State crossed the $1 billion threshold in handle for the second straight month.

The revenue total, which was $28,000 shy of $72 million, eclipsed the previous standard of $61.8 million set in November 2020. It is the sixth-highest monthly revenue total reported nationally in the post-PASPA era dating to May 2018, and it was the seventh time a state cleared $70 million. Revenue surged 49% higher compared to October’s $48.3 million, as the 6.6% win rate in November was 2.2 percentage points higher than the month before.

The state claimed nearly $4.9 million in tax receipts from operators in November, just the second time the sum topped $4 million.

November has historically been a good month for the house in Nevada, be it revenue or handle. In setting the previous revenue record last year, operators posted a 10.1% hold — still the only month the state’s operators surpassed 10% in the post-PASPA era. In both 2018 and 2019, the November handles set then-records, which included the state’s first $600 million handle in 2019.

While Nevada did not set a handle record this November, the $1.086 billion in wagers accepted was only 1.4% lower than the high of $1.1 billion reported for October. It is the fifth national monthly handle to clear $1 billion, with New Jersey claiming the first, second, and fifth spots in the all-time rankings.

Nevada cleared $7 billion in handle for the year with November’s report, though it is still almost $2.6 billion behind the Garden State for the top spot in 2021. The Silver State, though, is almost certain to become the second state to cross $20 billion in post-PASPA handle when December’s report is released.

Though Nevada still requires in-person registration for access to mobile wagering, the popularity of football wagering has had the effect of lifting mobile handle totals. A record $777.2 million was wagered online or via smartphones last month. It was the first time in a month not affected by the COVID-19 pandemic that more than 70% of the overall handle originated from those sources.

It was the second straight month mobile handle cleared $700 million, with November’s total a 10.4% increase from the $703.8 million dropped in October. Nearly $4.5 billion has been wagered online in Nevada this year, accounting for close to 63% of the overall handle. That is a substantial increase from the 56.5% in 2020, which includes the caveats of the pandemic and the NGCB not publishing reports for April and May of that year.

Football continues to be the driver of big handle

Football wagering continued to dominate the sport-specific handle breakout, accounting for more than half the overall handle with nearly $558.6 million in bets. That was a notable decline from October’s record $729.3 million, but also an expected one given October had five weekends of NFL and college football action versus the four in November.

Customers have wagered nearly $1.8 billion on football in the past three months in the Silver State, a 34.3% increase compared to September through November of last year. While the NGCB does not break out specific numbers differentiating college and pro football, the NFL’s public embrace of legalized sports betting has apparently helped boost betting volume both in Nevada and nationally.

Basketball was the other key handle and revenue driver in November, with the $376.1 million wagered the second-highest total of the year behind the $501.4 million bet in March. Operators did not fare as well, collecting barely more than $10.2 million from a 2.72% win rate. They did, however, post an overall winning record on parlay cards — the hold was a whopping 54.76% there, resulting in a yearly high of $4.4 million in revenue from just over $8 million wagered.

Hockey ($2.98 million) and the catch-all “other” category ($2.93 million) rounded out the top five revenue producers by category. Operators also paid out plenty of winning baseball tickets, with more than $13.3 million cashed in November compared to $11.7 million accepted in wagers.