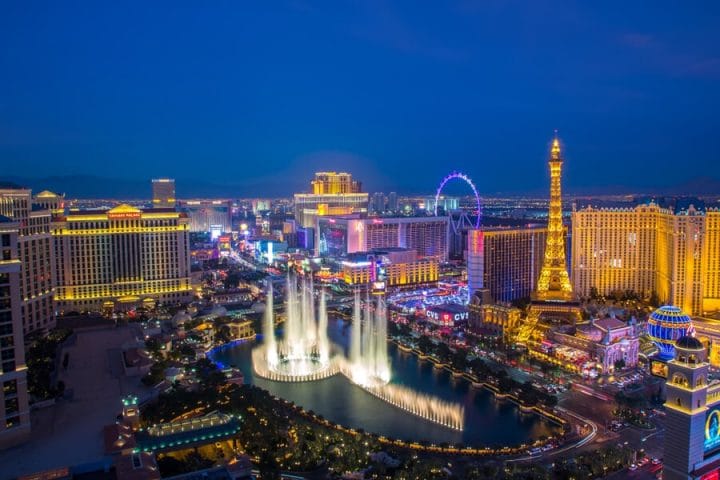 If you’re looking at state figures, the Nevada poker market is booming.

Reported revenues for the state’s 54 card rooms and the lone online poker site (which shares player pools with New Jersey and Delaware) were $10.68 mm in November, up 18.1% year-over-year. Over the three months prior to Dec. 1, 2019, the Silver State peer-to-peer poker market was 18.7% larger than the same period a year prior. Over the past 12 months, revenues were up 17.5%.

These are percentage gains not seen in Nevada since 2006, during the poker boom that dramatically grew interest in one of America’s oldest pastimes and filled poker rooms across the state. Calendar year 2007, long before regulated online poker was around, saw a record $167.98 mm in poker revenues.

The end of the poker boom resulted in revenues falling over the next handful of years, leveling off at around $120 mm in 2014, which is about where the market was in 2018. That was despite June 2018, which is a full WSOP month, nearly breaking the monthly revenue record set previously in 2007. The WSOP has continued to grow in terms of participation, while the rest of the calendar year for poker has gone in the opposite direction. The supply of tables continues, to this day, to contract in year-over-year comparisons.

The proliferation of regional casinos over the past 10-plus years allowed poker enthusiasts to find games close to home during the non-WSOP months. State-regulated online poker, which is still in its infancy, also reduces the demand for traveling to Sin City when the prestigious annual poker festival isn’t running.

2019 a comeback year for Nevada poker?

The recently completed calendar year saw the poker market grow steadily through the first six months of 2019, with an average year-over-year gain of more than 6%.

Some of that growth could be thanks to sports betting, which continues to reach new handle records in Nevada. Sports betting has gone much more mainstream since PASPA was overturned by the U.S. Supreme court in mid-2018, and Nevada sportsbooks appear to have benefited significantly even as other states in the country legalize and regulate the activity. Over the most recently completed 12-month period, Nevada sports betting handle was up 7.5% year-over-year to $5.3 billion.

Poker and sports betting have overlapping customer bases, so there is synergy between the two skill-based offerings. Many poker players like sports betting and vice versa. However, the boom for sports betting hasn’t reversed the trend of a contracting poker table supply. Underperforming poker rooms are still closing.

Additionally, there have been reports that Nevada poker rooms are squeezing more rake out of players.

While the gains during the first half of 2019 were significant, including a new monthly record of $18.91 mm set in June, the second half of last year saw revenue grow even more dramatically.

Here’s a look at the market through the first 11 months of 2019 (December figures aren’t out yet):

July is a partial WSOP month, as the Main Event wraps up in the second half of the month. Revenues were up a whopping 85.7%, the largest year-over-year gain in at least the last 15 years, according to historical data compiled by the UNLV Center for Gaming Research. It could be a record for the state’s poker market.

On July 1, a new law went into effect that resulted in the inclusion of live poker tournament revenue into the monthly Nevada Gaming Control Board report. Previously, the Nevada poker market figures were only cash games. Senate Bill No. 46 was approved by the governor in May, and went into effect just weeks later.

The period immediately following the WSOP is relatively slow in terms of major tournaments in Nevada, before picking back up again in the fall. For example, a pair of popular WSOP Circuit stops in Nevada late in 2019 help explain the larger gains in October and November.

The recent upticks are attributable to the law change, according to Michael Lawton, senior research analyst for the NGCB. “My discussions with the industry are that the increases we are seeing are related to the new law that went into effect on July 1, 2019,” Lawton told US Bets.

Unlike New Jersey, Nevada doesn’t give a breakdown between live and online poker. We don’t know how live poker in the state is performing relative to the games on the virtual felt.

We do know that online poker in New Jersey is stagnant and there’s no indication there’s a different situation in Nevada. The first half of 2019, prior to the new law going into effect, shows that the market is on the upswing, but it’s unclear how much of that is due to more people playing poker, if any.

In the near-term, Nevada’s monthly revenue reports will continue to show very solid gains for poker thanks to tournament rake’s inclusion. It will appear on paper that Nevada’s market is on the comeback, but there is still a long way to go before there’s a real growth period for the game that resembles the mid-2000s.

The best signs would be an increase in tables, poker rooms reopening, or iPoker traffic increases.

The solution to growing poker is the same as it has been for years: More states need to regulate online poker to attract new players to the game and inject more excitement into the poker world. There have been some positive developments lately. This past fall, Pennsylvania saw the launch of its first online poker site, and Michigan recently legalized the activity. Online poker liquidity sharing is still in its infancy, but as more states come online and hopefully share their players, poker markets in Nevada and elsewhere should benefit.

Big-Screen Gems: A Dozen Gambling Films To See From The Past 50 Years