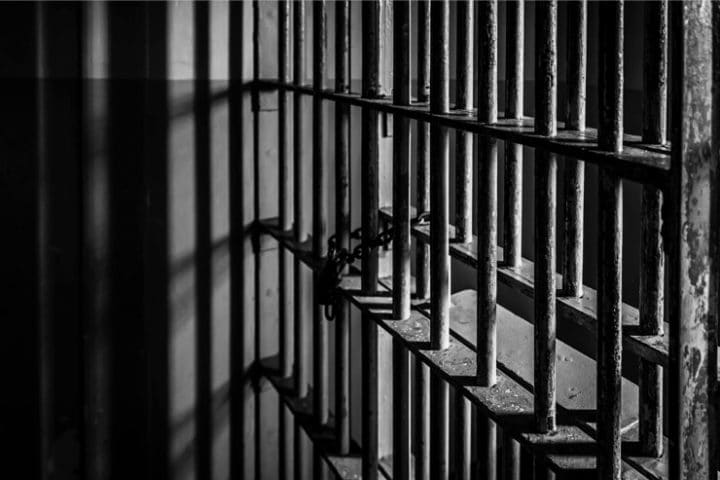 That description doesn’t sound much like a sportsbook in 2019, many of which are outfitted with soft, deep club chairs, state-of-the-art technology, media walls, and plush carpeting. But one of Nevada’s first sportsbooks was located in a casino that was nothing more than a glorified hallway with little light and a doorjamb you had to duck to get through.

And it was in a prison.

Nevada legalized casino gaming in 1931 and the following year, “The Bullpen” was born inside the walls of the now-defunct Nevada State Prison, which for some of that time also housed the state’s death row. For 35 years, inmates took part in what in many states is still an illegal activity today in the very place they were all sent for breaking the law.

“The inmates ran it and there wasn’t any shortage of people in prisons who had casino experience,” said Anthony Cabot, a Distinguished Fellow of Gaming Law at UNLV’s Boyd School of Law. “There’s a famous photo of Joe Conforte playing craps, I believe in the prison. He was famous for owning a lot of legal houses of prostitution. He went to the prison in the early 1960s, and I think there are photos there of him throwing dice.”

Conforte owned the Mustang Ranch, the first legal brothel in the U.S. He was imprisoned twice, once for extortion and once for tax evasion, and served short stints in the Nevada State Prison both times

Cabot had the chance to visit the prison and its casino early in his career, after the prison had been shut down in 1967. He said the casino was located just off the prison yard where guards stood watch in towers.

“There was a room off there that was the casino,” he said. “It had a really short door, and once you got in, it was kind of like an elongated hallway, two or three times the (width) of a hallway, and it was all made of old stonework.”

The Bullpen, according to many sources, wasn’t just a place for prisoners to place sports bets or throw dice. In fact, according to the Nevada Appeal, members of the local Kiwanis Club, state employees and others would stop by The Bullpen to play.

Donald Bernard, whose father Art was the prison warden from 1951-59, spent his high school years living on the prison grounds. Though he says he didn’t venture into the prison itself, never mind the casino, too often, he does remember that on good weather days, inmates would be gambling in the open yard. The casino had already been in existence for nearly 20 years when Bernard’s father took over as warden.

In 1932, the world, and Nevada, were very different than they are now. The Silver State has always had a reputation for being a little edgy, and back then, there were less than 100,000 residents across the state.

“Relationships were much closer because the state was so small,” said former U.S Senator and Nevada Governor Richard Bryan, who is now the Director at the Las Vegas law firm of Fennemore Craig. “I think the idea was that idleness is a bad thing, whether you are in prison or on the outside.”

It may seem a casino in a prison would really just be asking for trouble. After all, inmates are often stereotyped as having short tempers and plenty of physical strength. But given the detail that existed in The Bullpen, it may, in some ways, have gone beyond its intended purpose.

Imagining back to 1932 when The Bullpen came into being, inmates were likely given space and little else to start the venture. Yet they not only appropriated chairs, tables and blackboards to use in their makeshift casino and sportsbook, they also ultimately found a way to craft Nevada Prison Casino chips, made of metal and available in denominations from 5 cents to $5.  They also built a cashier’s cage.

Beyond the physical manifestations of the casino and sportsbook, the prisoners developed their own set of rules, functioned as croupiers, pit bosses and oddsmakers, and policed themselves. According to research by Howard W. Herz,  gambling inmates were vetted — and of course finger printed — and those running games were required to pay a twice-annual fee as well as contribute to a prisoners’ welfare fund.

It would seem likely they were responsible for keeping the casino clean and functioning.

By all accounts, the prison casino was treasured by inmates, and guards alike.

Several accounts about the casino suggest that inmates rarely tried to game the system or break the rules because, well, they’d have other inmates to deal with if they did.

“You know wardens would say, ‘Oh my it’s the cleanest game in the state. After all, who would cheat these guys?” former warden Glen Whorton told Nevada’s 2 News in late 2018.

According to the Nevada State Prison Preservation Society website, The Bullpen was never licensed.  In April 1967, new warden Carl Hocker closed down the prison casino calling it a “degradation” and “not constructive.”

But according to Herz, there may have been other factors that led to the casino closing, including a 1967 prison riot and bills filed in the state senate to banish gaming from the prison.

The Nevada State Prison closed in May 2012. At that time, it had been operation for 150 years and was among the oldest operating prisons in the United States. Plans appear to be underway for the prison to be converted into a museum.

Why New Hampshire Is The Ideal State For The Lotteries v. U.S. Court Battle