Talk of sports betting expansion "cannibalizing" the Nevada market is looking increasingly ridiculous since the March numbers came in. 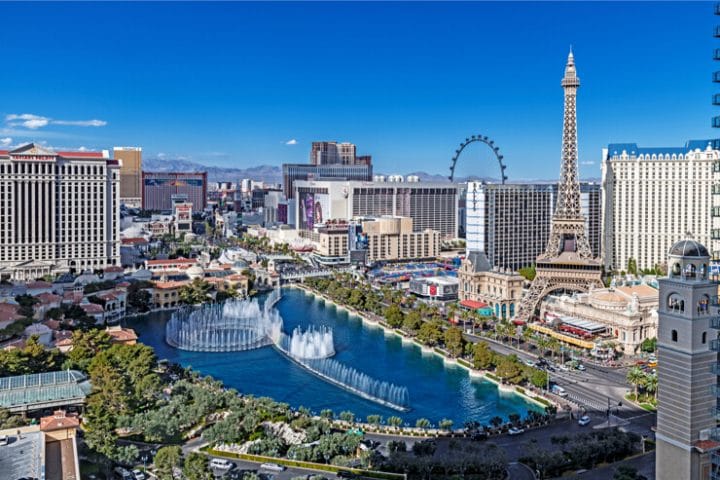 Newsflash: People like to bet on March Madness basketball.

The Nevada Gaming Control Board reported last week that sports betting handle in the state for the month of March totaled $597 mm, a new record for a single month. That was fueled by $495 mm in basketball bets, the majority of which, we can assume, were on the NCAA tournament. And that $597 mm figure is up 14% over March 2018, when Nevada sportsbooks racked up $522 mm in betting handle.

Here’s the thing: In March 2018, Nevada was the only state you could go to and place legal sports bets. In March 2019, it was one of eight. Bettors have other options.

Yet they’re choosing to bet in Nevada in record numbers. What does this mean?

That anyone who throws around the word “cannibalization” when it comes to sports betting expansion either doesn’t know what they’re talking about or is part of an old guard that fears change and is trying, in a misguided manner, to protect their turf.

Hopefully, March’s handle and revenue numbers out of Nevada will prove a key exhibit in convincing them of the truth.

March Madness is one of the rare sporting events, along with the Super Bowl, that carries the particular appeal of turning betting into a social scene. Vegas is already a destination travel spot for a variety of reasons, and the NCAA basketball tournament adds one more persuasive reason to that mix.

It’s worth noting that visitation to Southern Nevada fell 1.4% in March, according to the Las Vegas Convention and Visitors Authority.

But Nevada sports betting growth isn’t just a March Madness thing. For 2018 as a whole, handle grew 2.88% over 2017 and revenue grew a staggering 20.98%. And that growth is continuing through the first three months of 2019.

And that’s something that some in the industry saw coming.

“[Customers] are telling us that if they can participate in sports betting at home, whether they live in Mississippi or New Jersey or Massachusetts, it will only increase their interest in the sport and their team, and they will absolutely want to come to Las Vegas to root their team on, whether it’s in a tournament or on TV or actually physically playing,” MGM Resorts International CEO Jim Murren told The Associated Press shortly after the Supreme Court overturned PASPA last May. “The parallel would be if you think back on casino expansion throughout the United States, that has actually benefited MGM in Las Vegas because people want to go to the market leader, which Las Vegas is the undisputed leader in the United States. I think the same will happen with sports betting as well.”

While parts of Murren’s statement were self-serving, the overarching point — that Vegas doesn’t need a monopoly on gambling to thrive — is proving accurate.

Certainly, there are some customers who’ve traveled to Las Vegas in the past who are now staying home and gambling on their phones or going to more conveniently located casinos that either weren’t there before or didn’t have sportsbooks before.

But it seems whatever portion of the base is being “cannibalized” in that regard has been more than balanced out by the people who have gained new access to sports betting or whose hang-ups about the appropriateness of sports betting have faded as it’s gone more mainstream and become more socially acceptable to discuss out in the open.

Also, the offshore market and the U.S.-based illegal bookie market were already cutting deeply into Nevada’s profits, and it’s logical to conclude that the spread of legal sports betting has taken more customers away from those shady options than it has from Las Vegas.

Sports betting in Nevada and other states isn’t a Harry Potter vs. Voldemort situation, where for one to live the other must die. Record numbers in March paint the exact opposite picture.

Sports gambling awareness has increased, there are more active sports bettors in America than ever before, and the handle in Las Vegas is swelling accordingly.