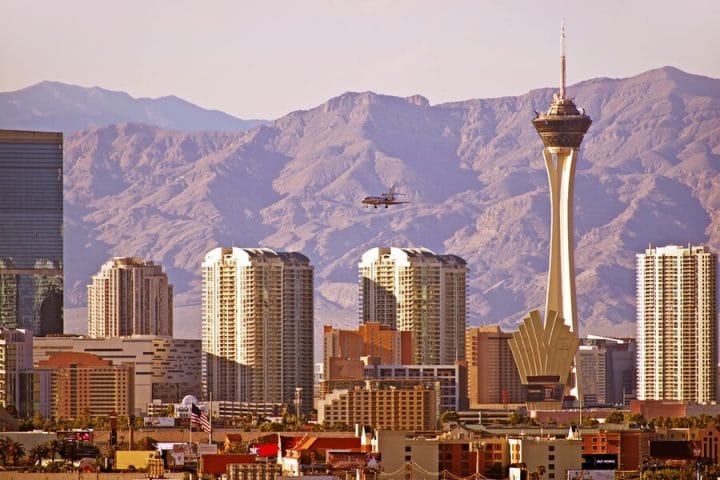 Nevada sportsbooks came out big winners on Super Bowl LIV betting in numbers released by the Nevada Gaming Control Board on Tuesday, recording their highest win total in six years on the second-largest handle ever recorded for Super Bowl betting.

The Silver State’s 190 sportsbooks won a combined $18.8 million on the $154.7 million handle for Sunday’s 31-20 victory by the Kansas City Chiefs over the San Francisco 49ers. The handle trails only the $158.6 million recorded two years ago when the Philadelphia Eagles upset the New England Patriots in Super Bowl LII.

Unlike that year, when the house won less than $1.2 million and had its lowest hold in 10 years at 0.7%, the books kept far more money than they paid out. The $18.8 million in winnings resulted in an impressive 12.1% hold and stood out in contrast to both New Jersey and Pennsylvania.

While there are no breakdowns by casino, the $154.7 million handle represented an increase of just under 6% compared to last year’s figure of $145.9 million. Nevada’s sportsbooks, though, reported a 74.2% increase in winnings compared to 2019 when they raked in $10.8 million after the Patriots defeated the Los Angeles Rams.

This year’s winnings were the largest recorded by Nevada’s sportsbooks since claiming $19.7 million after Seattle pounded Denver in Super Bowl XLVIII in 2014. The 12.1% hold was also the best since the house recorded a 16.5% hold on that 43-8 win by the Seahawks.

This year also furthered the trend of Nevada’s sportsbooks doing well. It was the sixth time in the last eight games the hold cleared at least 7%, and the third time in that span it reached double digits. The average hold over the last 10 Super Bowl games has been 7.3%, resulting in a cumulative $90.9 million in winnings for the sportsbooks on a handle of $1.245 billion.

The handle over that 10-year span has climbed 76.8% since $87.5 million was wagered on Super Bowl XLIV between Pittsburgh and Green Bay.