Are Nevadans Really Crossing The Border To Bet In Arizona?

The claim makes a certain amount of sense, but the data says otherwise 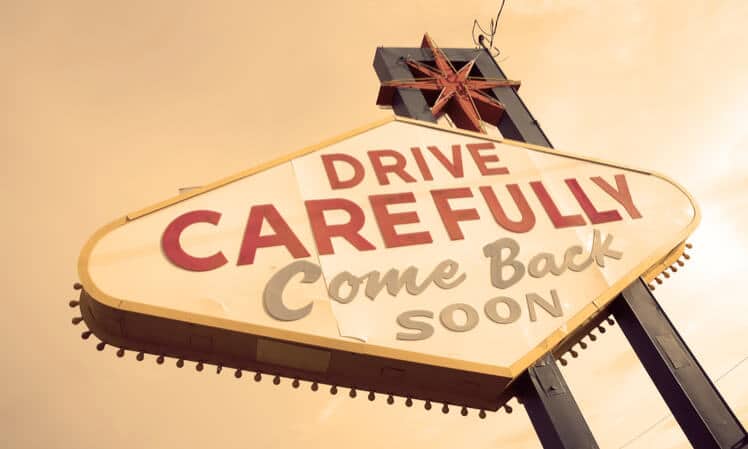 In a Dec. 14 op-ed published in the Nevada Independent, Las Vegas-based gaming reporter John Mehaffey added his voice to the chorus of criticism over the Silver State’s stubborn in-person registration requirement for mobile sports betting accounts.

Many of Mehaffey’s critiques — Nevada needs to follow other states into the 21st century, attract new customers with increased convenience, do away with brick-and-mortar tethering, and enrich its taxable revenue coffers — were not new.

But one paragraph stood out.

“It is actually more convenient for some Nevadans to bet on sports in Arizona, which launched mobile sports betting in September,” Mehaffey wrote. “The state allows players to create an account anywhere in the state from a phone. Nevadans who live in Laughlin, Boulder City, and Mesquite can drive across the state line to create and fund these accounts. This may be more convenient than going into a casino and waiting in line.”

Mehaffey’s op-ed — and this excerpt in particular — led to some spirited discussion on Twitter.

“I am not saying mobile registration is not a good thing, but in-person registration prevents the bonus hunters from abusing bonuses,” said former bookmaker and current Vegas-based sports betting personality Dave Sharapan. “That is one of the drawbacks to remote registration and there are others. How many more would bet if we had it here? We’d be surprised.”

There are two states with mobile sports betting that require a casino visit to open an account. In March, Illinois will drop that requirement, leaving only Nevada. This is my op-ed @TheNVIndy about why I think that should change. https://t.co/AfItXwXOWP

To this, professional gambler Captain Jack Andrews (a pseudonym) replied, “I don’t follow how in-person registration prevents bonus hunters. … I know guys that bus dozens of people from Vegas to Arizona to sign them up for bonuses.”

Sharapan then explained, “It slows them down, that’s all. Gotta make it a challenge at least. In-person brings a customer in the building and requires cash. You have to see the benefit of that for a casino. Whether you agree or not is a different story. It’s not convenient or easier, by design.”

‘Not seeing any significant geolocation traffic’

But what of the various parties’ assertions that Nevadans are traversing the Colorado River to set up mobile accounts and place their bets in Arizona?

This sort of cross-border betting happens a fair amount in Tennessee and New Jersey, which abut key states where mobile wagering is either not yet legal or live. But according to GeoComply, which tracks the origins of mobile wagers nationwide, this practice is uncommon in Arizona.

“You’re looking at maybe a little bit more than 0.1% of the geolocation bets occurring along the [Arizona side of the] border,” GeoComply Government Relations Director Danny DiRienzo told US Bets. “Like in Tennessee, where we saw a lot of traffic on roadways and first exits, I can’t find any of that. The bulk of the border traffic [in Arizona] is occurring in a couple towns along the border, and it’s not even that much.”

Looking at data for the 30 days prior to Dec. 21, DiRienzo observed, “I thought I saw some activity near the Hoover Dam, but it was like 200 transactions out of just short of 85 million transactions in Arizona.”

Surveying the entire border between the two desert states, he added, “I’m not seeing any significant geolocation traffic. Laughlin’s probably one of the only decent-sized towns on the Nevada side, so if you were gonna see some traffic, you’d expect to see it there, where there are some pretty major roads.”

In fairness to Mehaffey, his was an opinion piece, and his logic makes some sense. In an email, he told US Bets that he made his observation “simply to point out how close this convenience is to some Nevadans,” adding, “I know it is going on because I see some people talk about hitting the free bet bonuses, but I doubt it is a major issue. The border cities are not large enough to create a viable market. I’d guess virtually anyone doing it now is an AP (advantage player).”

Bonuses ‘a race to the bottom’

While Andrews declined to comment for this article, Sharapan said, “There are definitely people that go down there and take people with them and go register for a bunch of accounts and take advantage of the signup bonuses and then leave. There are people that do this state to state” whenever a state comes online with sports betting.

Expounding on his tweets, Sharapan added, “Just giving the money away is a race to the bottom. That’s not building customers. The same thing happened with offshore. When I was in Curacao, I think it was 24 years ago, these are all the same tactics that people used — max bonuses. All it did was create groups of people who just went to the next bonus. You’re training the customer to sign up for an account just to get a bonus.

“There are people doing it right, because their businesses are growing. A lot of the small books are gonna get consolidated. That’s exactly what happened offshore. Bonuses are a short-term answer to a long-term problem. They can be taken advantage of and are on a regular basis. As someone who has seen it before, I don’t think that’s a good way to do business.”

To this end, Arizona’s first month of accepting sports wagers is instructive. In September, Arizona broke Nevada’s record for highest first-month handle of any state in the post-PASPA era, booking more than $291 million in sports bets. But as Sharapan tweeted, “Handle is not revenue.” Sure enough, Arizona took in a mere $31,393 in tax receipts in September because so much of the state’s $31.2 million in monthly revenue was considered non-taxable promotional (or bonus) play.

Taking in millions per month?

How much are they making, Stevie??

Handle is not revenue.

I have worked at books for decades offshore, in Nevada, & for a brief 8 weeks, in West Virginia.

And while Nevada may have some of the most restrictive mobile registration standards of any state, it handled just over $777 million in mobile sports bets alone in November, marking the first time in a month not affected by COVID that more than 70% of its overall sports betting handle was wagered online and the second straight month that it cleared $700 million.

“A lot of people are like, ‘How can Nevada be so antiquated and out of touch with how it works?’” said Sharapan. “Who’s not betting in Nevada who needs to have online registration? Is volume gonna jump that much because you can now do it online? No. Everybody lives in two places: Vegas and Reno, all of which have casinos, and all of which people drive around to. Making registration remote isn’t gonna double the volume.

“Everywhere else established mobile first, while in-person was an afterthought. Nevada just did it in reverse. You need to have mobile, 100%, to grow the business, especially in states like New Jersey that have [millions of] people who don’t live anywhere near a casino. But the Las Vegas Strip is a few miles long and everyone lives within an hour of it in the south end [of the state] and everyone lives within an hour of Reno in the north end. There’s a lot of state in between, but for the business in general, the remote registration benefits the remote business. I just think that making it that easy also has pitfalls.”