New Catskills Casino Struggling Mightily — Can It Be Saved?

Resorts World Catskills has been losing money since it opened in February. Is sports betting a potential key to reversing its fortunes? 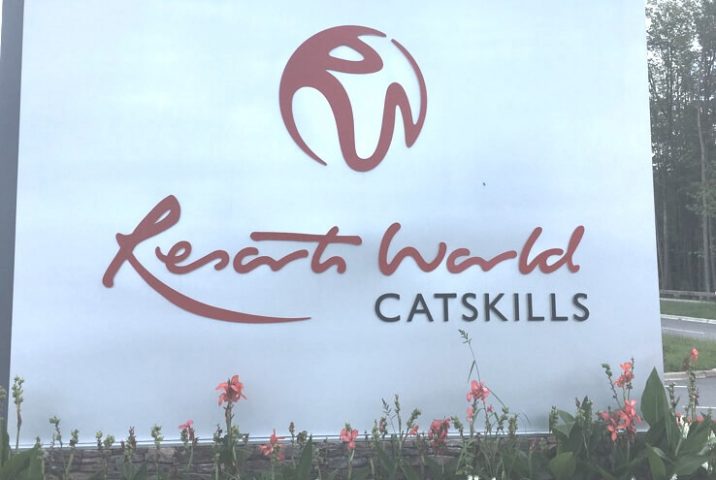 It was quiet at lunchtime at Resorts World Catskills on Wednesday, as one would expect for a mid-week post-Labor Day afternoon.

But the calm comes amid storms for the first-year casino, which has posted dismal revenue figures so far while looking forward to new attractions in the next six to eight months that could make or break the $1.2-billion gambling den.

Like Trump Taj Mahal in 1990 and Revel casino in 2012 — both in Atlantic City — this version of Resorts World has experienced the dreaded uphill battle of being a money-loser from Day One.

Casino gamble not paying off

Empire Resorts, the casino’s parent company, recently reported a $22-million operating loss for the second quarter of 2018, with $49.2 million in revenue but $71.5 million in expenses. That doesn’t even count another $15 million in interest expense for the quarter.

For the first six months, since opening on February 8, the losses have totaled $58 million.

In a quarterly filing from last month, Empire Resorts noted that it could not guarantee “that our business will generate sufficient cash flow from operations, that our anticipated earnings from the casino will be realized, or that future borrowings will be available under our existing debt arrangements.”

“The downgrade … considers Moody’s view that given Resorts’ monthly gross gaming revenue performance since opening in February, without a significant near-term improvement in revenue, Resorts will be challenged to support its annual fixed charges going forward, about $75 million,” Keith Foley, a senior vice president with Moody’s, wrote in June.

Moody’s initially expected the Catskills casino to be able to achieve $250 million in gross gaming revenue in Year One. Unless things change dramatically — and we are awaiting crucial August results — the casino may struggle to reach more than half of that figure.

From my visit, nothing is obviously amiss. I reached the front door just an hour and seven minutes from my eastern Morris County, New Jersey home, making it twice as close as Atlantic City and closer than the eastern Pennsylvania casinos.

The trip, during off-peak hours, is an easy one, going up Route 17/6 in New York State until Exit 106. The casino is just a couple of minutes from the highway.

It has multiple dining options and bars, free parking during the week, and, with the “Dirty Dancing” summer season over, no waiting for games or slot machines.

What Resorts World Catskills doesn’t have is sports betting — even though the five-year-old state law that led to the opening of four new upstate casinos, all of which are underperforming, expressly permits it at those sites.

Some legislators have offered hope that state regulators would offer the green light by the end of the year, but a Resorts World employee I spoke with Wednesday was unaware of any such possibility.

A significant portion of Empire Resorts’ losses comes from operation of the nearby Monticello Raceway, a 60-year-old struggling harness racing racino whose promised continuing operation under wealthy Malaysian casino operator K.T. Lim helped put the company’s bid over the top.

But another problem is that the casino hasn’t attracted enough New York City and northern New Jersey residents. The first billboard I noticed on Route 17 North was within 10 miles of the facility.

A battle for Asian gambling dollars

The casino promotes the fact that it caters to Asian and Asian-American gamblers, and that was apparent in the clientele, the restaurants, the buses coming from New York City, and even some signage.

(Yonkers Raceway, just north of The Bronx, and Resorts World Aqueduct in Queens offer thousands of slot machines each but no live dealer play, so they’re not favored by many of the wealthy Asian tourists.)

But Sands Bethlehem in Pennsylvania already has a long track record of attracting that market, so even though the Catskills site is affiliated with Lim and Malaysian-based Genting, it faces an uphill battle to grab that market share when it is no closer to Manhattan than Sands.

Offering visitors more to do could help the Catskills property, and an entertainment village with dining, retail, and an additional 100 hotel rooms is scheduled to open by the end of 2018.

Perhaps more importantly, a massive indoor water park is scheduled to open early in 2019, with a spa, arcade, ropes course, and restaurants rounding out the attraction.

Unfortunately for Resorts World, North Jersey residents will have their own indoor water park at American Dream Meadowlands sometime later in 2019.