The history of tribal gaming can be traced to the Seminoles, now aiming for new growth from sports betting 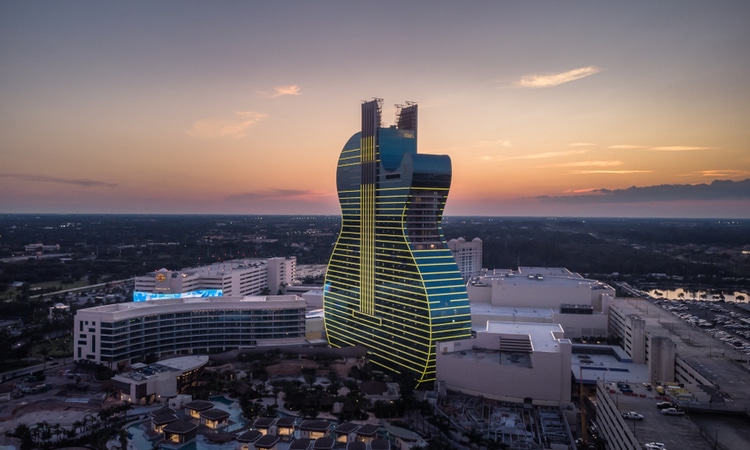 If it seems like the Florida Seminoles have worked out a good deal for themselves to expand their gambling empire by sports betting and other means in a new compact with the state, that is no accident.

The tribe for more than four decades has been a leader in the Native American gaming industry, a sector of the U.S. gambling world that can be traced back to the Seminoles’ success battling authorities who sought to shut down their first high-level bingo hall in 1979.

Two of the tribe’s casinos in Tampa and Hollywood, Fla. — both under the Hard Rock brand that the Seminoles themselves own internationally — are among the largest and most attractive in the Eastern U.S. They have six Florida casinos in all, and the compact reached this month with Gov. Ron DeSantis would allow additional casinos while providing them control over retail and online sports betting.

The compact awaits approval by the state legislature and the U.S. Department of the Interior, and it appears headed to a court fight with disgruntled other gaming operators or anti-gambling groups in Florida, but the potential it holds for the Seminoles fits with perceptions of how successful they’ve been for decades.

Seminoles a longtime power in gaming

Florida is not the biggest state for tribal gaming — tribes in California and Oklahoma have more casinos and draw more revenue from it. The difference is there are many tribes competing with one another in those states. In Connecticut, two competing tribes have played key roles in casino development and will do so in sports betting under a new state compact.

In Florida, the Seminoles hold all the cards when it comes to casino gambling, as neither comparable tribal rivals nor commercial casinos exist. A second smaller tribe, the Miccosukee, does exist as a splinter group who were originally part of the Seminoles, but that tribe has just one small gambling venue on the outskirts of Miami for what is known as Class II tribal gambling, primarily bingo-oriented.

Parimutuel operators such as racetracks and jai alai frontons have slot machines in two counties, Broward and Miami-Dade, but those are nothing comparable to the Vegas-style casinos on tribal reservation property in Tampa and Hollywood. There is no public reporting of the Seminoles’ revenue, but a lengthy Forbes article in 2016 said the tribe easily takes in more than $2 billion annually from those and a group of smaller gaming venues in southern Florida.

The success can be tied back well beyond that high-stakes bingo hall in 1979, to more than a century earlier. The Seminoles achieved 1800s status as the only tribe in the Eastern U.S. to resist the federal government and refuse relocation to Oklahoma or elsewhere. Hundreds of members fled to the Everglades, where the U.S. Army gave up on capturing them.

Several thousand descendants exist as the tribe today, not just surviving but thriving in comparison to many of the 248 tribes reported to operate more than 500 casinos nationally, which combined generate some $34.6 billion in annual revenue. It works out better in some places than others, as many of the casinos — due to their locations and markets — are small ones lacking any level of glitz.

“You’re pretty much stuck with where your reservation is,” noted Richard Schuetz, a former commercial casino executive who has been a consultant managing tribal casinos and who served on the California Indian Gaming Commission.

“The general rule is, we basically stole all the land from the Indians and gave them back the stuff we didn’t want, and in some circumstances they got lucky and the urban areas grew toward the casinos,” Schuetz said, which has worked well for some tribes around Los Angeles and San Diego but not necessarily others in California.

Population growth has similarly benefited the Seminoles in parts of Florida where they held longtime claims to land that had less value many decades ago.

Tribes commonly depend on their gambling money to support health care, education, and infrastructure programs, and the more successful ones like the Seminoles also use it for annual distributions to tribal members — reported to average more than $100,000 annually in their case.

“It’s made the Seminoles one of the five wealthiest tribes in the country,” said Robert Jarvis, a professor who teaches gambling law at Nova Southeastern University in Ft. Lauderdale. His office is a 10-minute drive from the Seminoles’ grand Hollywood casino, where a $1.5 billion expansion was completed in 2019.

On their land, tribes can pretty much do what they want

Jarvis has focused on tribal gaming law as well as the gambling industry generally and been just as impressed as Rocha by what the Seminoles have accomplished in their home state, starting with that bingo hall they developed as a revenue alternative to selling untaxed cigarettes. The federal court case they initiated for their right to run gambling predated a key 1987 U.S. Supreme Court decision in a California tribal case, as well as the 1988 Indian Gaming Regulatory Act passed by Congress to formalize tribal gaming rights.

In the Seminoles’ initial case, Jarvis said, “the federal court found that on Indian property the Indians could pretty much do whatever they wanted to. The other tribes saw the Seminoles making money and they followed suit,” leading to massive growth of tribal gaming starting in the 1980s.

Things didn’t progress in Florida exactly as the tribe sought, however. The IGRA legislation enacted by Congress spelled out the process for tribes and states to establish compacts enabling casinos on reservations, but while states were required to show “good faith” in negotiations, nothing compelled them to reach agreements with tribes.

Jarvis noted the Seminoles encountered resistance from former Govs. Lawton Chiles and Jeb Bush and the tribe lost a court fight attempting to require the state to reach an accord. When Charlie Crist became governor in 2007, he was more agreeable, ultimately resulting in a 2010 compact through which the tribe could build upon lower-level gaming it was already doing, in exchange for giving a share of revenue to the state.

The Seminoles had already been successful enough that they acquired Hard Rock International for nearly $1 billion in 2007, becoming the first Native American tribe to make such a transaction. Their hotel-casinos bearing that brand in Hollywood and Tampa have some 8,000 slot machines combined.

In 2018, the tribe and Disney combined to spend tens of millions of dollars to help win passage of Amendment 3, a statewide referendum determining that voters instead of the legislature will dictate what further commercial gaming is allowed in the state. Winning passage of that amendment, like the terms of the new compact, was part of the Seminoles’ savviness, according to Jarvis.

“The Seminoles want to be the one-stop shopping of gambling in Florida, saying ‘Whatever your gambling needs are, we will fulfill them. Whether sports betting or internet casino gambling or in person, we want to be a monopoly,’” Jarvis said.

“The Seminoles have put up a lot of money to fight gambling [competition], but they always do it in a low-key way. They’re low-key, but behind the scenes they’re major donors in the Florida Legislature, and a major player in crafting Amendment 3. … They’re very skillful at playing the legislative process and in how they do their PR.”

‘We’re all just living in the Seminoles’ world’

Under the new compact, the Seminoles would resume and increase their revenue-sharing with the state. They halted $350 million annual payments in 2019 in a dispute with the state over the house-run card games taking place at parimutuel facilities, a form of competition the tribe said the 2010 compact banned. The tribe won a court case upholding its position.

The new terms negotiated with DeSantis provide for annual contributions to the state in the $500 million to $600 million range. In return, the tribe is to receive control over retail and mobile sports betting. It could enter into partnerships with parimutuels but is not required to do so. The Seminoles’ casinos can also add craps and roulette, two standard games that the 2010 compact did not permit.

In other states recently announcing sports betting expansion that involve tribes’ definite or possible participation — whether Connecticut, Arizona, or New York — either commercial casinos, the state lottery, or professional sports teams are to play key roles in selecting sportsbook operators and gaining new revenue. The terms of the Florida compact only add to the Seminoles’ stature in the eyes of their peers, Rocha said.

“They didn’t give up anything, they just gained and got a finger in the pie of everything,” he said. “If anything, it’s a template for other tribes including the ones in California. The whole object of the game is not to give up exclusivity.”

Jarvis refers to the Seminoles, jokingly but admiringly, as the “800-pound gorilla” of gaming in Florida on its way to becoming a “3,200-pound gorilla” once the new compact is in full effect. The law professor acknowledges litigation is forthcoming but ultimately expects the state and tribe will have the agreement upheld by both the U.S. Department of the Interior and federal courts.

“The lawsuits will be a nuisance — a thorn in the side of the Indians and the state — but the Seminoles are going to be ready to go as soon as the ink is dry on that compact,” he said. “They’re going to do everything they need to do while the lawsuits are going on.”

And with sports betting in their domain and the other compact provisions adding to their casino revenue, it stands to reason that the tribe will carry more clout than ever.

As Jarvis says he’s told officials from the Florida parimutuel industry complaining about the compact, “Look, give it up. … We’re all just living in the Seminoles’ world.”