While the most populous states, Massachusetts and Connecticut, are making minor news, Maine is providing one twist after another. 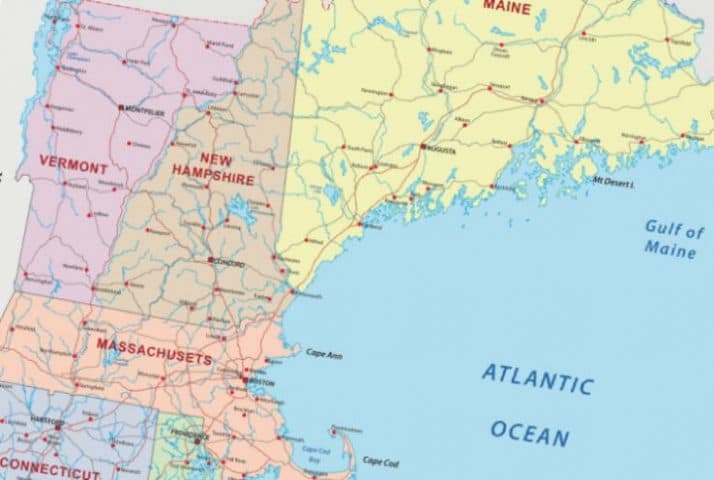 It is legal to place sports bets in Rhode Island and, as of about six weeks ago, New Hampshire. That much we know.

Beyond those simple facts, though, sports wagering legalization in New England has become a tumultuous, uncertain mix of steps forward, steps backward, steps sideways, and, in Maine specifically, all manner of dance moves at once.

Officials in The Pine Tree State have taken would-be bettors on a wild ride in recent weeks. Maine was poised to become the first state to legalize sports wagering in 2020 until Gov. Janet Mills’ unexpected veto on Jan. 10, which was followed last Thursday by an improbable override in the state Senate.

On Monday, the Bangor Daily News reported that the override is alleged by one opponent of the sports betting bill to have come down to an accidental vote by Republican state Senator Lisa Keim.

Accidental … or accidentally on purpose?

Keim opposed the measure when it passed in 2019 but last week voted in favor of the veto override — an override that succeeded by a single vote, scoring a 20-10 victory when it needed a two-thirds majority.

Christian Civic League of Maine Executive Director Carroll Conley claims, however, that Keim told him her vote was a mistake. Even if that’s true, the bill has already been sent to the House, where the expectation is that the governor’s veto will also be overridden. [See update below]

No I do not. Every session in every state there is some close vote where a legislator votes against their historical record. We had a staunch anti- gambling senator do exactly the same thing. Cast the deciding vote on a massive expansion bill (later vetoed). Happens often.

Keim, who has a Facebook page but no Twitter presence, has yet to comment on her vote publicly. But it very well could be a careful political calculation on her part to leave her intentions ambiguous so that she could cross the governor with limited blowback.

While Maine might be in line to become the third New England state to legalize sports betting, the two most populous states in the region have both been under the microscope of late. One is running in place, while the other might be taking baby steps forward.

Massachusetts has been taking its time exploring the issue ever since numerous bills were introduced in January 2019, and it was afforded a little more time last week. A legislative deadline came and went, but the lawmakers received an extension to consider sports betting bills until Feb. 28.

MGM Springfield has been struggling financially, posting record low revenues, and the casino’s president, Michael Mathis, has been outspoken about the difference sports betting would make. Advocating for the legislature and Gov. Charlie Baker to legalize the activity “is a major focus of ours in the first quarter,” Mathis said this month.

Baker has made his position clear, saying he’d like the legislature to get moving on sports betting as “people in Massachusetts should be able to play in Massachusetts.”

Meanwhile, in Connecticut, the General Assembly opened last Wednesday and lawmakers came into it with a 41-page bill for gaming expansion already drafted. The bill would legalize both retail and online sports betting, as well as online casino games, including Keno.

Still, Gamble On podcast co-host John Brennan sees sports betting passage in Connecticut in 2020 as a long shot, largely because it involves agreement over where to build a new casino. “I think they’ve gotten the easy part done already,” Brennan said on the most recent episode. “Now comes the hard part.”

It’s possible that Connecticut and Massachusetts will ultimately find themselves competing not to finish last in New England, since Vermont introduced a mobile-only sports betting bill in January.

[UPDATE: Following the initial publication of this article, just after noon ET on Tuesday, the Maine House voted on overriding the governor’s veto and came up short of the two-thirds majority needed, with 85 votes in favor of the override and 57 against.]