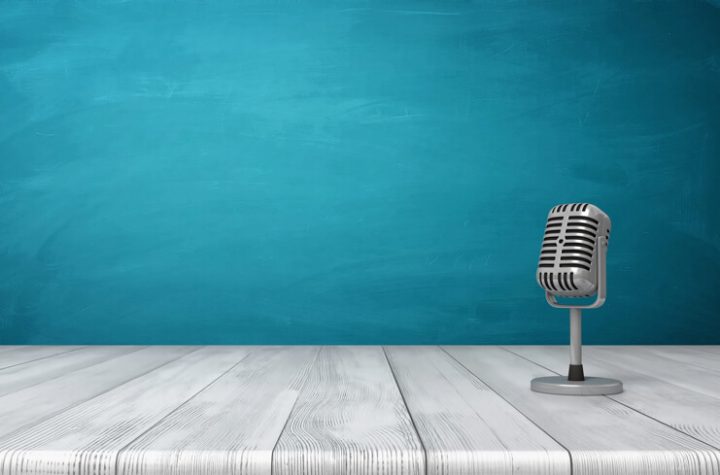 The Detroit Lions trail the Green Bay Packers by two touchdowns with just 22 seconds left on the clock. The game is effectively over. But play-by-play man Al Michaels is finding things to talk about: “Well, what do we got here? We got 31-17. Hmmm. Just a little bit under where some folks would like to see this one wind up, but so be it.”

Matt Stafford takes a snap out of the shotgun and launches the ball 50 yards in the air, and Anquan Boldin comes down with it in the end zone. “Well, that’s overwhelming,” Michaels declares.

Michaels was using coded language — though not particularly deeply coded — to convey that anyone who bet the “under” for the score total just took a bad beat on an otherwise meaningless play.

It was a different time, a time when mainstream sports broadcasters had to tiptoe around gambling references. It was way back on … January 1, 2017.

A tipping point for sports betting

When I interviewed poker pro Kenna James for my oral history of the 2003 World Series of Poker, he looked back on ’03 as “the tipping point in which poker was coming out of the smoky backrooms and into everybody’s living room.”

That’s where sports betting appears to be right now. Since the Supreme Court overturned PASPA on May 14 and opened the door for individual states other than just Nevada to offer legal, regulated sports wagering, mainstream sportscasters like Michaels have been able to stop using smoky-backroom language. Spreads, covers, overs, unders, and parlays are increasingly welcome in America’s living rooms.

“There was always that hurdle,” says Jimmy Vaccaro, the veteran Las Vegas bookmaker who sets the lines at South Point. “Even when I’d speak to someone on the air a few years ago, they would tell me up front, ‘You know, listen, you can talk about it, Jimmy, but no point spreads.’ That has slowly eroded.

“The great boost will be when, just a few miles from where I’m sitting right now, the Raiders will be playing football and we’re talking about their point spreads and overs and unders and whatever. But already, it’s changing. The media has now finally, finally jumped on board, and sports betting is another vehicle that makes for great stories.”

Will the revolution be televised?

A week ago, The Sporting News reported that Fox Sports has a TV show built around sports gambling in the works, expected to premiere in the fall in the 5-6 p.m. hour. The show, according to unnamed sources, was said to star Charissa Thompson, Brent Musberger, Todd Furhman, and Clay Travis.

Whether there is or isn’t a gambling-focused show coming to Fox Sports (Fox has declined comment thus far) and whether Musberger will or will not be a part of it, the fact that such a mainstream outlet is talking about such a program is the sort of thing that was borderline inconceivable a few months ago.

There are gambling shows to be found in 2018, but not on traditional TV outlets. On the internet, you can find The Line on Sports Illustrated’s video arm, The Action Network’s I’ll Take That Bet on ESPN+ (ESPN’s new subscription-based digital service), and podcasts like “Cousin” Sal Iacono’s Against All Odds.

So gambling content is spreading now that sports betting is increasingly viewed, both legally and by network suits, as an above-board activity. But a full-on “let’s talk gambling” show on TV is at least a few baby steps away. For now, the networks continue to just dip their toes in with brief gambling segments, like “Bad Beats” when Scott Van Pelt hosts SportsCenter.

“We talked about [sports betting] quite a bit on radio, just because you had the latitude to do it,” Van Pelt told Jimmy Traina on the SI Media Podcast on May 17, days after the Supreme Court’s ruling. “On TV, you know, I’d make a reference here and there, but it was definitely more the thinly veiled, the eyebrow being raised, ‘you know what I’m doing if you know what I’m doing’ kind of thing.”

Traina asked Van Pelt if we’ll soon see shows devoted to gambling, like the rumored one in the works at Fox Sports, coming to TV.

“I’m positive we will,” Van Pelt said. “I’d be stunned if you didn’t see us, Fox Sports 1, NBC Sports, CBS Sports, anybody that’s got hours to fill, I’d be shocked if they didn’t take a stab at it. … I think you’ll see it bleed into coverage now, way more — less covertly, more overtly.”

On June 21, Todd Fuhrman, the co-host of The Line and one of those names floated for the Fox show, appeared on Traina’s podcast and echoed Van Pelt’s expectations.

“I have to imagine,” Furhman said, “there are a lot of TV partners and digital players out there that are currently kicking the tires and maybe doing more exploration on how they’re going to be able to integrate sports gambling content in the fabric of the way we watch sports.”

Coming soon to a network near you

It’s hard to argue with numbers, and the numbers suggest that sports gambling and sports viewing go hand in hand:

The National Research Group found that 79% of current and potential gamblers said they would watch more sports live if betting were legalized. https://t.co/TNe1OBDRRj

Sports betting isn’t the taboo topic it once was, especially now that the Supreme Court has signed off on it. The mainstream media hasn’t fully embraced it yet, but networks are at least putting feelers out.

With NFL season fast approaching, it’s probably only a matter of months before the variety of options for hearing sports gambling discussed on TV is, to use Al Michaels’ favorite word, overwhelming.

Behind The Counter: A College Football Day In The Life Of A Vegas Sportsbook