New Hampshire was looking out for its own online lottery with its DOJ complaint, but the ramifications apply to all online gaming. 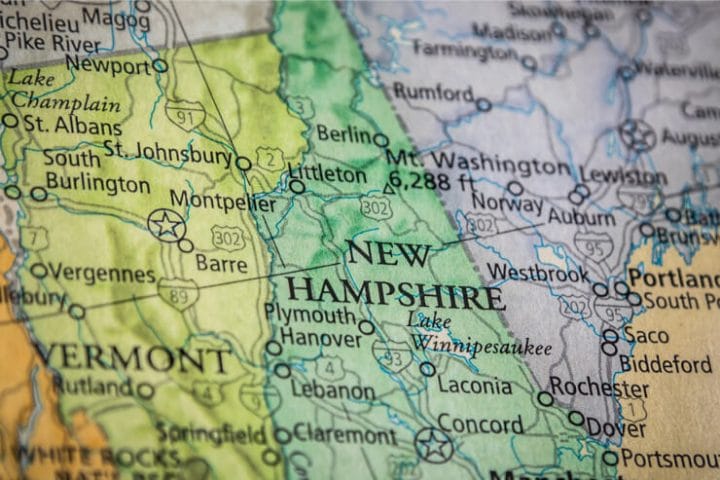 Last week, the New Hampshire Attorney General filed a complaint against the recent Department of Justice opinion that applied the Wire Act to all forms of online gambling. As we await a ruling on New Hampshire’s complaint, experts have begun to speculate about its impact — in New Hampshire and beyond.

For instance, New Hampshire’s focus is on ensuring that its online lottery, just launched last year, and its Powerball offerings are not endangered.

But if a federal court reverts back to the 2011 DOJ opinion that The Federal Wire Act of 1961 only applies to sports betting, that also would be a victory for the interstate online poker compacts among New Jersey, Nevada, and Delaware — and, perhaps later this year, Pennsylvania.

Daniel Wallach, a gaming law attorney and co-founder of the University of New Hampshire Sports Wagering & Integrity Program, said he has little doubt that The Granite State will prevail via a summary judgment.

He cites the U.S. v Lyons 2014 case that was decided in this same First Circuit Court of Appeals as “stare decisis,” the legal principle of courts deferring to precedent. New Hampshire’s complaint also cited the case, asserting that it concluded that the Wire Act was relevant only to sports betting.

It should be noted that a parallel filing was made Friday by NeoPollard Interactive LLC, which is the service provider for New Hampshire’s iLottery system, and whose law firm is Gibson, Dunn & Crutcher, with prominent attorney Ted Olson on its roster. Olson, of course, was the chief attorney for New Jersey in its successful bid to overturn the Professional and Amateur Sports Protection Act of 1992 and end Nevada’s near-monopoly on legal sports betting in the U.S.

More states to jump in?

Wallach said he expects Maine, Massachusetts, and Rhode Island — also part of the First Circuit — to file amicus briefs this week as they seek to protect their own state lotteries.

“I think iGaming stakeholders from other states also might intervene, seeking a national ruling on the issue,” Wallach said.

But Wallach added that unless such a ruling was issued, a narrowly favorable outcome for New Hampshire would not be binding on other circuit courts.

That’s why former New Jersey state Senator Ray Lesniak, one of the Founding Fathers of the anti-PASPA movement, says that the expected New Hampshire court victory “doesn’t mean much.”

Lesniak said that such a ruling — which would backstop a 2002 Fifth Circuit (Texas, Louisiana, Mississippi) ruling In Re: MasterCard International Inc. that also found the Wire Act to be specific to sports betting — isn’t enough for him.

“The [DOJ’s] opinion still has a chilling effect on New Jersey gaming operations,” Lesniak said. That’s why he still intends to seek his own summary judgment in his Third Circuit. “A First Circuit opinion would not be binding on a New Jersey court,” Lesniak said.

Lesniak added that he is “convinced” that Matthew Whitaker, who served as acting attorney general from November 2018 until last week, played a role in the DOJ opinion. Lesniak also said that he believes that Pennsylvania’s pending rollout of online casino gaming, including poker, hastened the DOJ’s action.

“We’re trying to make New Jersey the Silicon Valley of internet gaming, and [DOJ] would prefer to stop it,” Lesniak said. “Having just the three states [in the online poker compact] is barely enough liquidity. We need more.”

The letter of the law

“In light of the Office of Legal Counsel’s reversal of the Department of Justice’s 2011 interpretation of the Wire Act, the ramifications to New Jersey could be myriad and of consequence.

“The most immediate consequence of the opinion has been the doubt and confusion it has sown among both regulators and the regulated entities operating within their borders. In the short term, this manifests in a reluctance on the part of regulated entities to make ongoing investments in introducing new products to market, innovating within existing product verticals and taking immediate steps to limit legal exposure.

“It is the last of these that has the most detrimental repercussions for New Jersey. In the case of poker, it undermines previously signed interstate compacts, which cripples the customer experience. Without the interstate compacts, there is not enough customer liquidity within New Jersey to provide games on demand. Accordingly, we anticipate customers would turn to offshore, unregulated sites that have no integrity protections and certainly do not remit taxes to the State.

“As state regulators work towards their own respective interpretations on how best to comply with the opinion, conflicting solutions will also impose difficulties on our company. It has recently come to our attention that Pennsylvania regulators are weighing the need for entities operating mobile platforms to have staff and offices located within the jurisdictions. If this were to be required it would cause an additional loss of New Jersey based employees and further diminution of the taxable base.”