The New Hampshire Lottery reasserted its efforts to fight the claim that the Wire Act applies to all forms of wagering crossing state lines. 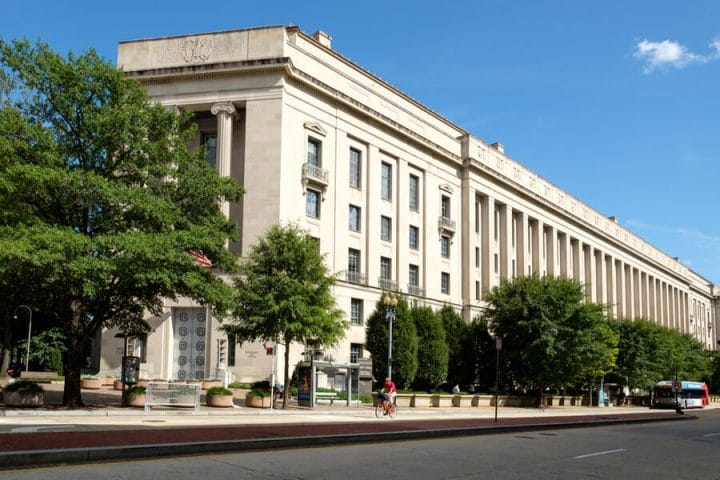 The U.S. Department of Justice stepped on a hornet’s nest — namely, the U.S. lottery industry — when it published a directive in January 2019 finding that the Federal Wire Act of 1961 applied to all forms of wagering that cross state lines.

And on Wednesday, the New Hampshire Lottery reasserted its efforts to stop such claims in their tracks.

In a filing to the U.S. 1st Circuit Court of Appeals, attorneys for the Lottery insisted that the DOJ’s attempted backpedal last April — when it asserted that its directive “did not address whether the Wire Act applies to State lotteries and their vendors”  — did not remove the Lottery’s concerns about its future.

Therefore, the attorneys are seeking to have the appeals court affirm a lower-court ruling that vacates the 2019 directive.

The Lottery still is “confronted with the uncertainty of whether, or to what extent, it needs to cease operations because all of its lottery-related activities use the Internet,” the attorneys wrote. “The implications are immense: the broadest interpretation of the 2018 Opinion [published in 2019] could require the suspension of all sales, resulting in an immediate annual loss of $90 million to the State.”

The directive gave states 90 days to conform to the new, stricter interpretation that reversed a 2011 DOJ opinion that clarified that only sports betting across state lines was prohibited by the Wire Act.

The January 2019 announcement took the U.S. gambling industry by surprise and was broadly seen as a nod to Las Vegas billionaire Sheldon Adelson, who for years has waged war against online casino gambling.

That announcement most obviously put the still-developing online poker industry in question, since New Jersey, Delaware, Pennsylvania, and Nevada in a perfect world can join up with later-arriving states to produce a robust number of games at all price points for players in any of those states.

But what about Powerball and Mega Millions? Those lottery games operate in dozens of states. New Hampshire also since 1985 has been a member of the Tri-State Lotto Compact with Maine and Vermont, offering a variety of games sold in all three states.

To complicate matters further, even in-state lotteries use technology that features internet servers in different states. In fact, this is by design:

“Pursuant to industry regulation and best practice, lotteries are required to have duplicate [computer gaming system] locations so that they can continue to operate if one system fails,” the attorneys told the court. “Frequently, these duplicate systems are sited in different states to create sufficient geographical diversity to continue operations in the event of a natural disaster… To the extent that the [Lottery] cannot utilize internet communications for its operations, sales would likely be reduced to approximately 25% of their current level.”

The attorneys attacked the 2018 opinion and subsequent 2019 directive quite directly.

“The 2018 Opinion continues to loom large over the [Lottery], casting a shadow of criminality over its ongoing lottery operations and rendering uncertain its future revenues, business relationships, and ability to expand its operations.

“The 2018 Opinion’s interpretation of the Wire Act is tortured, unnatural, and unpersuasive. It is a results-oriented analysis designed to reach a specific conclusion (i.e., that [the Wire Act] reaches all gambling activity, not just sports gambling). It does not endorse the most natural, coherent reading of the statute that is consistent with the statute’s structure, purpose, and context.”

Lottery players and online poker backers seem to have the legal upper hand here, but the New Hampshire Lottery — on behalf of all of them — is taking no chances.