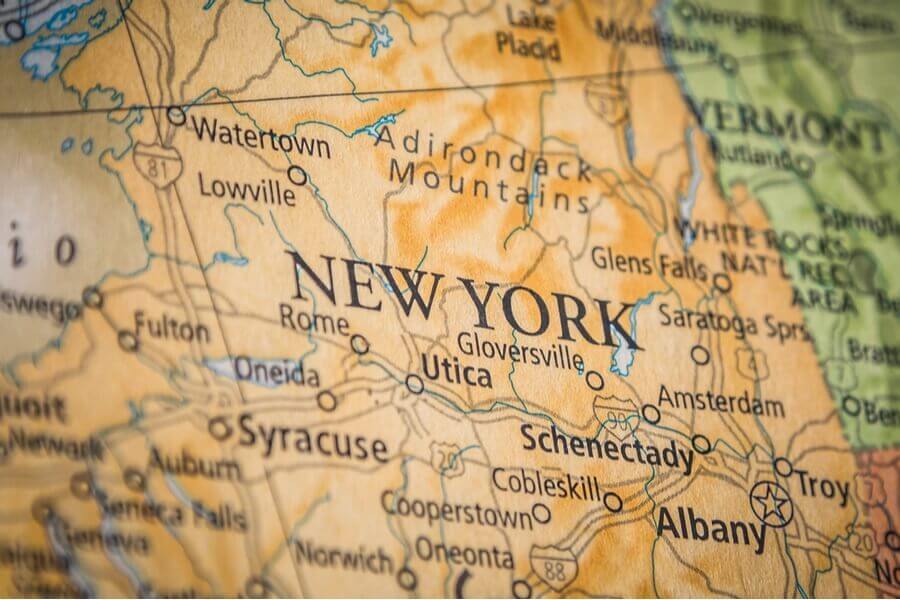 Sure, the combined $3.6 million was a drop in the bucket compared to their New Jersey counterparts, who took in $82.6 million in January thanks almost entirely to the state’s authorization of mobile sports betting. But it still counted as progress.

The same four New York casinos hauled in a total of just $1.2 million, only one-third of what they collected a month earlier. That’s the sort of impact that the end of an NFL season can have.

Rivers Casino & Resort in Schenectady continues to maintain its status as top dog among the four upstate properties, all of which are more than 90 miles north of New York City.

Rivers is now a perfect 6-for-6 in the monthly sports betting revenue reports since September, taking in $463,000 in February. But that comes after a four-month stretch when the site averaged just above $1 million in revenue. February’s figure dropped the casino just below that $1 million average for the six-month period.

The only real competitor for Rivers in terms of revenue is del Lago Resort & Casino in Waterloo, in the Finger Lakes region off I-90. Del Lago, after a three-month span with just over $3 million in total sports betting revenue, slipped to $376,000 in February.

The battle for third place remains unsettled between Tioga Downs, in the greater Binghamton area, and Resorts World Catskills.

In January, Resorts World climbed to a new high of $480,000, but that was  followed by just $157,000 in sports betting revenue in February for the financially strapped Genting property. Still, that was about $700 more than Tioga could claim for the month.

The rest of the story

Resorts World flips the script, however, in its report of total gross gaming revenue over the past six months.

The Monticello-area property has nosed out Rivers in slots revenue, $43.3 million to $42.6 million, with del Lago ($36 million) and Tioga Downs ($26.2 million) trailing as casinos located in areas with lower population density.

Resorts World really shines in table game revenue, at $21 million over the six-month span, vs. $11.5 million for Rivers, $4.3 million for del Lago, and just $2 million for Tioga Downs, which leaves the latter site well back in total gross gaming revenue for the fiscal year.

All four casinos were closed from April through August, leaving them with no source of revenue at all.

In neighboring New Jersey and Pennsylvania, meanwhile, mobile sports betting and online casino gaming boosted the bottom lines of those casinos during retail gaming shutdowns, although much of the online revenue is kept by the casinos’ gaming partners who operate the sites.

A New York State law passed in 2013 paved the way for construction of the four aforementioned casinos, with a moratorium on the opening of up to three casinos in the New York City region. That delay existed to give the upstate sites a chance to establish their customer base.

The moratorium for development around New York City is scheduled to expire in December 2022, at which point licenses could be issued. But state Sen. Joseph Addabbo Jr., whose home is just a furlong or two away from Aqueduct Raceway and its adjoining Resorts World racino, is seeking to speed up the process as part of current budget talks.

The state Senate on Monday passed its budget with that in mind, adding a 10% “weight” to applications by properties such as Aqueduct or the Empire City racino at Yonkers Raceway. The provision could get a casino up and running faster than rivals who would have all sorts of regulatory and construction challenges before greeting the first gambler.

The state Assembly, which passed its own budget in lockstep with the Senate on support for mobile sports betting, did not include the accelerated casino opening timetable in that budget.

The next two weeks will be the annual whirlwind in Albany, as the two chambers work to reconcile their budgets with each other as well as with embattled Gov. Andrew Cuomo, who in January signaled support for mobile sports betting — but on far different terms.

Converting Empire City in Westchester County from a large slots parlor to a full-scale casino with live-dealer table games would siphon away gamblers who prefer that form of wagering from Resorts World Catskills.

If Cuomo succeeds in cutting the upstate casinos out of a share of the mobile sports betting pie, that Sullivan County property might struggle even to survive in the coming years.