One gaming analyst believes the three potential casino licenses in the New York City area are worth a billion dollars apiece. 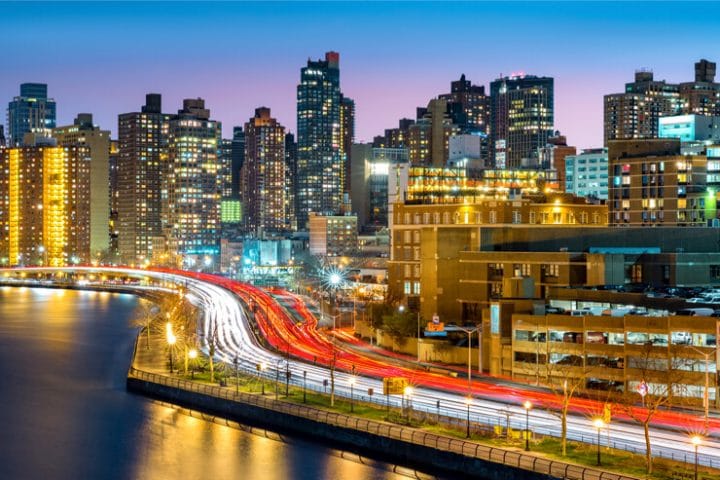 What is a New York City-area casino license worth?

Other than “a lot,” the most popular speculation has pegged each of the three licenses — currently unavailable by state law until 2023 — at roughly $500 million.

But at a New York state Senate hearing last week, an expert explained his rationale for an estimate of a staggering $1 billion apiece.

Gaming analyst Charles Vickery, testifying before the Senate Committee on Racing, Gaming, and Wagering, said, “The legalized oligopoly structure of the downstate market limited to three commercial casinos, combined with limited nearby competition from adjacent states, will enable these casinos to generate unprecedented levels of gaming-related revenue.”

Vickery cited a Caesars Entertainment valuation of its licenses for Hoosier Park and Indiana Grand casinos in mid-2018 at a combined $1.4 billion in a state of 6.7 million people. A study of the fair market value of the Harrah’s New Orleans gaming license, meanwhile, came to a figure of $291 million for a metropolitan-area population of 1.3 million people.

“There are dozens of gaming license transactions and valuations in other markets that support a $1 billion fair market value for downstate New York casino licenses,” Vickery told the committee.

The estimate buttresses the argument of committee chairman Joseph Addabbo that it would be foolish of New York to fail to amend a moratorium on New York City-area casino licenses until 2023.

Addabbo told US Bets on Tuesday, however, that he is not willing to predict a precise figure for the value of those casino licenses.

“The problem with citing a definite estimate is that if it doesn’t come true, the whole process is seen as a failure,” said Addabbo, presumably referencing revenue estimates for four upstate casino licenses that Vickery found have underperformed the numbers by a collective 32%.

Similarly, Addabbo said that the purpose of the hearing was simply to listen to the goals of interested parties.

“I made it clear at the start that this discussion was not about the process of deciding on casino licenses — that is for the governor’s office to figure out,” said Addabbo. “Right now, those three licenses are not generating any revenue. The idea is to get the administration to start thinking about it now, even if nothing can be done this year.”

Sources at Empire City Casino at Yonkers Raceway and Resorts World Aqueduct have suggested the $500 million licensing figure, according to Addabbo, who said he also was encouraged by a representative from Las Vegas Sands — owned by billionaire casino mogul Sheldon Adelson — at the meeting demonstrating interest in bidding for one of the licenses even without a specific site in mind for a casino.

Addabbo said the meeting was a “success” in terms of hearing from concerned parties such as advocates for funding for compulsive gambling programs as well as from the state’s horsemen who want to ensure that a current racing purse subsidy from video lottery terminals at Yonkers and Aqueduct would remain unscathed by the potential upgrade to full-fledged casinos at the sites.

The New York legislature passed a law in 2013 allowing for four casinos to be built upstate, and those facilities opened between 2016-18 — including a struggling Resorts World Casino in the Catskills. Another provision of the law barred any casinos from opening in the New York City area before 2023, to allow the upstate casinos a chance to get a head start before competition arrived.

As for the cost of New York not having mobile sports wagering, a report in The Wall Street Journal on Tuesday cited a report that pegged the amount wagered by New Yorkers in New Jersey in 2019 at $837 million out of the $4.6 billion total.

That’s due to New Yorkers visiting the Meadowlands Racetrack, Monmouth Park, or Atlantic City casinos — and in some cases, simply crossing the Hudson River to make wagers by phone and then quickly returning home.

New Jersey’s tax revenue on sports wagering came to $36.5 million in 2019, so that computes to a rough loss in tax revenues for New York over the lack of mobile sports betting of about $7 million. That figure likely will increase each year that New York does not act, as awareness of the Jersey-side gambling option grows among sports fans who are only casually acquainted with betting.