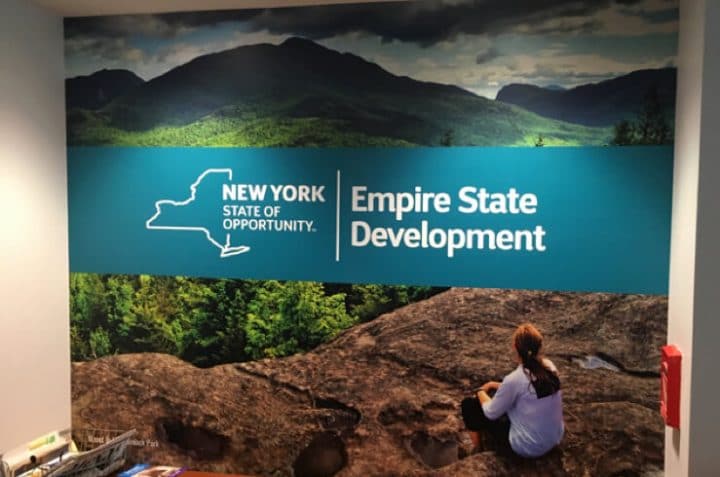 Proponents of the expansion of legal sports betting in the U.S. might be tempted to look at New York State’s action on the issue on Monday as another key step in the national process.

But the state Gaming Commission board vote to approve final regulations of such gambling is just an inevitable — if delayed — result that is finally taking place six years after it was set in motion. And with a variety of major limitations, this development is by no means a game changer.

The story behind the law

New York was ahead of the game in June 2013, when Gov. Andrew Cuomo signed into law the Upstate NY Gaming Economic Development Act that called for up to four commercial casinos.

The 68th of 72 amendments to the Racing, Parimutuel Wagering, and Breeding Law that was part of the Act read: “bans sports wagering unless federal law governing such wagering is amended or a court finds such law unconstitutional.”

Voters approved a statewide referendum on the Act a few months later, and the law was born. Pretty forward-thinking, no?

And thanks to neighboring New Jersey’s six-year legal battle, the U.S. Supreme Court on May 14, 2018 opened the door for sports betting in any state that wants it. That meant that the four casinos that had opened by the time of the ruling — Resorts World Catskills, Tioga Downs, del Lago Resort & Casino, and Rivers Casino & Resort — were entitled to sports betting.

Assemblyman Gary Pretlow, who sponsored the casino bill, showed some foresight with that clause — but now regrets that he didn’t think of another one. A lack of specific clarification in the law that mobile sports betting is permitted has led to a political stalemate on the issue in Albany that, barring an unexpected change of heart by Cuomo next week, will keep legal mobile betting sidelined for the rest of 2019.

Cuomo has little interest in the issue in spite of the existence of widespread illegal sports betting of all sorts in his state. He calls potential sports betting tax revenues “a rounding error” in a mega-billion-dollar state budget. (That’s literally true, which is why proponents who tout tax dollars to be collected might be better off focusing on the consumer protection aspect.)

But Cuomo hasn’t budged. And he sees countless issues as higher priorities to talk about with legislators.

For instance, a 60-day period for public comment just ended last month, and then the board staff had to wade through 19 responses — some of which had more than a dozen suggestions.

But why did it take 13 months post-PASPA to get to this point? We haven’t figured that out yet.

So what did happen at the state Gaming Commission’s board meeting in midtown Manhattan on Monday?

One good hint that this was not likely to be a blockbuster was that US Bets was the only media outlet in attendance (others no doubt watched the live video feed).

After the usual “meeting stuff” such as approval of the minutes of the previous meeting and a roll call of board members, it was noted that the goal of the board was to adopt rules “as soon as practical” while acknowledging that “novel or unique concept ideas can be visited at a later date.”

The board heard discussion only on the handful of comments on which the board agreed. Some of these were typos, or changes of one or two words. The most significant probably was this one by William Hill US, as explained by the board website last week:

“This section requires a segregated booth for a cashier cashing a ticket of more than $20,000. The commentator suggests that this threshold be lowered to $10,000, to better protect patron privacy and increase security.”

That change also was accepted.

Note our use of the word “significant.” If any change was deemed “substantial,” then per New York commission by-laws it’s back to the drawing board of seeking more public comment on the “substantial” change.

From there it was just, “Any questions? … Hearing none, the motion is adopted and moved … All in favor, say aye.”

And after a voice vote, the motion was approved by a 6-0 vote. The whole “drama” took just under 10 minutes.

The approved amendments will be submitted to the Department of State for publication in the State Register, per Gaming Commission rules (they have a lot of rules).

The general expectation is of sports betting heading upstate in August. But asked about that timeline, Tioga Downs racino owner Jeff Gural, who happens to also own a little site called the Meadowlands Racetrack, told US Bets, “Earlier, if possible.”

At any rate, New Yorkers can expect to be able to legally bet on sports in time for the fall 2019 football season.

And how far, you wonder, are these casinos from the midtown Manhattan site of Monday’s vote?

There are other options, of course.

For instance, from that Manhattan East Side high rise, it’s:

So it’s a toe in the water for New York — but not even a big one.