Four major operators kick off legal digital wagering, and enthusiasm and specials set the tone for the day 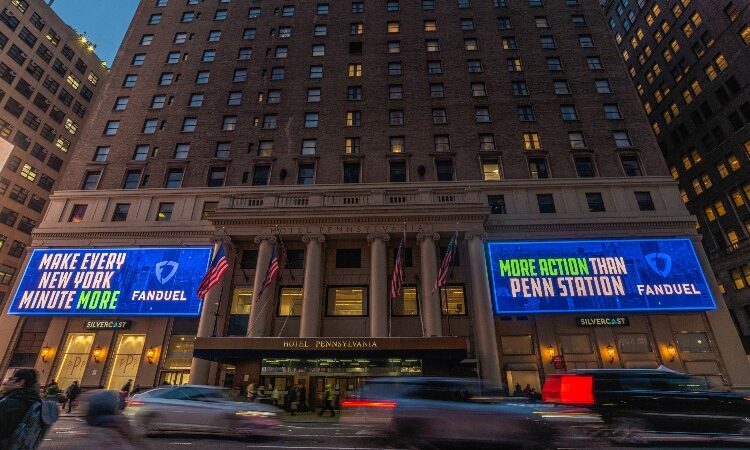 The “city that doesn’t sleep” had to wait until 9 a.m. Saturday to roll over in bed and wager from a mobile device. When the clock struck 9, New York became the first state of 2022, and the biggest by population aside from a curtailed effort in Florida, to launch digital sports betting platforms.

BetRivers, Caesars, DraftKings, and FanDuel made up the “First Four,” as the NCAA likes to call it, in a market that will ultimately have nine digital platforms and where the state will rake in a whopping 51% of revenue in taxes.

As daunting as that number is, commercial operators clamored for a chance to secure a spot in the state, and they say they’ll make the numbers work.

“We have been in the business for a long tine and we understand how to run it at scale and with efficiency,” Caesars Head of Sports Ken Fuchs told US Bets ahead of the launch. “We’re comfortable with that.”

That tax rate is tied with New Hampshire for the highest in the nation, and while many have suggested that it will make it difficult for operators to offer competitive lines, that’s exactly what they will have to do if the state hopes to keep residents from continuing to cross the border to New Jersey (13% mobile tax rate) to place bets.

With Saturday’s launch, the flow of bettors crossing the border to New Jersey to bet is expected to slow. FanDuel’s media department acknowledged just that in a press release Saturday morning, writing: “Residents of New York have been betting with FanDuel Sportsbook for years. Now they won’t have to travel over bridges, through tunnels, or via highways to place their bets in New Jersey, Pennsylvania, or Connecticut.”

And if the enthusiasm with which those “First Four” went live Saturday morning is any indication, they’re willing to spend to not only be in New York, but to dominate. All four operators offered signup bonuses and other incentives, including Caesars’ stunning $3,000 deposit match.

The gaming company best known to many for its massive Caesars Palace complex on the Las Vegas Strip was, like every other operator, brimming with excitement ahead of Saturday’s launch.

“Look, I’ve been in this business for several years and this is what we’ve been waiting for,” Fuchs said. “New York is an unmatchable state with an unmatchable sports culture, and it’s an incredible opportunity for us.”

Caesars, which already partnered with some of the biggest names in New York — Madison Square Garden, the New York Knicks, and the New York Rangers — also has a tribal partnership with the Oneida Nation, for whom it runs the brick-and-mortar sportsbook at Turning Stone Casino.

In total, if consumers were to download all four apps Saturday morning, they potentially could get $4,750 (and free gear) in some form of promotional credit or matches. Caesars is offering $300 for new users when they register; FanDuel is offering a $1,000 first-bet match; BetRivers is offering a signup bonus up to $250; and DraftKings is offering the chance to bet $5 on any moneyline and win $200. The companies are all offering other specials, including bonuses for referring friends and boosts for New York-specific games, and Caesars is offering a free NBA jersey for the first $100 bet a customer makes.

In the early going Saturday morning, sportsbooks took to tweeting about their first bets, which were diverse. At Caesars and DraftKings, the first bets were parlays:

The first mobile bet in New York was a 6-team parlay:

FanDuel at 9:01 a.m. took a $21 wager to win $41 on the over in total points for the Cowboys-Eagles Saturday night game, while at BetRivers the first bet was a traditional NFL bet against the spread. That wager was placed just seconds before 9:10 a.m. — the company apparently had some issues getting their app into the App Store and Google Play: