New York entertains online poker legislation for the sixth straight year, as a new sponsor in the Senate emerges. 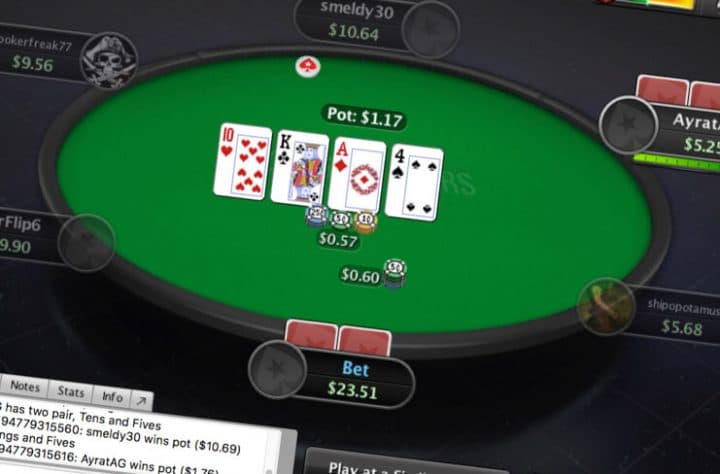 Legislation pre-filed in the Empire State would establish the regulation of real-money online poker platforms. It marks the sixth consecutive year that the state has pondered establishing a white market for internet poker, rather than letting unregulated black market sites continue to do business with New Yorkers.

Taking over the online poker efforts from former Republican State Sen. John Bonacic, who retired at the end of 2018, is Sen. Joseph Addabbo, a Democrat.

Poker players in New York shouldn’t get their hopes up yet. Though online poker legislation has passed the New York State Senate on two occasions, efforts historically have been dead-on-arrival in the Assembly. There’s no indication it will be a different story in 2019. Policymakers are considering sports betting legislation separately (also sponsored by Addabbo), and that’s currently a more lucrative option for the state thanks to the nationwide sports betting boom.

Online poker is a struggling vertical in neighboring New Jersey. However, Pennsylvania is expected to have online poker sometime in 2019, which could further develop the nascent U.S. regulated online poker market and make the game more attractive for New York lawmakers who have yet to be swayed.

In a 2015 online poker hearing in Albany, the likes of MGM Resorts and Caesars Entertainment testified to the New York Senate’s Racing, Gaming, and Wagering Committee that regulating online poker would be a good move for the state. The Senate ultimately agreed, but the Assembly has repeatedly dropped the ball.

According to projections discussed at that hearing, New York could see a mature online poker market worth about $280 million annually in taxable revenue. Sports betting has the potential to generate more than four times as much taxable revenue for New York, according to a 2017 Oxford Economics study.

Online poker is an issue that underscores just how poorly, in some instances, New York’s government represents the values and opinions of its residents.

Five years ago, polling found that 71% of New Yorkers agreed with the basic idea that online poker should be legal and regulated. The poll was conducted on behalf of MGM and Caesars.

The legislation, S 18, could place restrictions on firms that offered online poker in the U.S. after Dec. 31, 2006. The so-called “bad actor” language was added to New York’s online poker efforts back in 2017. It’s intended to give state regulators the authority to deny entry to companies that offered internet casino gaming, including poker, to Americans when the activity was effectively in a legal gray area.

The inclusion of the bad actor language in the Addabbo bill is a good indicator that the provisions are here to stay. The company that could be most affected by the provisions is The Stars Group, owner of the PokerStars online poker brand. TSG has around 70% global market share for internet poker.

New York’s bad actor provisions, if they became part of the new law, wouldn’t be an outright ban on PokerStars. It would simply give the New York State Gaming Commission the power under the law to “consider those factors it deems relevant in its discretion.”

Regulators effectively would decide if a casino in New York could partner with PokerStars.

Under the bill, online poker licenses would be for 10 years and cost companies a one-time fee of $10 million. The eight-figure fee would be paid in 60 monthly installments.

Online poker revenues would be taxed at 15%, which would be distributed to the state lottery fund.

The New York Lottery is used to providing funding to public schools.

Though New York is among the nation’s wealthiest and most populous states, a ring-fenced New York online poker market more than likely isn’t viable. The success of the industry would depend on New York linking up with other online poker states.

S 18 calls for online poker regulations to address “[a]ny arrangements to share revenue between New York and any other state or agency within another state.”

Currently, Nevada, New Jersey, and Delaware share online poker players, though only one online poker operator (Caesars) is licensed in all three states. As we approach eight years since the infamous Black Friday, which booted PokerStars from the U.S. market, regulated online poker is still in its infancy.

Could MGM move the needle?

One is hard-pressed to find nuggets of optimism in New York’s chances for online poker in 2019. However, MGM Resorts, a proponent of online poker in the state, will soon close on its $850 million acquisition of the Empire City Casino, a slots and racetrack gambling facility located in Yonkers.

The logical assumption is that it gives the casino giant more clout in Albany. MGM has long eyed expansion in the New York casino market, including the hope of building a casino in New York City.

The online poker community should have some hope that MGM, along with Caesars, eventually convince members of the New York State Assembly that regulation is superior to the black market.