An online gambling hearing in NYS this week focused solely on sports betting, as lawmakers ignored the online poker bills on the table. 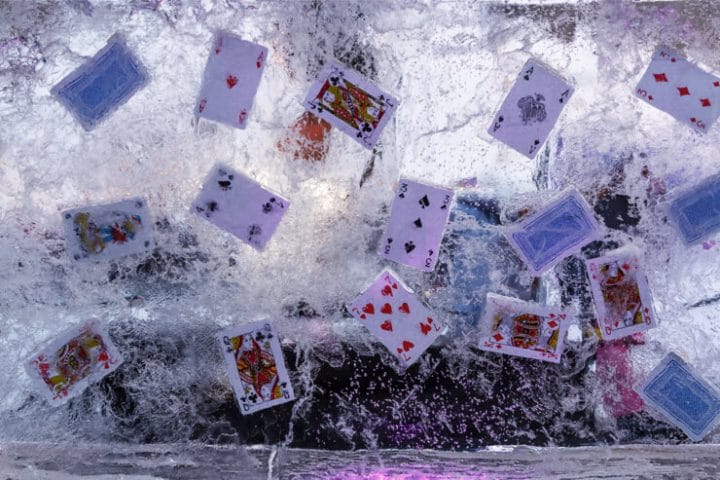 A widely viewed and anticipated hearing on Wednesday in Albany focused on New York State’s future in sports betting, explicitly whether or not the state will authorize mobile sports wagering in the near future.

Already with retail sports betting on tap, New York lawmakers have taken a hard look at bets over the internet. In neighboring New Jersey, online/mobile sports wagers account for more than 80% of the handle. New York’s sports betting will hardly be sports betting with just brick-and-mortar sportsbooks.

Sports wagering could be a $1 billion market in the state, thanks to its massive population. It’s one of the largest market potentials in the country, only trailing California, Texas, and potentially Florida. Those three states aren’t anywhere near sports betting, even retail, so NYS is currently the crown jewel for the regulated sports wagering industry.

While that market potential is huge, it wasn’t many years ago when New York was eyeing a different form of online gaming to bolster state coffers. That was online poker, which NYS has considered since 2012. On multiple occasions, the state Senate passed legislation only for it to die in the Assembly.

Those iPoker failures felt like a distant memory during the online sports betting hearing this week.

The lawmaker who is spearheading NYS’ online sports betting ambitions is also the man behind online poker legislation filed in January.

State Sen. Joseph Addabbo, a Democrat, took over the online poker efforts from former Republican State Sen. John Bonacic, who retired at the end of 2018. While Addabbo is right to move the focus over to sports wagering, online casino gaming regulation in NYS is also a wise idea.

Five years ago, polling found that 71% of New Yorkers agreed with the basic idea that online poker should be legal and regulated. The poll was conducted on behalf of MGM and Caesars, who in the past have pushed hard for NYS online poker. For comparison and for what it’s worth, a Siena College poll from earlier this year found New Yorkers were split on internet sports wagering.

About a month after Addabbo’s bill was filed, a companion measure from Assemblyman Gary Pretlow was filed. Neither has been scheduled for a hearing this session.

In January, the Department of Justice issued a new opinion on the Wire Act that put online poker liquidity sharing between states in the legal crosshairs. Nothing has yet happened to the roughly year-old poker player sharing between Nevada, New Jersey, and Delaware, but that might eventually end up suspended while the courts (possibly the Supreme Court) ponder the scope of the 1961 law.

The NYS online poker bills call for state gaming regulators to enter into agreements with other online poker states to build the collective player pool.

New Jersey’s online poker struggles are well documented, as other forms of online casino gaming have taken off while iPoker revenue has settled in at about $2 mm per month.

The Garden State has roughly 45% of the population that NYS has, so it’s reasonable to assume a ring-fenced NYS market could be worth around $4 mm per month or more. That’s a drop in the bucket compared to what online sports wagering could generate (an estimated $80 mm average per month) if/when that offering is matured. At this point, online sports betting is probably 20 times larger than what NYS online poker would be, assuming it didn’t link up with other online poker states.

It’s hard to fault anyone in NYS for putting poker on the back burner for now. However, whenever the state does authorize and launch online/mobile sports betting, online casino gaming will be a natural fit. At this point in NYS, online poker needs online sports betting passage.

While New York is currently showing effectively no interest in online poker, those games are expected to launch in Pennsylvania in mid-July. Keystone State online poker could be comparable to where New Jersey is at, but the former does have a larger population and a more robust live poker market.

Earlier this year, West Virginia approved an online casino bill, and backers of that legislation expressed explicit excitement for traditional peer-to-peer poker. Of course, West Virginia has a small population.

Waiting in the wings is Michigan, which passed an online casino bill last year and looks to do so again this year. The Wolverine State just needs the governor to sign it this time.

And then there are states like Iowa and Indiana, which plan to soon launch online sports betting (Iowa still needs a governor signature). Both of those states are strong candidates for online casino legislation in the future, especially Iowa, which years ago considered online poker legislation.