Insiders at a panel on gambling expansion in New York shared a mix of optimism and concerns about online betting coming to the state. 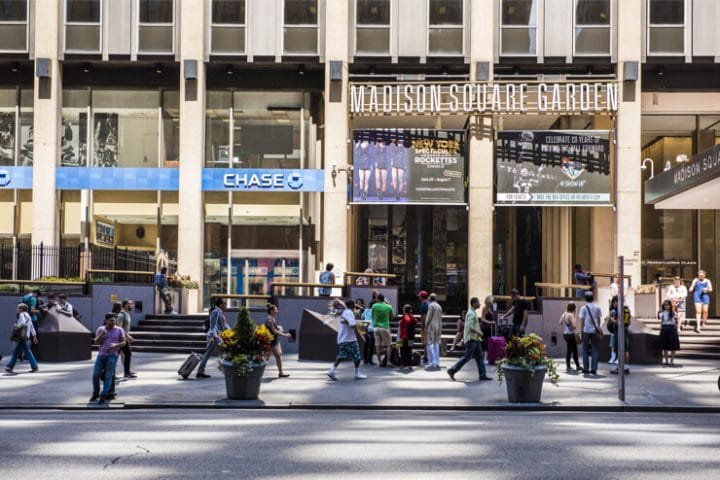 A panel on the future of New York gambling expansion at Yeshiva University’s Cardozo School of Law last Friday served as a fine Rorschach test for supporters and opponents alike.

If you were so inclined, you could walk away from the downtown Manhattan event feeling good about imminent online sports betting legalization, as well as gambling kiosks going up at Yankee Stadium and Madison Square Garden and even the future of online poker.

But there was just as much contrary evidence, if you listened closely.

The good news for New York State constituents is that the the two key proponents for sports betting expansion — Assemblyman Gary Pretlow and state Senator Joseph Addabbo Jr. — attended the event and tackled all sorts of questions from gaming law attorney Daniel Wallach and even members of the audience. Plenty of residents in other states likely wish they could get such feedback.

Still, the complications in moving the ball forward in the Empire State were on full display.

Why not grab the ‘low-hanging fruit’?

Addabbo opened the discussion by saying of legal sports betting, “Right in front of us, we have this opportunity, and I think it’s attainable.”

Pretlow called sports betting revenue “low-hanging fruit,” adding that “I am 150% convinced that under the current legislation that we have in place, mobile sports betting can be introduced in the state of New York.”

Pretlow said that he has received five legal opinions backing that stance, and that’s not counting Wallach’s own recently published conclusion (nor one contrary opinion from a firm commissioned by the New York Racing Association).

The problem is that New York Gov. Andrew Cuomo and the state’s gaming commission have publicly concluded that a statewide referendum would be needed to authorize online sports betting. That would be the last prong in a three-year process to bring such gambling into the fold — and passage by the voters hardly is guaranteed.

“I have it on good authority that the governor, who has said it was unconstitutional, that he has backed away from that,” Pretlow said, adding that he believes the same is true for board members. “I have not heard anything about unconstitutionality in the past couple of days.” (On Monday, Gov. Cuomo responded to Pretlow’s assertion, calling the notion that he has changed his mind, “patently false.”)

They have the votes …

“The accessibility factor is why mobile is so important,” said Addabbo, who has inherited the sports betting support mantle in the state Senate from the retiring John Bonacic. “But I am also of the opinion that to do it right, we need to do so in a methodical manner. I see sports betting being rolled out over a couple of years to make sure we do it right, both legally and to protect the integrity of the sport — very important — and to protect the consumer.”

While Pretlow, who is known for his sometimes overly optimistic view on sports betting legalization, put on a happy face, he also said that the main obstacle to passage is “the current administration on the second floor of the New York State capital” — i.e., Cuomo.

Pretlow said that in New York, not only were there constitutional questions about the online sports betting aspect, interested parties such as the state’s casinos and racetracks raised various objections.

So will this year be any different?

“I have it on good authority that their minds have been changed, that they will no longer be raising constitutional issues,” Pretlow said. “There could be. I doubt it, but maybe. I think we’re in a good place. That may change.”

Asked directly by Wallach if he has the votes in his chamber, Pretlow said, “If the governor continues to say it’s unconstitutional, then I won’t have the votes because the leadership of the Assembly won’t [move the bill forward]. But if they drop that argument, I know I have the votes.”

“I do believe, if it came to the floor in the Senate, I believe I have the votes to do it,” he said.

Addabbo added that his expectation is that if enough elected officials express their opinion that no referendum is needed to add online sports betting, Cuomo could be persuaded. He cited a paid family leave bill that Cuomo initially rejected because he believed “the state has no appetite for it,” only to change his tune once key constituencies came forward.

Betting at the ballgame

Irwin Kishner, a legal adviser to the New York Racing Association, noted that wagering at sporting events is part of the landscape in Europe.

“If you went into a soccer stadium [in Europe] and told [people they] couldn’t place a wager, they would look at you like you had three eyes,” Kishner said. “We are behind the curve here in the U.S.”

Officials at Madison Square Garden have expressed interest in such a plan, Pretlow said. Pressed on the idea of Yankee Stadium going “all in,” Pretlow did not advance that angle.

“I know for a fact that Madison Square Garden is interested, but I can’t speak for Yankee Stadium or [CitiField],” Pretlow said. “They don’t have to if they don’t want it. If the fans demand it, they can do it. It’s free enterprise.”

A kiosk in every pocket

Of course, if online sports betting is legalized, the issue is basically moot. A fan can’t go to a MetLife Stadium kiosk in the Meadowlands for a Giants or Jets game, or to one at the Devils’ Prudential Center in Newark, but the fan can easily place the bet legally on his smartphone instead. While the NFL teams have resisted support of such gambling, the Devils offer a William Hill sports lounge and a Caesars premium-seat sports bar where fans can check out the latest lines and get any necessary help in downloading the proper app.

As for an online sports betting legalization timetable, Pretlow noted that such a measure is not in the governor’s budget proposal. “We have until June,” he added — a comment meant optimistically, while also serving as a reminder that the time frame is the last chance for online sports betting to move forward in 2019.

Another example of Pretlow’s glass-half-full attitude was his comment on trying to cut into illegal bookmaking practices, noting that “this discussion is being held at a school of law, where formerly it was between Vinnie Boombatz and Louie The Fish.”

Pretlow also had an interesting insight into what Wallach called the assemblyman’s “prescient” decision to include in a 2013 law allowing for construction of four new upstate commercial casinos a provision that the state can go ahead with sports betting at those sites once federal hurdles were cleared.

“I didn’t think of mobile,” said the 69-year-old Pretlow. “I’m still old-fashioned. I couldn’t hang up my [mobile ] phone just a couple of minutes ago. Now I know a lot better, having hired young people.”

Stacey Rowland, counsel to Rivers Casino and Resort in Schenectady, spoke on the process of bringing brick-and-mortar sports betting to the four new upstate casinos (approval of which opens the doors for native American casinos in the region to do likewise).

Rowland said that the Supreme Court decision last May left casino officials eager to see a quick rollout of required regulations. Instead, it wasn’t until two months ago that regulators offered a “sneak peek” at proposed parameters. At that point, the control board voted to publish the regulations — but has yet to do so.

Such regulations are posted on Wednesdays, and Rowland said that “every week, we stood by the computer like it was Christmas Eve.”

Rowland said that her optimism stems from the board coming forward of late, compared to silence last year.

“We will be ready to take the first bet the minute we are allowed to do it,” Rowland said, adding that construction plans already are underway for a sportsbook that, she quipped, includes “a huge TV wall that I want for my living room.”

The process is complicated, however, by extensive background checks.

“If you are a key license holder, they need to know everything — your siblings, your currents, your exes, your tattoos, your scars — everything,” Rowland said. “I have had a temporary license for two years and I have yet to get my permanent one.”

Rowland concluded that “in a perfect world, which this is not,” a first legal sports bet could be placed at her site as soon as May 20. “But really, that’s not going to happen.”

There has been no formal effort yet by Rivers casino to push for online sports betting, Rowland said, backing Addabbo’s concept of a multi-year, multi-tiered phase-in of sports betting as the most practical approach. Kishner echoed that sentiment.

Pretlow pointed out a difference of opinion from the Seneca and Oneida nation tribes regarding online sports betting. The tribes have regional exclusivity in upstate New York, preventing commercial casinos from being built in certain areas. Pretlow said the Senecas may seek to maintain that exclusivity in their area via geolocation technology, while the Oneidas are mulling a statewide approach — opening the door for an app that can take bets from all over, while also allowing for other apps to engage customers in their marketplace.

‘We are New York’

“What do you see the state [sports betting] tax revenue threshold reaching, with a fully mature market, including mobile and retail, within, let’s say, three to five years?” Wallach asked.

Addabbo even threw in a mention of his support for legalizing online poker, which could be a huge boon for the industry nationwide (if that pesky Wire Act controversy gets solved).

Wallach noted that Ernst & Young projects New York to bring in $33 mm annually from brick-and-mortar-only sports betting versus $123 mm a year if mobile is included.

Addabbo’s bill includes a 0.2% royalty fee on the total sports betting handle to the various sports leagues, something not seen in the legislation passed in any of the eight states that currently offer sports betting.

Kishner said that the fee — down from last year’s pitch for a 1% fee — is “a fair compromise. The trick in any negotiation is that everybody has to be slightly dissatisfied. The leagues deserve it.”

A query about a possible shutdown of all off-track betting sites in the state as part of a revamped betting landscape was rejected by Pretlow and Addabbo, who cited a desire to avoid job losses.

US Bets asked Pretlow about a new amendment to his bill that allows for wagering on college sporting events involving in-state programs. Five states allow that, while three — including New Jersey — do not.

Pretlow acknowledged possible pushback, and stressed that the issue could be tabled if it stood in the way of passage of online sports betting.