Gambling attitudes in the state indicate $6 million will be enough, at least for now 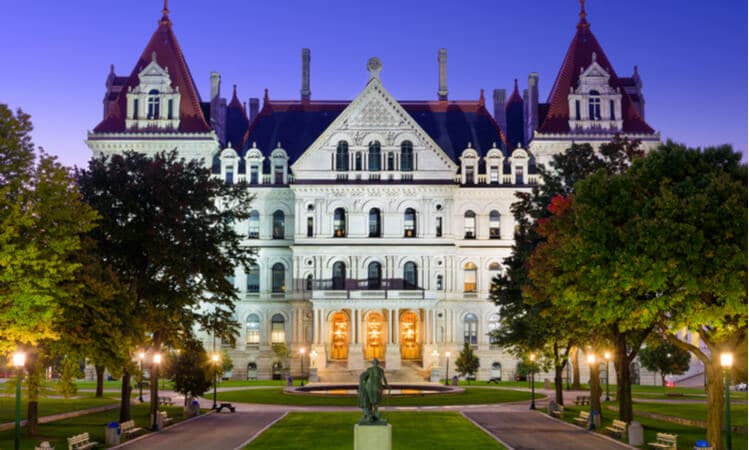 New York State is moving forward with online sports betting, though some key details are still up in the air. What isn’t up in the air is funding for combating the rise in gambling addiction that will come with the state-sanctioned sports wagering via computers and mobile devices.

Government officials estimate that New York will reap $500 million in annual tax revenue off of the sports betting industry, of which $6 million per year will be used to combat new and existing gambling addiction, according to the legislation. Many New Yorkers already gamble on sports via the internet legally in neighboring Pennsylvania and New Jersey.

The problem gambling allotment would just be 1.2% of the state’s tax revenue, if it reaches $500 million. The funding is capped at $6 million even if the state generates in excess of its tax estimate.

Most of that money appears to be headed toward increasing public awareness of gambling addiction, which is a very stigmatized disorder. A local problem gambling group calls it “counter-advertising.” Gambling ads are soon to flood New York airwaves.

“We would recommend that for every $10 spent on marketing, $1 is spent on counter-advertising,” Jim Maney, executive director of the New York Council on Problem Gambling, said, “just so people are aware so everybody knows about the education and the stigma of it. Knowing the signs of it and where to get help.”

New York State has nearly 20 million people, making it the most populous state yet to legalize online sports betting. It’s not yet clear how many operators there will be.

The $6 million will double current funding for problem gambling, indicating New York, already equipped with gambling such as a lottery and Las Vegas-style casinos, might have been underfunded previously.

Per the Office of Addiction Services and Supports, industry-funded spending on problem gambling prevention, treatment, and recovery services in the most recent fiscal year in New York is expected to total $5.7 million.

According to a recent survey from the National Council on Problem Gambling, 84% of adults in the state had gambled in the past year. That includes 28% of state adults who bet on sports in the last year, either through a state-sanctioned book or at a non-state-sanctioned book.

New Yorkers tend to have a slightly more progressive view on addiction than the national average. A strong 72% surveyed see gambling addiction as akin to alcohol and drug addictions. Only 14% disagreed.

It seems like there is some need to improve access to services, which the sports betting bill could help provide. Only 44% agreed with the statement that “services to treat compulsive gambling are available in my community,” though 41% were “neutral” to the statement and 15% disagreed.

Only 50% of survey respondents indicated they knew where to go to get help for a person they know with a gambling addiction. Nearly 30% said they don’t, and 21% were more or less unsure.

A strong majority also believed that both the government and gambling industry should do more to help.

Another concerning finding is that 53% of New York adults (including people who didn’t gamble in the past year) think gambling addiction is “likely” a sign of a “moral weakness.” The increased funding under sports betting may be able to turn the tide here on this serious misconception.

Only about 60% of those surveyed believed that part of the state’s tax revenue should be used to combat addiction, with about a quarter saying it was unimportant. The rest had no opinion.

The $6 million in annual funding should be more than enough to satisfy the public desire for some help for those with addiction, though it’s clear attitudes toward problem gambling have room to evolve over time.

New York can raise the funding amount in the future if $6 million doesn’t appear to be enough.