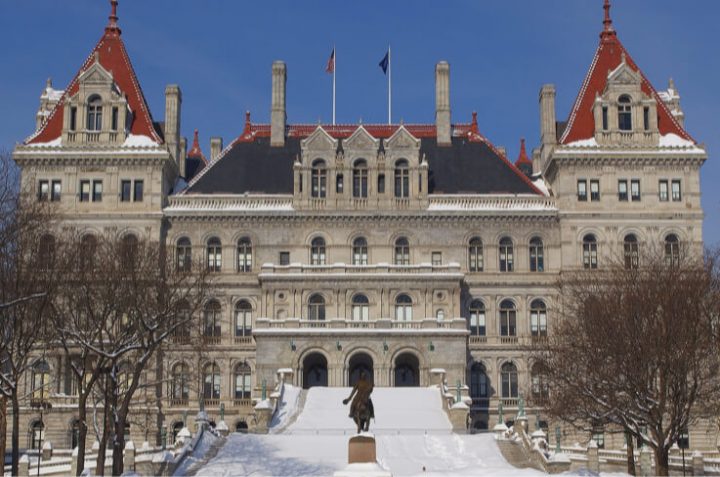 A prominent New York state senator told a Saratoga Springs, New York audience on Tuesday that the state’s failure to pass a sports betting bill this year wasn’t for lack of attention.

“Going back to December, we were trying to understand what was coming,” said state Sen. John Bonacic at the Saratoga Institute on Equine, Racing & Gaming Law Conference. “We had public hearings, we brought in [representatives of] casinos, racinos, from OTBs, from pro sports teams. And we talked and we talked, and we listened and we listened to their concerns.

“I found that the governor [Andrew Cuomo] really was passive, and the Assembly was always soft on gambling — for moral issues, call it what you will. I believe that gambling is a business — and if we’re going to do it, do it right.  Maximize what revenues you can for the state, and other states will eat our lunch if we don’t do it.”

That’s certainly the intent of New Jersey, which not only has the Meadowlands Racetrack fewer than 10 miles from Manhattan, but also — as of Monday — online sports betting via DraftKings, with many more online options to follow in the coming weeks.

Bonacic — a 76-year-old Republican who has announced he will not seek re-election in November — said that he “had the votes” in the state Senate, but he held the bill until he was convinced the votes also were there in the state Assembly. Cuomo wound up “raining on the whole thing,” Bonacic said, “by saying, ‘We’re too busy, let’s wait ’til next year.’”

Democratic Assemblyman Gary Pretlow, a participant on a later panel, said he had plenty of votes — 65 Democrats and 40 Republicans — but he was told that there had to be 76 Democratic sponsors of the bill per recent state legislative tradition.

The New York Legislature is not expected to take up the issue until next spring, at the earliest, so New Jersey gets a full college football and NFL season, and likely has NCAA March Madness, to itself as well.

Four new upstate New York casinos — the southernmost one is in the Catskills region — are permitted to offer sports betting at whatever point the state’s gaming regulators set out guidelines. That could happen later this year, but Bonacic said he believes that online sports betting would be far more lucrative.

Daniel Wallach, a prominent Fort Lauderdale-based sports law attorney, pressed a nerve in the gaming world when he said that the NBA was entitled to its proposed 0.25 percent “royalty fee” — a fresh term used earlier by NBA executive Dan Spillane to replace the much-ridiculed “integrity fee” concept — on a casino’s sports betting handle.

Wallach later told USBets that he misspoke when he used the phrase “conspiracy of silence” — intending, he said, to focus on what he sees as a “one-sided conversation” by much of the gambling media favoring the casino side of the debate.

Bonacic sided with Wallach, though he said his sports betting bill would have sent 0.20 percent of the handle to the sports leagues. Spillane said the fee would “pay for itself” from increased handle due to higher consumer confidence in the integrity of the games.

Bonacic said that the leagues and casinos ultimately will figure it out.

“This is going to be a marriage,” Bonacic said. “What kind of marriage, I don’t know.”
previous post

Does The Early Bird Catch The Sports Betting Worm?

Tiger Woods Drives Interest In Golf And The PGA Tour, Why Not DFS?