New York hasn't determined what role the horsemen will play in its sports betting rollout, and that's one more issue slowing things down. 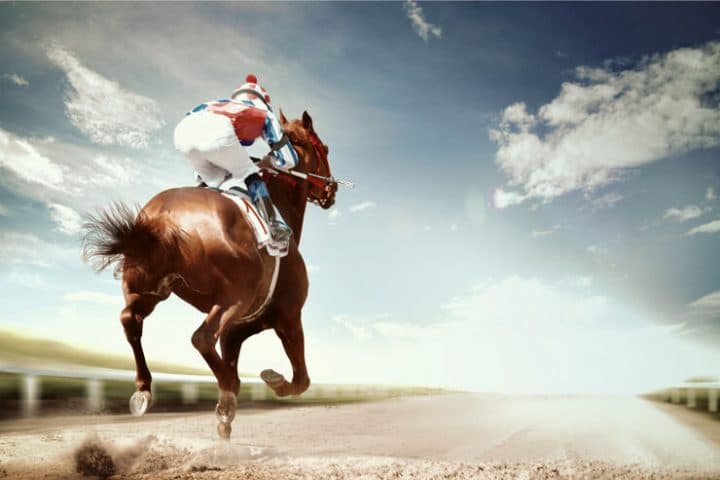 Advocates for the launch of legal sports betting in New York State had to wince when they heard the testimony of one key player at a state Senate committee hearing in Albany last week.

“I have a few suggestions, and one is, take your time,” Joe Applebaum, president of the New York Thoroughbred Horsemen’s Association, told members of the Racing, Gaming and Wagering Committee on Wednesday.

“Let’s think this through,” Applebaum added. “Contrary to popular belief, I would say that there is no first-mover advantage. The money will eventually flow to those states with better systems. The damage done by designing a system unfriendly to consumers will not be undone for a generation.”

Now, it’s easy to just note that with the New York racing industry currently is cut out of the state’s sports betting plans, so of course they want to delay the game.

But the testimony of the five horse racing executives underscored a more important point: that the New York Legislature and Governor Andrew Cuomo haven’t yet arrived at a joint determination of what role, if any, the horsemen will play in that sports betting rollout.

In 1992, New Jersey elected officials were successful in getting a one-year window inserted into the Professional and Amateur Sports Protection Act (which was struck down by the U.S. Supreme Court one year ago this week).

The racetracks weren’t included, in part because that industry was — while no longer quite at its late-1970s to mid-1980s peak — still relatively healthy.

But a decade ago, New Jersey horsemen were struggling in the face of slot machine-augmented purses at New York and Pennsylvania racinos. The Atlantic City casinos, meanwhile, were staggered by the opening of those facilities. So the New Jersey plan became having both the tracks and the casinos be able to offer sports betting, as they do today.

In 2013, New York State passed a law to allow for up to four upstate casinos to be built to improve regional economies. While maximizing tax revenues also was part of the bill, ultimately the state passed over a pair of projects near the New Jersey border — and not far from New York City — that clearly would have produced far more gross revenue.

And where does sports betting fit in? It was little recognized or noted at the time, but the 2013 bill also granted those upstate casinos the right to offer sports betting if ever the federal ban was erased (though to bill sponsor Assemblyman Gary Pretlow’s chagrin, he did not think to add mobile betting to the mix at that time).

So as soon as the Supreme Court ruling came down last year, those casinos — all now open, though all failing to meet annual revenue projections — were all set to offer sports betting as soon as the state’s regulators laid out the necessary parameters.

What’s the holdup in New York?

One year later, the first sports betting has yet to be made. Lately, there is optimism that the regulations will be finalized as soon as next month.

But will they? Or will they drown in the murky New York State political waters?

Applebaum noted that pending legislation in New York would continue to exclude the state’s racinos, OTBs, and the New York Racing Association from offering sports betting to its customers.

“We urge the Committee to reexamine the bill and reincorporate New York’s existing wagering structure into the future sports wagering marketplace in a way that is fair and equitable to all,” Applebaum testified.

The New York State racing industry is a major employer in the state, so any change in gambling laws that might be a detriment to it will have to be weighed seriously by state lawmakers.

Cuomo not the only roadblock

So far the biggest glitch in New York’s efforts has been Gov. Cuomo’s insistence — one backed by the state’s regulators — that a statewide referendum would be needed to offer mobile sports betting.

New Jersey already is getting about 80% of its tax revenue from mobile betting.

In New York, because of the lack of large populations near the brick-and-mortar casinos, the ratio would be even more lopsided.

James Kilsby, an editor at GamblingCompliance.com, told the committee in his testimony that 93% of NYS sports betting revenues would come from mobile if it is offered — $299 mm out of $323 mm — in the first full year of operations.

Clearly, the legislature and governor have to come to an understanding on that issue, even if it takes years. But there also are numerous other decisions yet to be fully addressed.

What about Aqueduct and Yonkers, the two 800-pound racino gorillas that weren’t much mentioned in the hearing? Does it make sense to have sports betting in Schenectady but not in Queens or just north of Manhattan?

Should racinos be required to subsidize purses at their tracks with sports betting, as they do with slot machines? If so, how much?

New Jersey regulations are such that up to 42 mobile betting platforms, or “skins,” are permitted. Is the six total contemplated in New York State (including one each for the Seneca and Oneida tribes) really enough? And how wide open should the bidding process be?

The clock is ticking on a legislative session that next month will shut down for the rest of 2019. (But some progress, at least on paper, was made Monday when a Senate committee voted in favor of advancing an online sports betting bill.)

What last week’s hearing highlighted is that Cuomo and his argument that a referendum is required for mobile sports betting — a stance vigorously disputed by sports and gaming law attorney Daniel Wallach at the hearing last week — is not nearly the only stumbling block before The Empire State fully reaches a Sports Betting State of Mind.

Despite Monday’s small step forward, Big Apple residents looking to place a legal bet on a football game this fall should be prepared to make a short trip across the Hudson River to the Meadowlands Racetrack — or at least to a point halfway over the George Washington Bridge.