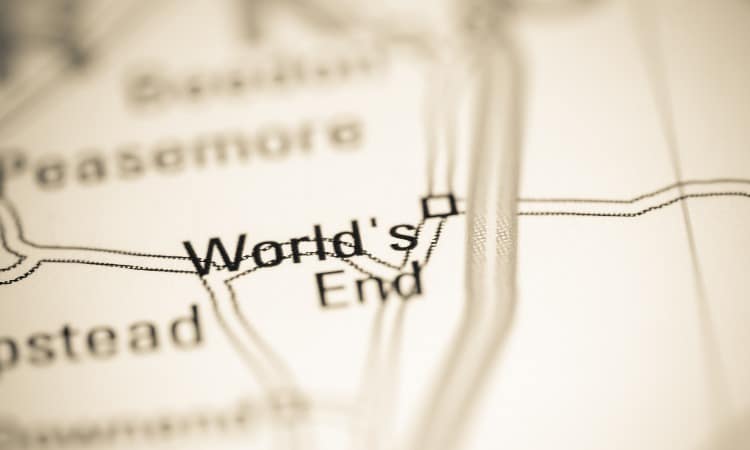 I like The New York Times so much I actually started paying for it last year instead of clearing cookies and playing browser roulette every time I wanted to read it. That’s a modern-day love story right there.

Of course, just because I read it doesn’t mean I’m always going to agree with the takes of their columnists. (I mean, cheer up, Paul Krugman. It’s not all bad out there.)

And I say this as a veteran of column writing. I’ve been doing it for two decades, and putting my opinion out there on a daily basis is asking for people to disagree with me. That’s the nature of the job.

Additionally, being a columnist demands that your knowledge base continuously evolve, even if most of your knowledge is going to be mile wide and inch deep.

So having said that …

What in the actual (bleep), Jay Caspian Kang? Your column on Feb. 7, titled “The Legalized Gambling Free-for-All,” reads like a modern-day Reefer Madness. (And don’t even get me started on your fellow NYT-er Kurt Streeter’s “The Rising Human Cost of Sports Betting” piece from Jan. 31, in which he compares the sports betting industry to the tobacco industry. Um … no. Sports betting may lead to financial problems for a small percentage of people, while tobacco products legitimately kill nearly 500,000 Americans each year. It’s like comparing Big Potato Chip with heroin dealers.) (I need a second parenthetical aside: Not all NYT columnists have gone bananas when it comes to sports betting. This piece by Peter Coy is much more level-headed.)

Appreciate the opportunity to contribute @sports_handle's #SportsBetting handle and revenue database to Peter Coy's op-ed on Super Bowl wagering in the NY Times.https://t.co/eRwoA5q3ZW#GamblingTwitter

Anyway, Kang’s column is maybe even more ridiculous than Streeter’s, especially because by the end of it, this is what he wrote: “I am somewhat skeptical that today’s broad legalization will lead to a long-term epidemic of problem gambling.” That’s how the second-to-last paragraph begins. But before that — and, in one case, after — he makes a series of mile-wide and inch-deep statements about sports betting that vary from “misleading” to “insert face palm emoji.”

Shall we break them down? We shall.

In the first paragraph, Kang tells an anecdote about his experience in a high school math class, where he and his friends would gamble on a card game called Tunk. He refers to himself and his friends as “budding degenerates.”

I’m guessing Kang is using that phrase tongue-in-cheek, but it certainly sets the tone for what’s to come.

(And while I’m here: If playing card games is degenerate behavior, then my family is about 10 years too late to stage an intervention for my dearly departed Aunt Sylvia, who had the audacity to teach me gin rummy as a kid. Thanks for turning me into a fellow degen, Aunt Syl.)

Kang goes on to talk about his own poker-playing days, in which he says he lost “a lot of money” and that “gambling hollows you out and melts down all your ambitions and plans.”

And I thought comparing sports betting to tobacco was hysterical.

According to the National Council on Problem Gambling — and this was based on a 2012 study — 85% of Americans have gambled in their lives, and 60% in the previous year. Those numbers have almost certainly gone up. Last I checked, we’re not a nation of hollowed-out husks with melted ambitions and plans. Not even Aunt Sylvia, may she rest in peace.

Are there problem gamblers? Of course. Gambling addicts exist, the DSM-V acknowledges it, and a small, but not insignificant, number of people will battle it.

But to think all gamblers fall into this deep hole of despair is outrageous.

‘Push their product onto the masses’

Kang then gets into the advertising aspect, which we can all agree is probably a little too much right now. I mean, if I never see another sportsbook commercial, I’d be fine. But that’s not what he writes. He takes the “we can all agree” motif well past the breaking point.

“If we all agree that gambling is an addiction that can ruin lives, why do we allow these online sportsbooks to push their product onto the masses?” he writes.

And while we’re here, if we want to prevent people from life-ruining products, we may as well ban car advertising, as — and here’s a fun didja know! — anywhere from 1% to 1.5% of all deaths in America each year are caused by automobiles. And yet, there’s Matthew McConaughey, pushing Lincolns on the unsuspecting masses.

Kang then veers into the gamblification of everything, from the stock market to sports cards, and notes sports card collecting has become a form of gambling.

Kang isn’t necessarily wrong here, but the lengths to which he goes to try and prove his point is laughable: “One lucky person might find the golden ticket Luka Doncic jersey rookie card worth $4.6 million or whatever, while everyone else loses his and her entire investment.”

That’s not how sports cards work. You can resell them. The internet is helpful with that. You might lose some money on the deal, but collecting sports cards is not a zero-sum activity. Ridiculous to say otherwise, despite my closet full of 1987 Tracy Jones rookie cards.

After Kang admits he doesn’t think sports betting will lead to a serious epidemic, he then states would-be gamblers “may end up losing more money on beefed-up, absurd parlays, but they were probably going to end up broke anyway because most gamblers lose over the long term.”

“End up broke” is not what happens to the vast and overwhelming majority of gamblers. To suggest a losing gambler is a broke gambler is … well, I hesitate to use the word “stupid,” so I won’t.

And let’s not forget for most recreational sports bettors, that is exactly what it is: recreation. Spending of entertainment dollars. Some folks might like needlepoint or dropping $300 on a pair of tickets for a Broadway show; some might like betting on whether the Rams will score more touchdowns than Jayson Tatum will hit 3-pointers.

Listen: Kang is a talented and well-respected writer, and columns are bound to be dissected and argued over. But this one is egregious. To people outside and unfamiliar with the burgeoning world of legalized sports betting, this column, and Streeter’s piece, read like end-of-civilization warnings instead of well-reasoned arguments against this newfangled world of legalized sports betting.

Meanwhile, I gotta go finish up Krugman’s “More Thoughts On America’s Feel-Bad Boom”  and “Guns, Germs, Bitcoin, and the Antisocial Right.” Seriously: Did someone steal this guy’s puppy when he was a kid?