Home teams are covering the spread just 43.54% of the time this season, opening up an opportunity for sports bettors. 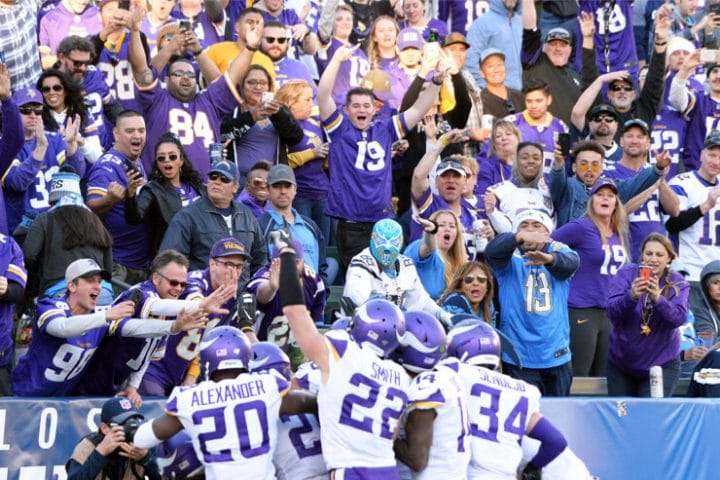 Home-field advantage has never been quite as pronounced in football as it is in, say, baseball or hockey.

In those sports, there’s an actual built-in advantage in the rules of the game: The home team in baseball bats last and knows exactly how many runs it needs to score, and home ice in hockey means making the last change before every faceoff, getting to decide which lines match up. In the NFL, on paper, it’s a totally fair fight. The rules are the same for both teams.

Nevertheless, home-field advantage is historically worth three points in the NFL. That’s the way it’s always been to those in the sports betting world. Sure, you tweak it here and there, situationally. Maybe one team only gets 2½, while another gets 3½. But typically, if two teams are evenly matched, the home team starts as a 3-point favorite.

In 2019, though, home-field advantage has definitely not been worth three points. And the bettors who’ve recognized that have been able to clean up.

Home field, by the numbers

Home-field advantage still exists — the number is above 50%, after all. But it’s somewhere south of half as powerful as it has typically been in the past.

And that’s demonstrated even more strongly in records against the spread.

This season, home teams are just 91-118-6 against the spread. They’re covering at a 43.54% clip. If you backed the road teams in every single game this season, you’d be comfortably beating the vig.

Everyone has their theories as to why home-field advantage has lessened in the last few years and has been nearly erased in 2019. Here are four to consider:

Can a bettor benefit?

As noted above, with road teams covering more than 56% of the time this season, the opportunity to profit has been there.

Are the books adjusting? Road teams went 9-7 against the spread last week, right on pace. But that’s such a tiny sample size that it tells us nothing.

For the upcoming Week 16 games, according to Tuesday’s odds via FanDuel Sportsbook, the home teams are favored by an aggregate 30.5 points across 16 games. That works out to just a shade under two points (1.906) per game.

That information alone is meaningless, though. The home teams might just be slightly better, overall, than the road teams this week, right?

Except, according to wins and losses, they aren’t. The 16 road teams come into these Week 16 games with 113 total wins through 14 games each. The 16 home teams come in with 110 victories.

So if anything, the road teams are ever so slightly better this week. But the home teams are favored by nearly two points each.

If home-field advantage is truly dead, then there’s money to be made by exploiting the points the bookmakers are shading to the host teams.

But then again, maybe the books have adjusted, and in past years the same home teams would have been favored by an average of three points each. Can one point across each of 16 games — home teams only giving an extra two points instead of three — make all the difference? That’s the decision bettors have to make this week.