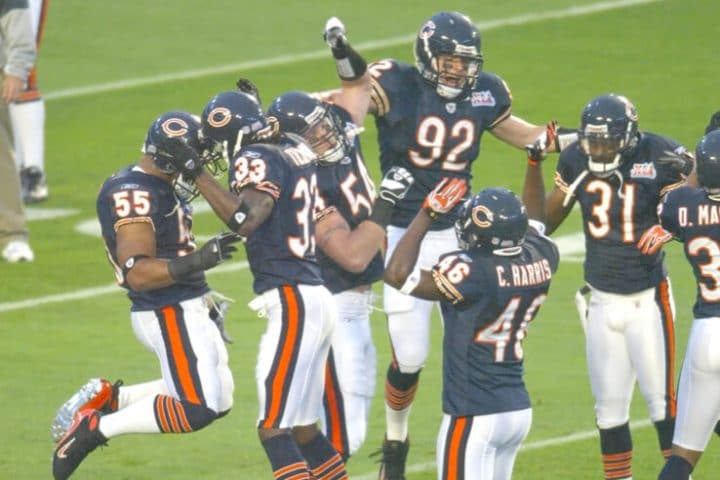 The first NFL season for which people in states other than Nevada have been free to wager legally is at its midpoint (or will be in a few days for those teams that already had their “bye” week), and there has been staggering handle in many jurisdictions — even the one that has featured legal sports betting along.

With all that action at the betting windows and on the online sportsbooks, combined with all the action on the football field, there’s a lot to analyze at halftime of the season. Here’s a look at some of the most interesting line moves and significant trends from the opening kickoff to now.

The most popular futures bet to make preseason is on a team to win the Super Bowl, and it’s eye-opening sometimes to look back and see just how off the projections were for some teams.

Here are some of the notables that either were favorites going into the season or are now. (Needless to say, odds are not uniform at all sportsbooks. The “preseason odds” here are from Westgate Las Vegas in August; “current odds” come from DraftKings Sportsbook as of October 30.)

If you placed a preseason bet on the defending champ Eagles, Packers, Cowboys, Jaguars, or Falcons, you’re not feeling too good right now. If you jumped on the Niners bandwagon, you probably ripped up your ticket the minute Jimmy Garoppalo got hurt.

On the flipside, preseason bets on the Rams, Chiefs, or Saints are looking sharp, and while it’s still not especially likely to pay off, a bet on the Bears at 100/1 is the best longshot bid.

The good ol’ reliable Patriots look like they haven’t moved much, but their odds did slip a bit after their 1-2 start, only to rebound to shorter-than-preseason levels during their current five-game winning streak.

As with the Super Bowl futures, there were some longshots that are looking good and some safer bets that have fizzled. And then there’s the one universal truth in the NFL in 2018: A bet on Jimmy Garoppalo is a win for the sportsbooks.

MVP is pretty much a four-man race at this point, though with half a season to go, there’s still time for a fringe contender like Newton or Watson to make a move if their teams keep winning and they put up historic numbers. But most likely, the MVP will be either Mahomes, Gurley, Brees, or Brady.

The last time a non-quarterback won was Adrian Peterson in 2012, but Gurley (the pick endorsed early in the season by the Gamble On podcast) has a chance if the Rams go 15-1 or 16-0 and he reaches 30 touchdowns (they’re currently 8-0 and the leader in both rushing yards and all-purpose yards has 15 scores). Mahomes, however, is the favorite because (a) he’s a quarterback, (b) he’s every bit as electric as Gurley, and (c) he’s similarly dominant statistically to Gurley, leading the NFL in passing yards and passing TDs.

Of course, if the Chiefs or Rams hit a rough patch and don’t finish as top seeds, it opens the door for sentimental favorite Brees (who’s never won an MVP award) and 41-year-old Brady (who’s won three of them).

The Rams may be undefeated on the field, but they’re decidedly mediocre where it matters most to bettors: against the spread.

(Note that spreads vary depending on the book and move throughout the week, and against-the-spread records vary accordingly. The numbers below are a reflection of a reality, but not the only reality.)

The Chiefs have the league’s best ATS record, at 7-1. They were a perfect 7-0 before falling one point short of a cover vs. Denver this past Sunday.

Here’s a rundown of the rest of the ATS records:

Speaking of the oddsmakers knowing what they’re doing, you won’t believe the split on game-by-game score totals. Of the 121 games played so far in 2018, one hit the total exactly, 60 went over, and 60 went under. That’s right, one push, 60 overs, and 60 unders.

Through the first six weeks of the season, the overs were hitting at a 51-42 clip, but the unders caught up in Weeks 7 and 8, thanks to lines adjusting slightly and scoring dropping off a tad.

But, my oh my, the Buffalo Bills sure are dragging that average down. Their offense, helmed by the likes of Nathan Peterman, Derek Anderson, and rookie Josh Allen, has helped Buffalo to 87 points in eight games.

But because the opponent sometimes racks up huge numbers against them, betting the under on Bills games isn’t the surest under in the league. That honor belongs to the Tennessee Titans, with the lowest average game total in the NFL, 33.286 combined points per contest.

If a 17-16 grind is your idea of a good time, keep a TV tuned to the Titans in the second half of the season.

Lucky No. 7 For Sports Betting? The Smart Money Is On Rhode Island