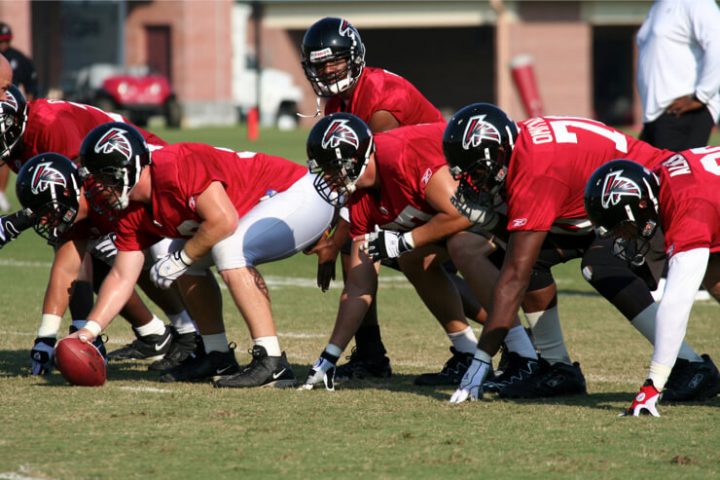 If people still circled dates on calendars, NFL fans would be taking some bright red ink to the square that reads September 6. That’s when the Philadelphia Eagles host the Atlanta Falcons in the opening game of the 2018 season.

The more hardcore and/or less patient fans have tomorrow circled in their minds. That’s when the NFL preseason kicks off, with the Chicago Bears and Baltimore Ravens striking three-point stances in Canton, Ohio, in the annual Hall of Fame Game.

But there’s a different category of NFL observers that’s focused on a date in between those two. On August 9, one week from tomorrow, there’s a 12-game slate of preseason games. For serious daily fantasy sports players, August 9 is when football season really begins.

No, millionaires won’t be made in a single DFS tournament during the preseason. The internet won’t overflow with articles and podcasts and videos arguing about who’s overpriced and underpriced and what the perfect contrarian lineup looks like. But there’s still a lot of money to be made — by the DFS players who are willing to put the work in.

If you’ve never played NFL Preseason DFS, you might be unaware that on sites like DraftKings and FanDuel, every player is priced the same. So you don’t have to worry about keeping under the salary cap. You’re simply filling your lineups with the players you think will score the most raw points at each position.

Success in preseason DFS largely comes down to how much time you’re willing to put into tracking down information about how many series or quarters various starters and backups are expected to play.

Coaches will often make comments about how long their starting quarterback will be under center and which of the backups is going to take the most snaps. Beat writers will slip scoops into the bullet points at the end of their columns about an undrafted rookie running back who’s looked good in camp and is going to get a long look.

Fantasy sports are always about opportunity, and in preseason DFS, there’s a massive gap between those who take the time to accurately predict opportunity and those who are just loading their lineups with the best regular-season players with the most recognizable names. Adam Levitan, a fantasy sports analyst who co-hosts DraftKings’ popular Daily Fantasy Edge podcast, has experienced some of his most successful DFS football weeks during the preseason.

“A lot of what I do throughout the week during preseason is just try to read every article, or every tweet, from beat writers I respect, and try to glean as much information as I can,” Levitan tells USBets. “I see what coaches are saying and follow injuries as closely as possible. And then I’ll start getting ready for the slate by projecting playing time.

“There are certainly some guys that stand out from a talent perspective that I want to be aware of, like [Detroit Lions receiver] Kenny Golladay last year, guys who are rookies, who have a ton of talent, but who weren’t taken in the first round and you think have a chance to play a lot. Guys like that stand out. But really, I’m just trying to figure out who’s going to play the most and then I squeeze a little bit of talent assessment in there.”

Golladay started the 2017 preseason with a two-touchdown game against the Colts. If you had him in your lineup, chances are you had a profitable week. If you were lazy and had, for example, Lions starting QB Matthew Stafford in your lineup, you probably took a beating, since Stafford played exactly one series and threw three total passes.

As much opportunity as there is to profit playing NFL preseason, Levitan doesn’t consider it the most beatable game in DFS — at least not anymore.

“Now my most profitable game is WNBA is, by a huge margin,” he says. “NFL preseason has gotten a lot tougher lately. I think more and more good players are focusing on it and it doesn’t take that many people trying hard to hurt the higher-stakes ecosystem. I think your ROI in further niche sports, WNBA, maybe MMA, NASCAR — I don’t play those, but I think the ROI, depending on how good you are, could be higher than NFL preseason now.”

The higher you go in buy-ins, the more likely you are to find players like Levitan who put hours and hours of research into finding the optimal lineup. At the lower stakes, though, there’s still a good chance of finding dead money to capitalize on. Few DFS players are going to mail it in for $500. But for $5, you’ll find people willing to click names quickly and see what happens. It’s human nature.

“Anytime it’s hard, the harder it is to find information, the harder it is to make lineups, the better the games are going to be,” Levitan says. “That’s just the way it is in life. If everything was easy, then the games wouldn’t be so good. It’s hard to figure out what quarterback is going to play for how many quarters. There’s no injury report in the preseason. There are no projections that people are publishing. You can’t just buy stuff on the internet that leads you to a reasonable lineup.

“So for a lot of reasons, games are going to be good. And the number-one reason is that it’s hard, it takes a lot of work.”

Does it carry over into NFL preseason sports betting?

One thing that makes the 2018 preseason different from 2017 and all the years prior is that sports betting is now legal in states not named Nevada. Sports books are up and running in New Jersey and Delaware and will be soon in Mississippi, Pennsylvania, Rhode Island, and West Virginia.

For DFS players who’ve put in the research to figure out which starters are playing and for how long, if it’s clear one side is planning to field a better team for more quarters than the other, why not roll your hard work into a wager if you’re in a state that allows it?

The Ravens are a 2.5 point favorite over the Bears tomorrow night. There’s opportunity there if your research tells you one team or the other is taking this practice game more seriously than the other.

Sports betting and daily fantasy can go hand in hand (as DraftKings and FanDuel have recently started admitting by attaching their names to sports betting). Just as in DFS, at the betting window, fortune favors the hard-working.