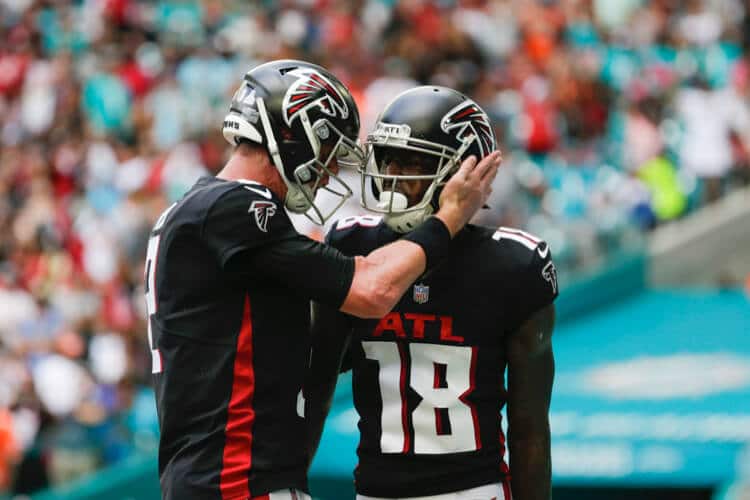 On Monday, the NFL suspended Atlanta Falcons wide receiver Calvin Ridley for at least one season for betting on his own team in a league where all employees — players and staff alike — are prohibited from wagering on pro football.

Responses on social media ranged from criticizing the NFL for its doublespeak on sports wagering to “So what if he bet on his own team?” A former league official says there’s good reason to be concerned about the latter.

“Just from a public perception standpoint, I don’t know that you want players gambling at all on their sport, and once you start carving out different exceptions, it gets convoluted,” Vic DeNardi, who worked as the NFL’s security coordinator from 2006 to 2013, told US Bets Tuesday “You still have influence over the game, even if you bet on your own team, the spread and whatnot. You still have the ability to influence the outcome.”

DeNardi, who went on to become assistant director of enforcement for the NCAA before assuming his current position of head of NIL and education with Draft.ly, said that in his time with the NFL, players weren’t just handed a manual containing the league’s policy on sports betting. Gambling-oriented discussions occurred on a regular basis (and apparently still do).

“They got a policy and procedure review by somebody from the league office, where all the policies were gone over, including the gambling policy,” said DeNardi. “Coaches would show up, GMs. There were definitely questions on the gambling policy. I know at the time they couldn’t accept anything of value from a casino. You couldn’t get above what a normal person would get.”

In practical terms, that means players could get comped a drink while playing blackjack, just like a $10-a-hand schmo, but they couldn’t accept a chartered flight and room, as is the wont of ballers.

There wasn’t a NFL team in Las Vegas when DeNardi worked for the league, which, per its 2018 gambling regulations, didn’t allow any type of gambling “while traveling on Club or League business.” Such a ban, if still in place, would prevent players visiting Vegas for a road game from passing the time at a roulette wheel or the like, while they might be able to do so when their participation in a game at Allegiant Stadium isn’t on the itinerary. (A call to the league office seeking any updated policy information had not been returned at the time of publication.)

“It definitely won’t help,” DeNardi said of the potential impact of Ridley’s tweeting if he pushes for reinstatement. “If he doesn’t take responsibility for his actions, I don’t know that that would be looked favorably on by the league. It’s definitely an indefinite suspension that will be reviewed in a year. It probably wasn’t the best move on his part, but he’s got a whole year to rectify the situation.”

One thing’s for certain: Legal sports betting is a lot more accessible than it was back when DeNardi worked for the NFL, and the league and numerous teams have partnerships with sportsbook operators.

On the one hand, increased access means more opportunity for an athlete to place a rule-breaking wager. On the other hand, as Ridley’s case bore out, legalization and oversight make such wagers easier for the NFL to track and act upon.

“I think it’s a positive,” said DeNardi. “Obviously, from enforcement of policies, it seems like the procedures in place worked. We had that when I was there, too, because we had an NFL security person in Las Vegas who worked with the casinos.

“I think the sportsbooks have an interest in making things above board, and I think it’s better for the athletes that they don’t have to do this offshore themselves. You don’t want to run afoul of the NFL policy and also legal issues, and also [want to] take advantage of being able to gamble within the NFL policy.”