One of the NFL's bright young stars claims he wagered $1,500 total on games 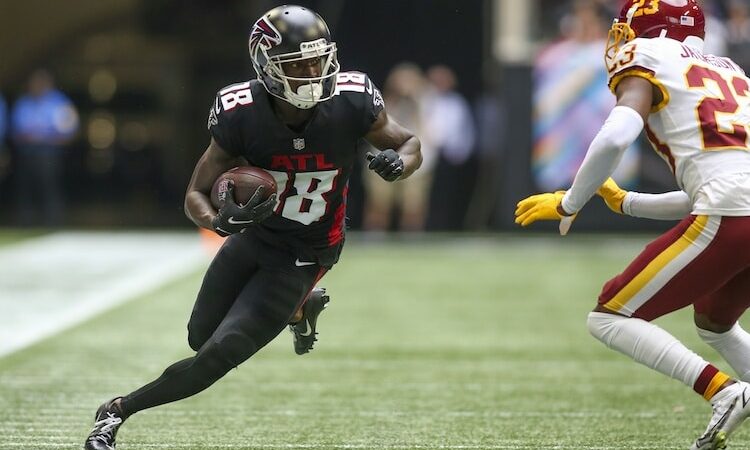 Calvin Ridley, a wide receiver for the Atlanta Falcons, has been suspended indefinitely and will miss at least the entirety of the 2022 season for betting on NFL games this past season. The news broke Monday afternoon, revealing that Ridley wagered on NFL games during a five-day period in late November, during which Ridley was away from the team.

Ridley, 27, temporarily left the Falcons in late October, citing “mental health” issues. In his fourth season, he was placed on the team’s non-football illness list and didn’t play for the team after Oct. 24.

“There is nothing more fundamental to the NFL’s success — and to the reputation of everyone associated with our league — than upholding the integrity of the game,” NFL Commissioner Roger Goodell wrote in a letter to Ridley, according to the league. “This is the responsibility of every player, coach, owner, game official, and anyone else employed in the league. Your actions put the integrity of the game at risk, threatened to damage public confidence in professional football, and potentially undermined the reputations of your fellow players throughout the NFL.”

Ridley’s agency, SportsTrust Advisors, declined comment when reached by phone by US Bets.

According to the NFL, the league’s investigation “uncovered no evidence” that Ridley used inside information when placing bets. The NFL’s statement shared that the games weren’t “compromised in any way,” and that coaches and teammates were unaware of Ridley’s bets.

Ridley tweeted soon after the announcement that he wagered a total of $1,500. The NFL Network reported Ridley’s bets involved the Falcons, who went 6-10-1 ATS last season, according to Vegas Insider. A report from The Athletic shared that Ridley performed his sports betting from a mobile app, placing three parlays from Nov. 23-28. All of the parlays had the Falcons winning, and they defeated the Jaguars on Nov. 28.

I bet 1500 total I don’t have a gambling problem

The Athletic’s report says Ridley placed the wagers from a Florida mobile app, and reporter Albert Breer shared that Ridley’s bets were made on the state’s one legal mobile betting platform. In late November, the lone legal online betting platform in Florida was the Hard Rock digital platform, which was temporarily available in the state during the late fall.

Calvin Ridley bet $1500 and lost $10 million, those are the worst odds in gambling history

“For decades, gambling on NFL games has been considered among the most significant violations of league policy warranting the most substantial sanction,” Goodell’s letter said. “In your case, I acknowledge and commend you for promptly reporting for an interview, and for admitting your actions.”

Ridley can petition for reinstatement on or after Feb. 15, 2023. A Florida native, he has played four seasons for the Falcons after being drafted in the first round out of the University of Alabama in 2018. He had a breakout season in 2020, catching 90 passes for 1,374 yards and nine touchdowns.

The NFL handed down a similar suspension a couple of years ago, albeit with a lesser-known player. Arizona Cardinals cornerback Josh Shaw was suspended for the 2020 NFL season because he bet on games in 2019. Shaw didn’t play a down for Arizona in 2019, having been placed on injured reserve. Like Ridley, Shaw wasn’t with the team when he placed his bets.

Shaw became the first U.S. professional athlete to receive a suspension for gambling since the high court’s PASPA decision in May 2018 enabled states to allow sports betting outside Nevada, which has widely expanded opportunities to wager legally. Reports of Shaw’s case said that he placed his bets in a Las Vegas casino and used his player card and ID, making the wagering easy to track.