In the NHL, no favorite is ever safe, creating an opportunity for sports bettors to search for the right underdog at the right price. 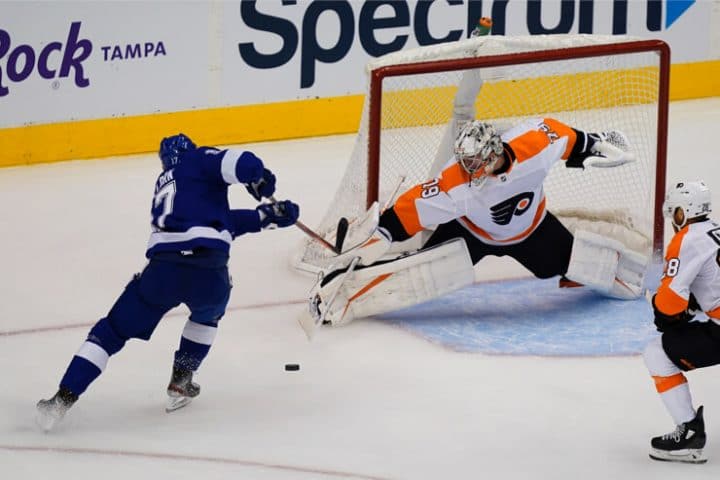 You can press pause due to a pandemic and come back four-plus months later in two Canadian “bubble” cities with a never-before-tried round-robin/play-in format, but no matter how different the circumstances, one thing about the NHL will never change: Every underdog is live.

The 2012 Los Angeles Kings won the Stanley Cup after entering as the lowest seed in the Western Conference. In 2017, the Nashville Predators — the 16th ranked team out of 16 in the playoffs — reached the finals. Just last season, the St. Louis Blues were the worst team in the entire NHL at one point in January before rallying, claiming the Western Conference’s fifth seed, and staying hot enough to win the Cup.

Since the 2020 NHL restart began on Aug. 1, the following has happened: The No. 1 team in the Eastern Conference’s four-team round robin, the Boston Bruins, went 0-3 to become the fourth seed, while the No. 4 team, the Philadelphia Flyers, went 3-0 to become the top seed. The Blues went from No. 1 to No. 4 in the West, while the Vegas Golden Knights went from third to first.

The No. 12 Montreal Canadiens, the worst Eastern Conference team invited to the Toronto bubble, eliminated the No. 5 Pittsburgh Penguins in four games. The exact same thing happened with the Western Conference’s 12th seed, the Chicago Blackhawks, and fifth seed, the Edmonton Oilers. The No. 11 team (Arizona Coyotes) beat No. 6 (Nashville Predators) in the West as well.

This is playoff hockey. Nobody is safe. Every team is just a hot goalie or a lucky puck bounce away from being championship caliber.

When it comes to NHL playoff betting, you can lose a lot of money playing the chalk. But if you find the right underdog at the right price at the right time — and you don’t sell your ticket on PropSwap — you might just light the lamp on your sports betting bankroll.

As the official first round of the NHL playoffs begins on Tuesday, the shortest odds belong to Vegas and Philly, two teams that went 3-0 in their round robins (and were both red hot when the pandemic hit, for what that’s worth almost half a year later).

Here’s a look at the Stanley Cup odds (with conference title odds in parentheses) as of Monday morning for all 16 clubs at a sampling of five regulated sportsbooks found in numerous states with legal sports wagering:

The more sportsbooks that you have access to, the more odds-shopping you can do, and the above table provides some potent illustrations of how you can find value by looking everywhere before you leap. A few noteworthy outlier prices that arguably present bettors with plus-EV situations:

In the NBA, you’d be crazy to pick a middle seed like the Indiana Pacers or Utah Jazz to win the title — even with pandemic weirdness factored in. But in the NHL, why not a team like the Islanders? You probably wouldn’t want to bet them at 20/1, but at 30/1, there’s incentive to take a shot.

Another fun way to bet the NHL playoffs is series by series. You won’t win 30 times your money (at least not without parlaying), but you might find an underdog worth pouncing on under the “nobody is that big an underdog in any NHL series” theory. And perhaps you’ll spot a favorite at odds that you consider safe.

Surveying the various mobile sportsbooks, here are the best odds we found on each team in the series that start Tuesday and Wednesday:

The reality is that, no matter how well a team appears to be playing right now, things can turn on a single clank off a crossbar in the NHL, and the three middling teams that are priced above +200 against the three (for now) best teams in the league all have a shot. Some ’dogs will have their day over the next two months of hockey. The challenge is to get your money down on the right ’dogs.