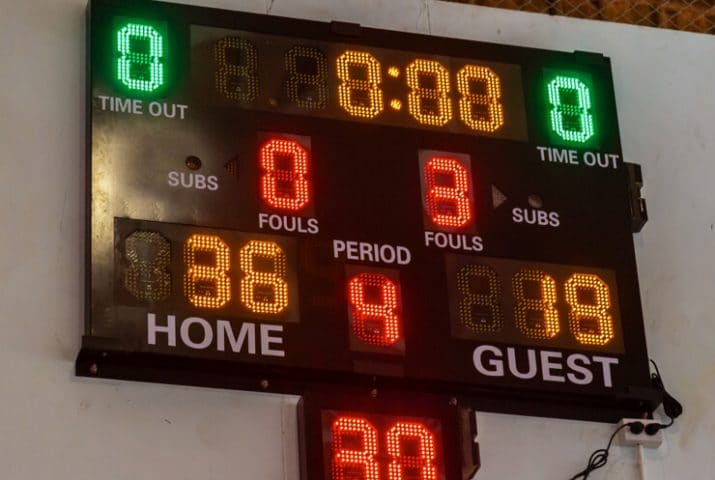 Sports betting at New Jersey casinos and racetracks is increasing each month by a single-digit margin — not bad, but it’s a little surprising that such a new industry would flatten out so quickly.

But the NJ online sports betting side tells an entirely different story.

For the tracks and casinos, the progression of the handle looks like this for the past four months, in millions of dollars: 74, 79, 86, 92.

After doubling its brick-and-mortar rivals in October, online got closer to tripling the live number in November — and may well do so in December.

Other states trying to decide on whether to restrict betting to racinos or casinos, as Delaware and Rhode Island do, will have to sit up and take notice of these figures.

Tale of the tape

Combining live and online into one, here are the November revenue rankings:

* Resorts Digital, which accounts for $7.2 million of this total, is made up of approximately 95% DraftKings Sportsbook revenue, 5% BetStars NJ

Gross revenues across the state from sports betting nearly doubled from October to November — from $11.7 million to $21.2 million. Did most operators follow the trend?

The Meadowlands and Monmouth Park did, going from a collective $4.7 million to $9.7 million.

DraftKings Sportsbook (in combination with BetStars) got a smaller boost, percentage-wise, from $5.1 million to $7.2 million.

One big jump came at Ocean Resort, from $800,000 to $2.8 million, greatly enhancing its status as the top Atlantic City casino sports betting earner.

Borgata, which suffers a bit from merely having a temporary sportsbook at its one-of-a-kind horse racing book, rebounded from $200,000 to $1.1 million. The others saw little change.

So the two racetracks (a third, Freehold Raceway, hasn’t quite gotten to sports betting yet) racked up $9.7 million in revenue both live and online while the seven casinos managed to cash $11.5 million. That’s a much smaller gap than we saw in October.

While the sports betting windows at the Meadowlands command a lot of attention, the track makes more money with its FanDuel online presence: $4.4 mm in November compared to $2.6 mm made at the track.

Monmouth Park, meanwhile, is watching its online presence, through William Hill and Play Sugarhouse, rise. Online accounted for $1.5 mm of Monmouth’s $2.7 mm November revenue, after the two phases finished in a dead heat in October.

As far as tax revenues go, online sports betting produced $1.9 million in November compared to $580,000 from brick-and-mortar sites. (The tax on live revenue is 8.5%, compared to 13% for online revenue.)

For a little perspective, in less than six months sports betting has produced $8 million in direct tax revenue, compared to $41 million from online casino gaming for the year and $166 million from brick-and-mortar casinos in Atlantic City.

All told, there has been $928 million wagered on sporting events in New Jersey since the first sportsbooks opened at Monmouth Park and Borgata in mid-June.

Football has been dominating the wagering this fall, but the “house” has only made 5.4% profit on those bets, compared to 5.9% overall.

Fans of parlays should note that is the house’s biggest profit center, at 8.8% hold.

Buster Douglas, Mike Tyson, And The Sports Betting Myth Of ‘42 To 1’