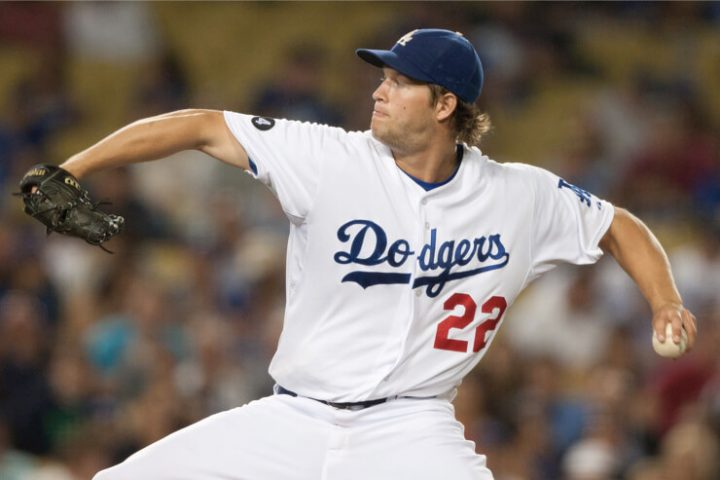 It’s fitting that for the first World Series since the U.S. Supreme Court opened the door for state-by-state legalization of sports betting, one of the teams that got there has a player named Betts and another player named Price.

That team is the Boston Red Sox, the formerly tortured franchise now favored to win its fourth baseball championship in 14 years following an MLB-best 108-win season. Starting Tuesday night, they’ll be trying to deny the underdog Los Angeles Dodgers, who came within one game of the title last season and have another chance on the 30th anniversary of their last World Series win.

After Boston turned away the defending champ Astros with a surprising four straight wins after dropping the ALCS opener and the Dodgers ground out a seven-game NLCS against the upstart Brewers, the team featuring Mookie Betts and David Price opened at Westgate Las Vegas as -135 favorites, with L.A. a +115 ’dog. And the line has already moved everywhere; the people are laying the price and placing bets on Betts.

Get up to $500 in Free Bets at BetStars NJ Online Sportsbook Now!

Whose line is it anyway?

Everywhere you turn in New Jersey, there’s a new online sportsbook or mobile sports betting app. Here’s a look at the latest World Series lines on both teams at seven of them:

Needless to say, it pays to line-shop. If you want to back Boston, you’ll pay the least at playMGM (now on Android and iOS); if you’re thinking the Dodgers are worth a wager, Caesars gives you the most bang for your buck.

Some prefer to bet individual games, but unfortunately, there will be no odds posted for any games until the pitching matchups are announced, and all we know as of Monday morning is that Chris Sale is starting Game 1 for the Red Sox. Here’s the full schedule for the Series (all games begin at 8:09 p.m. ET except Game 5, which has an 8:15 p.m. ET start):

Of course, there are more ways to bet the World Series than just who will prevail. DraftKings, Play Sugarhouse, and 888sport, all of which have their tech powered by the same company, Kambi, have numerous prop bets available.

For starters, you can bet on exact outcomes of the Series — the winner, and how many games it will take:

With Game 5 at Dodger Stadium and Games 6 and 7 at Fenway Park, it’s no surprise that the financial returns on the home teams clinching in those games aren’t as high as you might hope.

There’s also the option to bet the Series with a spread. Boston is favored by 1.5 games, so if you think the Red Sox will win in six games or fewer, the payout is +145, and if you want the other side, where the Dodgers either win the World Series or lose in seven games, you have to lay a -182 price. From where we sit, +145 for the Sox to win in six or fewer is more attractive than -150, or thereabouts, on them just to win.

You can also make the following bets on how many games the Series will go:

Betting on the World Series MVP is always a bit of a crap shoot — sometimes it’s an obvious choice like Madison Bumgarner or David Ortiz, but you never know when a David Eckstein or a Rick Dempsey is going to catch fire for a couple of games.

Interestingly, the NLCS and ALCS MVPs both sit at hefty odds to repeat. Cody Bellinger of the Dodgers is +2000, and Boston’s Jackie Bradley Jr. is a +3300 longshot. Yasiel Puig, who’s hitting .333 in the postseason, is also a fun flyer at +2000.

As for interesting online sports betting promotions, the only one of note so far is FanDuel Sportsbook’s World Series Run Bonus. If you place a $50 or more moneyline bet on any individual game, you get $5 in site credit for every run the team you bet on scores.

It’s not quite the theoretical freerolls FanDuel offered last week on the NBA — you don’t see a single team score 10 runs very often (in last year’s World Series, each team did it once in seven games). But the Sox averaged a best-in-baseball 5.45 runs per game this year and the Dodgers racked up 4.87, and an expected bonus of about $25 on a $50 bet makes for an outstanding value.

Kentucky, Indiana Join The Sports Betting Discussion — Will Either Legalize In 2019?