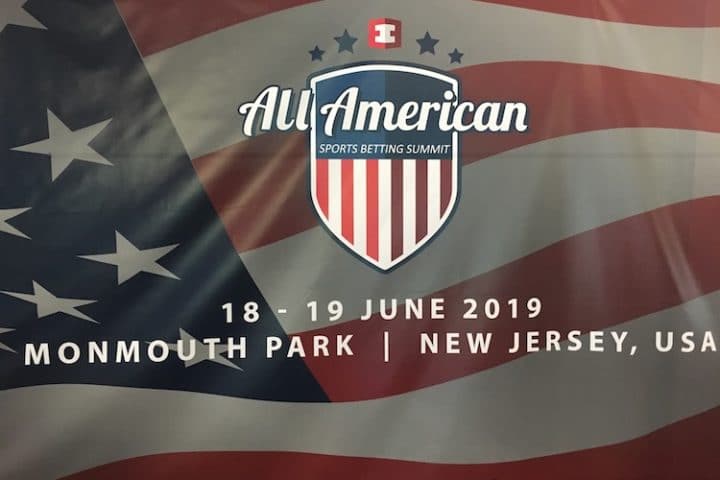 In his most direct salvo yet, New Jersey‘s chief gaming regulator – and therefore one of the most impactful regulators in the U.S. – took aim Tuesday at offshore sportsbooks that have accepted illegal bets from American customers, as well as their partners.

“A word of caution,” New Jersey Division of Gaming Enforcement Director David Rebuck told the All American Sports Betting Summit audience at the Jersey Shore racetrack Monmouth Park. “We made a decision in New Jersey a long time ago: If you engage in taking offshore bets, or if you engage with or support companies that take bets outside of the U.S. [from American customers] with an offshore site…. You’ll never get licensed in New Jersey. So don’t waste your time. You’ve made your bed in the past, and you’ll have to live with it for a very long time.”

The national importance of that stance was underscored by other comments by Rebuck, who is proud of New Jersey’s six years of success in online gaming regulation now followed up by one year of sports betting.

“If you’re not licensed in New Jersey, then I don’t know where you’ve been for the last 12 months,” Rebuck told executives in the crowd. “If you’re licensed and operational – or even if you have just been approved [by NJDGE] – no state in the United States is going to find you unsuitable if you have our approval.”

Rebuck added that in his eight years on the job, that has yet to happen.

“New Jersey is the gateway” to nationwide acceptance, Rebuck added.

Of course, if getting New Jersey’s approval punches your ticket, what does a failure to gain that imprimatur do? For decades, casino operators have known that approval from New Jersey’s strict regulatory guidelines was critical to other states  – while suspension of that approval would raise red flags in any other states where those companies operate.

Rebuck praised officials in states that have recently passed sports betting without “convoluted” language in their laws that he said would slow down the process considerably.

“My staff continues to work with [out-of-state regulators], and as they come in, and I think they have a sense of relief in that the models that we have developed, they can have confidence in them,” Rebuck said. “And by the time the end of August and football season rolls around, a number of these states – they’re going to make it.”

The long-running New Jersey sports betting case was known as Christie v National Collegiate Athletic Association from 2012-17, because the NCAA and four pro sports leagues initially sued the previous Governor, Chris Christie. But by the time the case was decided by the U.S. Supreme Court last year, it had become Murphy v. NCAA.

Gov. Phil Murphy joked to the Monmouth Park audience that “my kids think it’s the biggest deal to happen since I’ve been Governor.”

Speaking about New Jersey’s bid to overtake Nevada in monthly sports betting handle, Murphy said, “Yes, they can hear our footsteps. The New Jersey sportsbook [industry] is a horse that can run, and close, and win….. And we aim to be the state that dethrones Nevada – no disrespect to our friends in the desert – as the place where new technologies are built, and proven.”

(As part of his sales pitch to gaming industry executives in the crowd, Murphy gave out the email of his office for the New Jersey Economic Development Authority – onlinesportsbetting@njeda.com)

U.S. Congressman Frank Pallone, whose House district includes Monmouth Park, said he “resented” the fact that the sports leagues fought New Jersey for so long from having sports betting. Pallone noted that he had introduced The GAME Act bill in the House several times during the legal saga, though the bill never advanced.

Pallone, chairman of the House Energy & Commerce Committee – which has jurisdiction over most aspects of gaming – said that he and his co-sponsors waited to see what other states would do in terms of upholding minimum regulatory standards. He added that the laws have proven adequate, “so we’re not interested right in introducing the Game Act at this time.”

Interesting rule of thumb offered by one Atlantic City casino executive on Tuesday regarding potential online sports betting monthly handle: For each 1 million residents, the state can “hope for” $100 million in handle. But a state like New Jersey – which has 9 million people and which even in Year 1 already is exceeding $300 million per month – has flown so quickly out of the gate that the prediction made was, four years from now, a monthly mobile handle of more than $1 billion.

Michigan state representative Brandt Iden echoed Rebuck’s recommendation that state lawmakers to make sports betting laws “as simple as you can – let regulators do their job.”

Iden, by the way, told MIbets.com Tuesday that he is still trying to convince his Governor, Gretchen Whitmer, to back his proposals for mobile sports betting and mobile casino gaming.

Rebuck said that as long as the U.S. federal government doesn’t recognize cryptocurrency, “It’s not going to happen in New Jersey.”