The Future Is Now: Mobile Sports Betting Already Is King In New Jersey

It's only the second month of mobile sports betting in New Jersey, and already the brick-and-mortar option has been left in the dust. 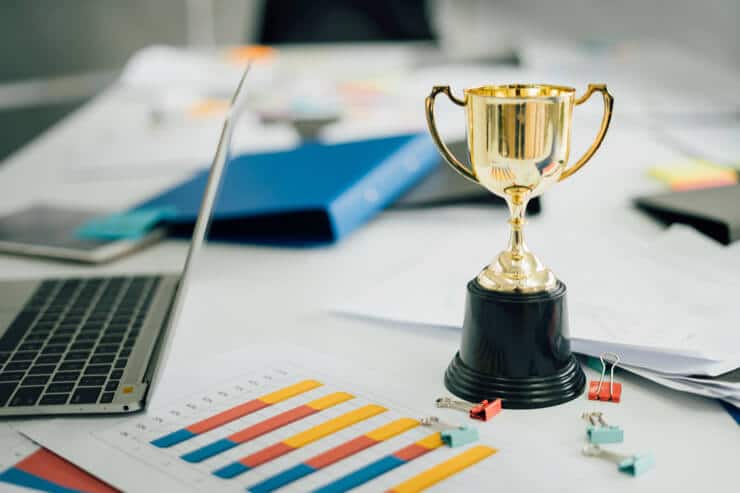 But by early September, the balance was eight in-person venues and seven mobile sites (each of which has to have a land-based partner). And on Friday, state regulators revealed in their monthly report that online betting handle already has easily outpaced on-site action.

September represented just the second month with mobile sports betting in New Jersey, and the handle for online wagering was $105M in those 30 days, compared to $79M for brick-and-mortar. So while the latter still holds a year-to date lead of $210M to $127M, the trend lines suggest internet wagering will claim the 2018 trophy come New Year’s Eve.

The September figures in New Jersey hold great importance, as they’re the first ever in the U.S. for a major sports betting state outside of Nevada during football season. It’s not a fully mature market yet, but it’s getting there, and the numbers give us some hints at what might be to come.

First, while football is not quite king in total handle for the year yet, it is already king in revenue. The sport has been a bonanza for NJ sportsbooks, with a win percentage of 10.2 on $94M in handle. Contrast that to baseball, with a huge head start that has led to $119M in total handle for the year, but with just a 3.5 win percentage — not up to what a sportsbook expects.

Parlays — everybody’s favorite sucker bet — have produced a win percentage of 13.7 on $36M in quixotic selections.

Where does sports wagering figure into the state’s overall gaming revenue figures? In September, the $24M in gross revenue from sports betting nearly equalled the $26M from online casino gaming, while Atlantic City’s nine casinos cranked out $232M in live gaming revenue. Almost half of the industry’s 19.5 percent boost from September 2017 to September 2018 came thanks to the introduction of legal sports betting.

One uncanny note: Monmouth Park operator Dennis Drazin has been saying for several years that when the dust settles, he expects his Oceanport racetrack to take in about 10 percent of the legal action statewide. Well, with a majority of precincts now reporting, Drazin’s September revenue (including a few bucks from online partner William Hill) comprised $2.2M out of the $24M in statewide revenue. Pretty good projection.

There were going to be great expectations for September sports betting revenues no matter what, thanks to the start of football season. But those expectations skyrocketed after state Division of Gaming Enforcement Director David Rebuck told an audience at the Global Gaming Expo (G2E) conference in Las Vegas on Tuesday that the September revenue figure would be “stunning” and would “not disappoint the industry.”

That led my Gamble On podcast co-host Eric Raskin and I to try to set a hypothetical “over/under” revenue line the day before the figures were released, and as you’ll hear, we shot very high.

A jump from $95M in August to $184M in September is significant. But it’s not quite what the word “stunning” led us to assume it would be.

Sports betting revenues across all the casinos more than doubled in September, led by Borgata at $2.4M.

The biggest number of all, however, was the $8.5M generated by Resorts Digital — virtually all of that presumably attributable to its DraftKings Sportsbook. FanDuel, the daily fantasy sports rival that is hooked up with the Meadowlands, landed $2.9M.