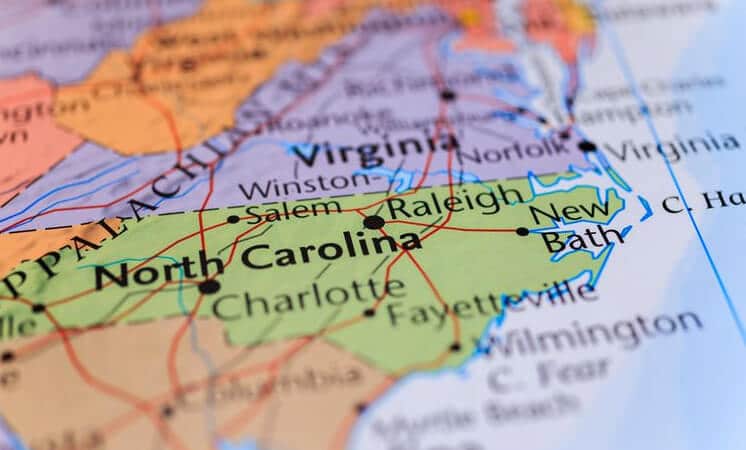 Mobile sports betting could soon be on its way to North Carolina.

The state, which allows retail sports betting at a pair of locations owned by the Eastern Band of Cherokee Indians, doesn’t yet allow for online sports wagering. But that could change thanks to SB 688, a bill introduced in 2021 that has a legitimate chance of passing through the House in 2022.

“I do think it’s going to move,” Rep. Jason Saine told the Charlotte Observer. “I’ve got a pretty good vote count where I think we’ll have the votes.”

The 2021 North Carolina legislative session is still technically in session, as legislators continue to discuss redistricting within the state. According to a legislative source, it’s unlikely any business other than redistricting will be discussed before the 2021 session adjourns in the near future. There’s an expectation that the sports betting bill, which made it through the Senate successfully in 2021, will be addressed by the House when the legislature reconvenes in mid-May.

North Carolina’s governor, Roy Cooper, has been clear about his support for the legalization of online sports wagering.

“It’s here, whether we like it or not,” Cooper said on a recent episode of ACC Now, a podcast from the News & Observer. “The issue is, will North Carolina try to be on the cutting edge for the technology jobs and other employment that it will create and plus be able to get state taxpayers their cut, or are we just gonna let it happen all around us?”

.@RoyCooperNC says he supports legalizing online sports betting in NC. "It’s time for us to step up and do it," he told @LukeDeCock on latest episode of @ACCNowPod. Story: https://t.co/EU8ctpIRnF @accnow: https://t.co/b5t3CNsOUj

Some pushback from legislators

Despite the possibility of legalized mobile sports betting, there’s been some pushback from legislators and stakeholders who worry about the negative effects of gambling.

“Money is the god of everything,” Rep. Marcia Morey, a former Olympic swimmer, told the Charlotte Observer. “Let’s keep that out of sports.”

But Cooper’s argument is that there’s no keeping money out of sports. More than half of U.S. states allow legal sports betting, and customers in states without legal mobile wagering often use offshore sportsbooks to place wagers. Cooper feels that some people are likely dealing with gambling addiction from the use of black-market sportsbooks, and regulating the industry and offering help to problem gamblers is a good long-term solution for the industry.

“I think it’s time for North Carolina to step up and do this,” Cooper said.