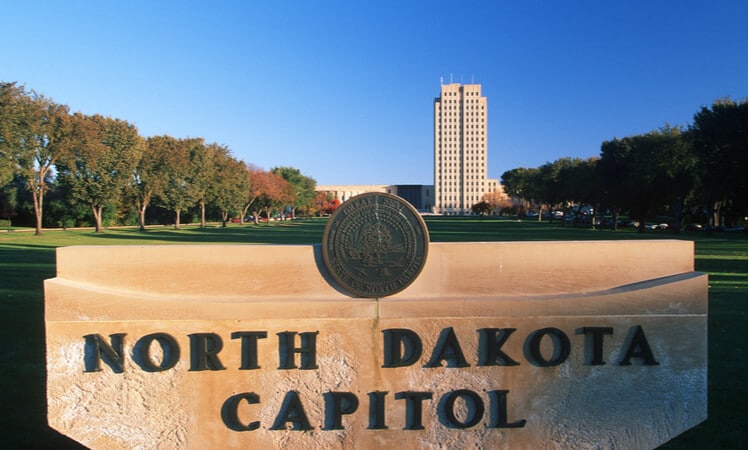 Efforts to bring regulated online poker to North Dakota and allow the state to enter into liquidity sharing deals with other online poker states continued to advance this week in Bismarck.

On Monday, the Senate Finance and Taxation Committee heard arguments in favor of a proposal to put online poker up to the voters of the state, along with a companion bill to implement the will of the people. The House passed the measures earlier this year, and now the Senate has them for consideration.

The man spearheading the efforts is state Rep. Jim Kasper. Kasper, a Republican who said Monday that his proposal is “very simple.” Kasper also led an unsuccessful online poker push in the mid-2000s.

“At the height of online poker, there was an estimated 300 million players worldwide,” Kasper said, “and many of them in the United States. … This would be a vote of the people, they would decide whether or not they wish it.” Kasper didn’t cite any data on the number of North Dakotans who play(ed).

Kasper called poker “much more of a game of skill than a game of chance” in comparison to other forms of gambling. Kasper noted that North Dakota has long, dark winters, and people are already playing online poker from home right now. He also cited his experience playing poker with family members as a kid, and how many fellow residents enjoy the game as a pastime.

Player pooling critical for such a small state

With only about 760,000 people, North Dakota is a state that would benefit enormously from entering into a compact with states like Michigan, Pennsylvania, or New Jersey, which all have regulated online poker. Delaware and Nevada also have it. West Virginia has it legalized, but there isn’t a regulated poker site yet. States like Indiana and Connecticut are considering it.

The poker site that would most likely jump first at the opportunity in North Dakota would be PokerStars, but it’s unclear if PokerStars would launch in such a small market without liquidity sharing in place beforehand or imminent. North Dakota as a ring-fenced market wouldn’t be overly successful.

Regulated online poker is opposed by tribal gaming groups in the state, which offered testimony Monday in opposition. Collette Brown, the gaming executive director for the Spirit Lake Nation, called poker a “dying game” and highlighted how the tribal casino has only run one live poker game in the last three years. According to Brown, there isn’t much interest in poker anymore.

State-sanctioned online poker was also opposed by the Family Policy Alliance of North Dakota, which cited addiction concerns. Like the tribes, it asked policymakers not to vote in favor of the proposals.

The 2021 legislative session is slated to end April 28, so about six weeks remain to pass the proposals.