Governor would have the state lottery take control of sports betting 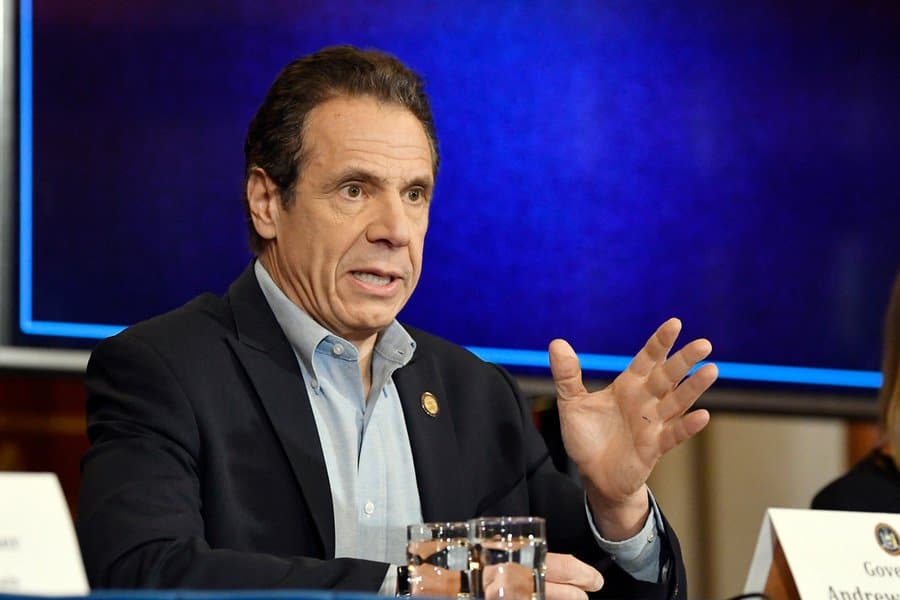 The U.S. gaming industry already was in a frenzy over news on Wednesday morning that New York Gov. Andrew Cuomo — as adamant an opponent of legalizing mobile sports betting as there was among top elected officials — had a change of heart.

Then just past noon ET, Cuomo confirmed the published report, but with an unexpected twist: Cuomo told reporters at his press conference that he wants the state lottery to run the sports betting show.

“Many states have done sports betting, but typically they allow casinos to run their own operations,” said Cuomo. “That makes lots of money for the casinos, but it makes minimal amounts for the state.”

A Cuomo aide then noted that neighboring New Jersey — which is often called a model with its robust, competitive sports betting marketplace — has made less than $85 million in tax revenue from it since the new gambling debuted there in mid-2018.

A lottery-run system, the aide speculated, could bring New York State $500 million annually in taxes instead of a projected $50 million. (Actually, projections with casino and racetrack participation have been $100 million.)

The same aide said that “for bettors, it will be the same” with the lottery in charge.

New York would not be the first to go this route — just by far the largest.

Tennessee (which has no other legal gambling except the lottery), Delaware, New Hampshire, Oregon, Rhode Island, Montana, and Washington, D.C., also have lottery-managed sports betting. Tennessee, the most heavily populated of those states, only has about two-thirds the population of New Jersey and one-third that of New York State.

“I don’t think he understands the business model of sports betting,” said Meadowlands Racetrack operator Jeff Gural, who also runs an upstate New York casino, Tioga Downs. “The state will lose a fortune if they run it themselves.”

Jurisdictions where the lottery is the sole provider of sports betting — such as Oregon, Rhode Island, and Washington, D.C. — have fared particularly poorly.

Oregon’s lottery lost money in its first year of operating a sportsbook, and several others haven’t sniffed anything near rosy projections. Meanwhile, states with participation by casinos, racetracks, and other gaming partners all have made profits that provide tax revenue.

Gural stands to retain a lot of transplanted New Yorker business — estimated at about 20% of all wagers — for his Meadowlands track and FanDuel and PointsBet mobile sports betting app partnerships if Cuomo’s proposal wins the day. That’s because a monopolistic enterprise in New York is unlikely to offer competitive betting odds or appealing incentives such as “odds boosts.”

Winners and losers from the news

Cuomo said in a statement after the press conference that “the New York State Gaming Commission will issue a request for proposals to select and license a sports operator or platform to offer mobile sports wagering in New York. This operator or platform must have a partnership with one of the existing licensed commercial casinos.”

MGM owns Yonkers Raceway, but it is a “racino” with slot machines but no live-dealer table games or sports betting. The sports betting developments didn’t seem to bode well for MGM after it paid $850 million for the venerable harness racing track and adjacent Empire City slots parlor,

Yet, at least at first blush, MGM seemed buoyed by Cuomo’s announcement on mobile sports betting.

“I’m absolutely delighted to see the support from Gov Cuomo,” said  BetMGM CEO Adam Greenblatt. “Legalizing sports betting has the potential to bring leaking tax dollars back to New York from offshore books and nearby states. We’re eagerly awaiting next steps and have every intention of working closely with regulators in New York to bring BetMGM’s leading digital offering to the state.”

One of the last questions at Cuomo’s press conference raised another topic of urgent importance to MGM: the moratorium until 2023 on adding up to three new casinos in the New York City market. The question was whether moving up that time frame was “under consideration.”

Supporters of an accelerated timetable have speculated that the state could collect a one-time $500 million licensing fee from both Yonkers and the Genting-owned Aqueduct racino in Queens.

“I haven’t given it any consideration,” Cuomo replied.

The New York Daily News had a scoop earlier Wednesday morning that Cuomo would reverse his longstanding opposition to sports betting.

“New York has the potential to be the largest sports wagering market in the United States, and by legalizing online sports betting we aim to keep millions of dollars in tax revenue here at home, which will only strengthen our ability to rebuild from the COVID-19 crisis,” Cuomo said in a statement.

“At a time when New York faces a historic budget deficit due to the COVID-19 pandemic, the current online sports wagering structure incentivizes a large segment of New York residents to travel out of state to make online sports wagers or continue to patronize black markets.”

That news was welcomed by the U.S. gaming industry, since initially it seemed as if New York might welcome a host of sports betting licensees.

Cuomo has been the roadblock to mobile sports betting, which was first approved by the state Senate in 2019 and which appeared to have had the backing of an Assembly majority if not for Cuomo’s opposition.

But the possibility of a one-operator monopoly, a la New Hampshire and DraftKings, may lead to resistance in the legislature. So now the future of New York State and mobile sports betting has reverted once again back to “murky.”