Breaking Down A Record-Setting Month Of Sports Betting

The nationwide numbers are in, and October 2020 will go down as a historic U.S. sports wagering month 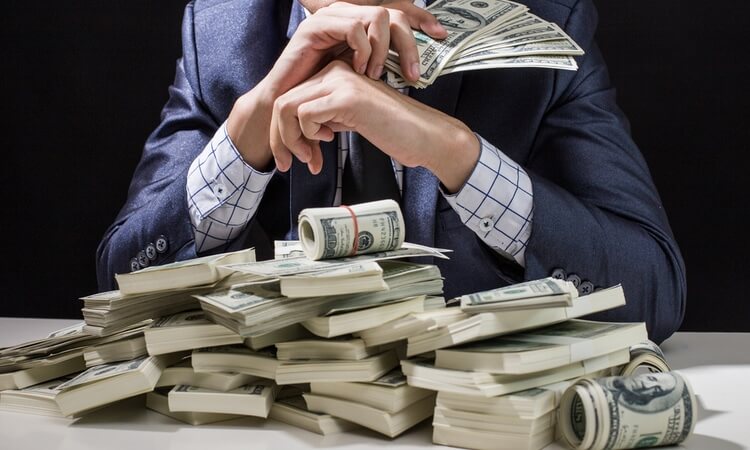 Records are always meant to be broken, though the length of time before it happens varies based on degree of difficulty. For example, Joe DiMaggio’s 56-game hitting streak will enter its 80th season as the Major League Baseball standard if the 2021 season goes off as planned.

In the case of legalized sports betting handle, the all-time national monthly high of $2.86 billion set in September did not last even 80 days. Sportsbooks crashed through the $3 billion mark in October, finalized by the Illinois Gaming Board reporting a handle of $434.6 million at its regulatory meeting last Thursday. The final national tally was nearly $3.264 billion, a 14% increase from September as a new industry high was set for a third consecutive month.

The fact that the record was broken was no surprise to anyone in the industry — in fact, it was projected shortly after September’s record handle was added up in early November.

What was surprising, though, was the record-shattering revenue sportsbooks collected in October as operators across the board fared far better than they did in September. The books made a cumulative profit of $267.8 million in October, nearly double September’s haul of $141.3 million.

The following is a casual collection of various factors and figures that contributed to October being the new standard for sports betting statistics.

As reports rolled in from every state, it became clear early September’s handle was going to be short-lived as the standard. Even states that do relatively small sports wagering business saw a huge improvement. Arkansas, for example, posted a 65% increase in handle month over month. While the dollar figures may not look impressive, jumping from $3.96 million to $6.56 million, it fit the pattern of double-digit percentage growth month over month taking place across much of the nation regardless of market size.

A million here, and a million there, and before you know it, you have millions and millions of dollars adding up. Small states performed incrementally better, medium-sized markets did notably better, and the large players piled on and piled up the money. Fourteen jurisdictions had double-digit percentage increases from September to October, contributing to a handle that eventually finished $401.5 million greater than September.

The sportsbooks get the ‘W’

As states provided their respective handles, substantially higher win rates were also being noted. When August set what was then the high bar at about $2 billion in handle, the national win rate was 5.31% — well off the 7% considered to be the industry standard. The result: A $108.3 million haul for sportsbooks that, though impressive, settled into fourth all-time at the time.

September’s $141.3 million came off a win rate of 4.94% as bettors continued to, relative to expectation, outperform sportsbooks — the $33 million improvement in revenue operators enjoyed was more the by-product of the monthly handle surging 40.3% month. In October, however, sportsbooks finally flexed their muscles in terms of wins and losses and made the most of another substantial increase in handle.

The national win rate for October was 8.21%, well above that industry standard. Every state with the exception of Nevada exceeded that 7% mark, and the Silver State compensated with a monthly record handle (for now) that helped result in its fifth-best month for revenue since PASPA was struck down in May 2018.

Mobile betting matters more than ever

Another by-product of the COVID-19 pandemic was the importance it stressed on the availability of mobile sports wagering. States that have remote registration provided instant access for bettors who could not or would not go to casinos or sportsbooks to place their bets. Further, the difference between remote registration and in-person registration was never made more stark than this summer and fall when New Jersey usurped the title of sports betting handle king from Nevada, perhaps on a permanent basis or until Las Vegas also embraces remote registration.

All those extensions paid off handsomely in October when three of the state’s five mobile operators — DraftKings, FanDuel, and BetRivers — eclipsed $100 million in overall handle, while PointsBet chipped in $60 million.

Remote registration has also aided the tier just below the top four, most notably in the cases of Indiana and Colorado. Both are vying to become the Gonzaga of sports betting — mid-major states that are high-major performers. The Hoosier State has the edge at the moment, considering it has cleared $200 million for three consecutive months with increased handle despite bettors in nearby Chicago having mobile betting access inside Illinois state borders.

The next tier after that will be entrance to the nine-figure club for states that crack $100 million in handle. Tennessee, which launched mobile-only sports betting Nov. 1, figures to have a good chance at hitting that standard on its debut.

Iowa figures to get there as early as January when remote registration becomes available following the sunset of the in-person registration provision on Dec. 31, and Michigan should join the group shortly thereafter. Online sports betting is expected to be available there in mid-January, and it stands to reason the 10th most populous state in the nation will quickly live up to its potential even if its pro teams are in rebuilding modes.

Parlays contribute to win rates, and football is king

America, we need to talk about your obsession with parlays. No one will ever deny a bettor to dream the big dream of hitting a 12-leg parlay at astronomical odds for a huge payday, or even a modest multi-leg parlay that delivers a payoff that covers a nice steak dinner.

Twitter is awash in such moments of fleeting victories, but the truth is that your chances of hitting those monstrous parlays are slightly better than your chances of being run over by a stampede of wild elephants (and one baby zebra) on the 4th of July between the hours of 3:55 and 4 p.m. in your house during a hailstorm.

While not every state provides a win-loss report for how bettors fare on parlays, the evidence among the states that do provide such information shows the house performs substantially better on those wagers than it does overall.

What makes the phenomenon relevant is the cumulative handle from this seven-state snapshot represents more than 10% of the entire October handle, with the sportsbooks recording a 15.29% win rate that was nearly double the overall 8.21% win rate for the month. Just look at those win rates in Nevada and Mississippi — the New York Jets and Jacksonville Jaguars dream of such win rates.

Speaking of football, its popularity cannot be overstated when it comes to being the primary driver of this surge in handle the past two months. Some states do break out football by pro and college, but since others do not, the totals represent the combined handle for college football and the NFL.

Looking at Mississippi’s football handle and expecting Tennessee’s to be somewhat similar, it is understandable why operators want to expand further into the southeastern part of the country given the popularity of college football.

What does the future hold?

It would not be surprising if October’s record is also short-lived, though it’s hard to say if November will extend the record-breaking streak to four months.

On the plus side, Tennessee enters the chat with a full month of revenue reports following its Nov. 1 launch, and with early projections placing the Volunteer State around $100 million, it will help counterbalance the slight downturns — Pennsylvania among them — from some states that have already reported. Other states, though, have bucked that trend. New Jersey wowed with a new national standard of $931.6 million in November, while Indiana and Iowa each reported new highs for their respective handles. Nevada’s report will go a long way in determining if the run continues, and newer players Colorado and Illinois will have to maintain their early promising results.

We won’t know for sure until mid-January — Illinois’ statutory rules give the state’s gaming board a longer lag time to compile its figures — but we do know records are made to be broken.