The ripple effects of the January Wire Act memo release are still being felt, with the latest maneuvers by Nevada and Ohio. 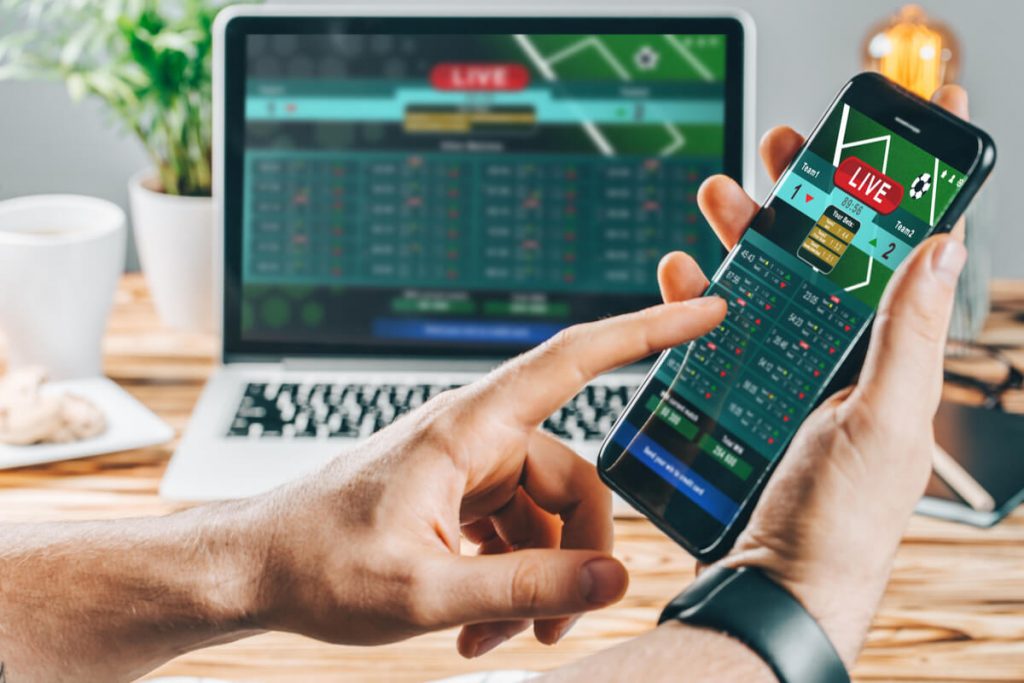 A mid-January legal memo from the Department of Justice was broad and vague, causing many in the gaming and lottery industries to consider the implications for any state-sanctioned gambling that involved any interstate transmission of data or technology.

The 23-page memo, which was written in early November, was on the antiquated 1961 Wire Act, a law that applies directly to activity crossing state lines.

With the internet being inherently interstate, some states have shown a desire to shore up their statutory and regulatory language in order to mitigate the chances of federal overreach. A court challenge is also unfolding, as the industry appears to be doing everything it its power to protect itself.

Nevada, which has the nation’s oldest-regulated gaming industry, has a bill (SB 73) clearing hurdles in the legislature that appears to help mitigate against any confusion over the state’s mobile sports betting. The Nevada bill was prefiled about two weeks after the Wire Act opinion was written.

Effectively, the legislation would regulate mobile sports wagering platforms in the Silver State like a slot machine, further distancing the offering from being considered online, or internet, gambling.

It is splitting hairs, but it matters after the Wire Act was re-interpreted to call into question online gambling. Nevada looks to be playing it safe.

“This bill no longer considers mobile gaming as a unique and separate gaming category,” NGCB Chairwoman Sandra Douglass Morgan testified at a recent hearing on the legislation. “It simply adds mobile gaming to the definition of a gaming device, which would regulate mobile gaming just as any other game devices in the state. There are currently five companies with a mobile gaming license, and this bill would grandfather [in] those companies.”

The distinction might not be readily apparent to the consumer, or the sports bettor, but in Nevada, mobile sports betting, under law, is conducted through “communications devices” that are operated solely in a Nevada casino. Online gambling, or “interactive gaming” as Nevada calls it, involves gambling through a computer and does not require the online gambling servers to be within a NV casino. In other words, gambling on your laptop or desktop. The only form of online gambling that Nevada has, under this definition, is online poker.

Of course, mobile devices are connected to the internet, with communications traveling across state lines. It’s worth stressing that we’re dealing with a reinterpretation of a law from the 1960s, which could never have foreseen the changes in information technology.

It appears that having the mobile gaming category is no longer sufficient to protect Nevada’s industry from possible complications with federal law. So, Nevada would effectively shore up mobile gaming by putting it in the same regulatory box as slot machines. Multistate progressive slot jackpots are considered to be theoretically vulnerable under the new Wire Act memo, but it’s hard to see an enforcement action against a multistate progressive jackpot network, like the one IGT launched between NV and NJ in 2014. NV regulators approved the multistate systems in 2013.

It is worth noting that back in October, Nevada regulators were chewing on a proposed regulatory change to allow the state’s sportsbooks to take sports bets from gamblers located out of state. That now appears to be completely off the table for the indefinite future.

Mobile sports wagering could have an extra layer of regulatory protection from potential legal trouble under the changes proposed under the Nevada bill.

It looks like at least one other state is paying attention.

While the legislative gears turn in NV, the state of Ohio has kicked off its sports betting debate, holding its first ever hearing on the issue last week. The Wire Act was a key sub-issue during the public meeting.

House sponsors of the Ohio legislation don’t want the bill to authorize mobile or online sports betting explicitly. The intention is to be more vague, but to still allow statewide, remote wagering.

Ohio State Rep. Dave Greenspan, co-sponsor of the bill that would assign sports betting regulation to the state lottery, said that the proposal is still in its early stages, but he explained why the decision was already made to avoid language that appears in other state sports betting bills.

“The reason we went with that language, versus ‘mobile’ and ‘online,’ is, once again, ‘devices,’ ‘personal devices,’ and ‘software’ are broad terms,” he testified. “We don’t know 5-10 years from now what the technology may be, what the delivery system of the product may look like. So we want to provide a broad context by using those phrases: devices, personal devices, and software. It is a catch all so anything new that becomes available falls under this definition. If we use the more narrow definition of mobile/online, a device might not fall under that definition. I wanted to make you aware that the Wire Act is a concern as it relates to interstate gambling, interstate sports wagering. The lottery commission, as they currently operate, is on a closed-loop system, effectively an intranet. There are ways that we can offer a platform in Ohio that would meet the requirements of the Wire Act.”

It’s worth noting here that state lotteries, which benefit greatly from multistate jackpots like Mega Millions and Powerball, are also under threat from the Wire Act memo.

There’s also a sports betting bill in the Ohio Senate, and it calls explicitly for mobile sports betting. In other words, the Senate sponsors aren’t (at least not yet) showing the same concerns about the Wire Act as the House proponents.

Better to be safe than sorry?

It’s hard to say whether the regulatory changes that NV is considering and the carefully broad language in Ohio are ultimately necessary. The Wire Act memo appeared hastily written and politically motivated. It’s not clear that there will ever been an enforcement action against some form of state-sanctioned gaming.

Still, NJ is suing to try to uncover smoking gun evidence of corruption pertaining to the opinion’s origins.

At any rate, the memo has caused some states to look carefully at laws and regulations pertaining to any interstate transmission of information related to gambling. This was the reason for Pennsylvania’s delay of launching online gambling. Before the memo, PA casinos were eyeing servers in NJ.

Will other states make similar moves or hold similar discussions next legislative session?