Industry Once Said Ohio A ‘Shoo-In’ For Sports Betting, But Efforts Appear Dead In 2020

There are just days left in the legislative session, and a sports betting proposal isn't on the schedule 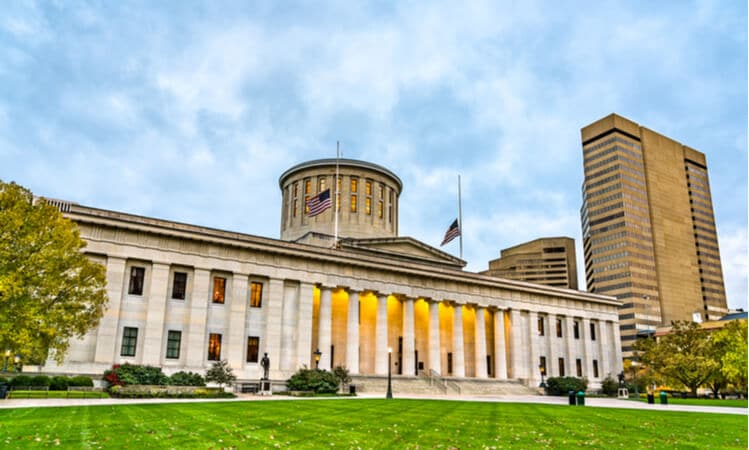 Ohio was among a small number of states that once appeared poised to legalize sports betting in the second half of 2020. That now appears not to be the case, as the Senate’s sports betting bill isn’t on the chamber’s committee schedule for this week, likely sealing its fate.

An attempt on Tuesday to get comment from state Sen. John Eklund, sponsor of the bill, was unsuccessful.

This week was expected to be the last drive for the sports betting efforts, which unofficially date to late 2018 when then Gov.-elect Mike DeWine, a Republican, signaled his support for legal sportsbooks in some form for the Buckeye State in the wake of the May 2018 Supreme Court ruling.

The 2020 session is expected to end in the coming days, and there just doesn’t appear to be enough clock left for the bill. Unfortunately for the efforts, they will have to officially start from square one in 2021, though progress made on the concept of sports betting for Ohio will not be lost.

The legislation on the table now cannot carry over into the next session. Some key departures in the Ohio Legislature also mean that the efforts will have new shepherds next year, but that isn’t expected to play a big role in legalization’s ultimate chances. There are other potential torch bearers.

What happened in Ohio?

It’s likely a mixture of reasons for why Ohio couldn’t cross the finish line despite about two years of support from the governor. No one issue appears to have killed the proposals.

It was a major discrepancy between the bills, but as time went on it became clear the Senate’s plan on this topic would win out. It took a lot of time to reach an accord on this, however. Under the Senate plan, Ohio sports betting would have had less of a retail component than what was pitched in the House plan. The House bill would have allowed sports wagering equipment in veterans’ or fraternal halls.

Both bills would have allowed online/mobile apps.

Of course, the regulator is only one piece of the puzzle. Ohio at one point was also grappling with resistance from colleges and universities when it came to gambling on their sports.

Furthermore, the bills diverged on the tax rate, and late adjustments made to the Senate bill gave each of the four casinos and seven racinos just a single online/mobile sports betting skin. Some states give each casino property three brands, and some even allow stand-alone apps.

Licensing and renewal fees were also the subject of changes in recent weeks.

Long story short: Ohio’s dueling sports betting proposals made the process of creating a single plan to send to the governor more difficult. But it was still expected to have a strong chance of passage in 2020.

The COVID-19 pandemic threw a wrench in the legislative process, not just for sports betting. Ohio has been home to some fierce partisan politics surrounding the pandemic, which FanDuel cited as a reason for the delay. The sportbook once considered Ohio a “shoo-in” for relatively swift adoption of sports betting.

If you couple the pandemic with an unrelated corruption scandal that allegedly involved the former speaker of the Ohio House, it was just a tough year for a gambling expansion bill.

It is worth noting that a pair of local politicians in Cincinnati were charged with alleged corruption surrounding a tentative plan to have sports betting at a former hotel in the city. There’s no indication this had anything to do with the efforts in Columbus falling short this year.

And finally, Ohio could be kicking the can down the road on sports betting because of federal dollars it may receive due to the pandemic. A pair of industry insiders chatted briefly about this potential factor.

That is certainly the case in some states (NY being one of the biggest) who are taking a wait and see approach. Many states won’t even begin considering their budgets until next year when their sessions resume (Covid pending).