Internal discussions over the next week or so could determine whether Ohio will be able to put a single bill together to legalize sportsbooks. 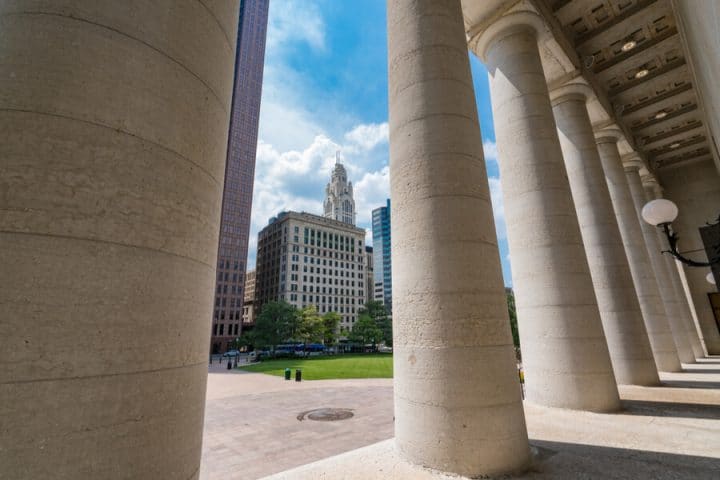 Legislative efforts to legalize and regulate sports betting in Ohio apparently are nearing a crucial moment.

In late May, the Ohio House passed its version of legislation to authorize, regulate, and tax the commercial activity. However, a similar but distinctly different version of the plan was on the table in the Senate.

Notably, the House version would make the Ohio Lottery the regulator, while the Senate version calls for the Ohio Casino Control Commission to regulate. It’s a major difference, but it’s one that state Sen. John Eklund, the Republican sponsor of the Senate version, said can be resolved — and possibly very soon.

“I think the House bill was the attempted compromise,” Eklund told US Bets Wednesday. “I don’t mean to speak for the sponsors over there, but my sense of it is that they genuinely believed there was a constitutional obstacle to having the casino commission regulate this activity. I never did think there was. We have been exchanging views on that over the last month or so, and again, not to speak for the sponsors in the House, I feel very strongly that our legal position on that issue is the right one.

“Will the House see it that way and accede to it? I think that’s one of the issues we will take up over the next week, and we’ll figure that out pretty quickly — whether yes or no. There was a role for the casino commission under the House bill, providing security and enforcement and that sort of thing, but I never thought that was the proper way to go.”

According to Eklund, the House bill would put Ohio in the position of serving as an operator of sports wagering, rather than the regulator. He believes the state is best suited as a clear-cut regulator, calling it a “philosophical issue” on the proposed policy.

“If the state is going to stick its nose into what otherwise is a private enterprise, it’s better as a regulator than an owner-operator,” he said. Gov. Mike DeWine has also indicated support for the Senate version.

Ohio needs to consolidate efforts into one bill

Eklund said it won’t bode well for the sports betting efforts in 2020 if the competing legislative proposals can’t be combined, or boiled down, into a singular proposal. The legislature might not have the bandwidth to figure out what to do with bills that are in opposition to each other, especially in an election year and amid the coronavirus pandemic.

“I think at this stage in the game, in my view, it won’t do to have two separate bills trundling through the process, asking the members to pick their favorite child,” Eklund said.

“You can do it that way, but I think we’d be much better served, particularly under the circumstances we’re in, if the sponsors of both bills can at least come to some modus vivendi that we can then present to members to say, ‘Look, the disagreements are gone, we all think this is the way to go,’ and present a unified front that way.”

Sports betting won’t be a windfall for Ohio’s coffers, and the coronavirus pandemic has obviously commanded a ton of attention from policymakers. Eklund said sports betting legalization can still be completed amid the challenging environment. The Ohio Legislature has session days well into December.

“It’s going to be a challenge,” Eklund acknowledged, “not that [the legislation] wasn’t a challenge to begin with, with the legislative agenda having been co-opted, if you will, by this coronavirus crisis and the struggles that the state is having trying to find the right balance to address it — and of course the fiscal difficulties that Ohio is facing in view of the economic impact of some of these governmental responses. We’ll put other things at a higher priority than they otherwise might have been.”

He said policymakers, however, are still looking to complete work that originated in the pre-COVID-19 world. Ohio is bordered by three states with legal sports wagering.

“Does that mean that something which was good policy before there was a pandemic does not remain good policy? The answer to that is ‘no.’ I strongly believe the government should be able to walk and chew gum at the same time. I’m not going to let my foot off the gas when it comes to sports gaming.

“What I’m hopeful for is sometime in the near term, in the next week or so, my joint sponsor (Democratic Sen. Sean O’Brien) and I will be communicating with the sponsors of the House bill and going through them in some measure of detail to determine what is it that is really substantially different about [the bills], how much are they cosmetically different — and if they are substantively different, how do we come to terms on those substantive differences.”

For the sports betting industry, Ohio is a coveted prize. Its population is not far off from the likes of Pennsylvania and Illinois, and the Buckeye State is home to some devoted sports fan bases.