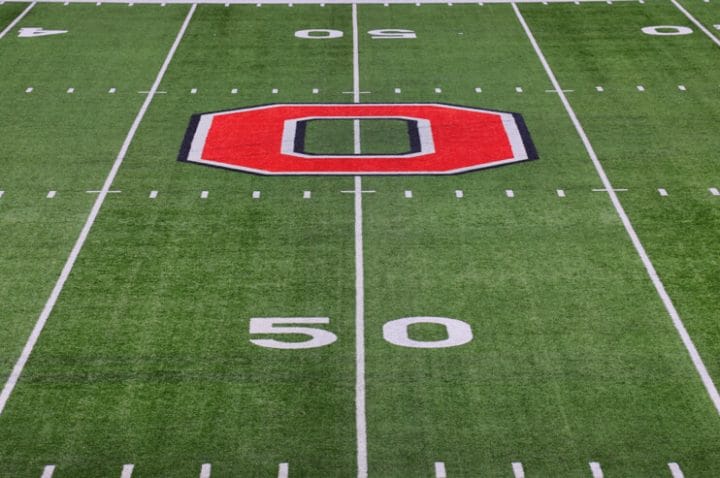 Ohio policymakers are taking their time behind the scenes crafting a potential sports betting framework, all in an effort to hopefully expedite the process once it formally hits the legislative table.

Legislation is the works right now and could be introduced in the first half of March, according to Buckeye State Sen. John Eklund, a Republican who has already put his name on a shell bill that signaled Ohio’s intent to take up this issue this year. Eklund is the chair of the Senate’s Ways and Means Committee.

Unlike states with legislative sessions that end in the first half of the year, Ohio’s General Assembly has plenty of time. Sports betting discussions could theoretically extend past the fall of this year. That’s not what Eklund is expecting, but Ohio’s sports betting hourglass is far from expiring.

“It’s a little hard to predict,” Eklund told US Bets on Friday regarding when a bill would be introduced. “We’re continuing to work with interested parties, and there are a number of competing views of the world that we’re trying to resolve in advance so that once it’s introduced, the framework is understood. I’d rather do as much of that upfront, before introducing the bill, as we can, so that we spend substantive time, once the bill is introduced, rather than arguing theory.”

Eklund said that at this juncture he expects the process to take “three [more] weeks,” setting the stage for a March introduction if everything continues to move along as planned.

More than two dozen states, including Ohio neighbors Indiana, Kentucky, and Michigan, are considering sports betting, but that isn’t a factor in Ohio’s path toward the new casino offering.

“I don’t feel any urgency because of what other states are doing, or when they are doing it,” Eklund said. “It’s of no great moment to me. The urgency to me is that we introduced a placeholder bill last year that said it was our intention to formulate a policy and pass a statute, and I’d like to keep my word. I would rather, however, make sure we’re doing it right, that we’re first in class. That’s my primary objective.”

Mobile wagering still up in the air

At one point in time, Ohio had a polar vortex-like feeling about the idea of mobile/online bets, but the state is gradually warming to it. The gaming industry is slowly but surely convincing some folks in Ohio that betting outside of a brick-and-mortar casino or racino can be effectively regulated. Whether that puts a potential mobile provision in a sports betting bill past the finish line remains to be seen.

“My thinking on [mobile] is evolving,” Eklund said. “When I first contemplated the idea, I thought it was kooky, frankly, because I was ignorant, but I am learning more and more that there are many vendors out there who profess to have the means by which to maintain the security in that space, to maintain integrity. So I guess I am to the point where now I would say, yeah, I see where that would be something worth considering.

“But, I also think that we need to strike a balance with a bill like this, between putting things in the bill that are basically micro-managing the process on the one hand, and on the other hand making it too broad so that it’s left to some regulatory agency down the road without sufficient guidance from the legislature, about what we want to allow and what we don’t want to allow. So, if we go down that road, my sense right now is that it would be trying to strike that balance.”

In years past, Ohio has been home to murmurings of online casino legislation, but the state has so far stayed away. That could change thanks to sports betting, especially if mobile is part of the equation.

“There have been, over the past five to seven years, occasional conversations around other forms of gambling online, but I don’t think they’ve ever gathered much traction here,” Eklund said. “That might be renewed once we get going with sports gaming.”

Ohio governor appears on board

Late last year, newly elected Ohio Gov. Mike DeWine, a Republican, indicated that he believes sport betting should be legalized in Ohio. “It’s coming to Ohio, whether people want it or not,” he told News 5 Cleveland.

“I think it’s important for Ohio to do it right,” DeWine added. “We just need to make sure it’s done so we control as much as we can.”

Eklund is happy to have the governor expressing support for establish a sports betting white market, but the jury is still out on whether legislation would ultimately receive DeWine’s signature.

“Our governor is, and has been throughout his career, certainly while he was [Ohio] attorney general, repeatedly made clear that one of his top, tippy-top priorities is protecting families and communities,” Eklund said. “I think he would carry that same overarching point of view into the realm of sports betting. So, I think he’s going to be a careful and thoughtful partner. However nice the [sports betting] concept is, he’s a smart enough guy to see what comes out of the legislature, and then will determine the extent to which he can fully support it or not. But I’m hopeful that he will.”