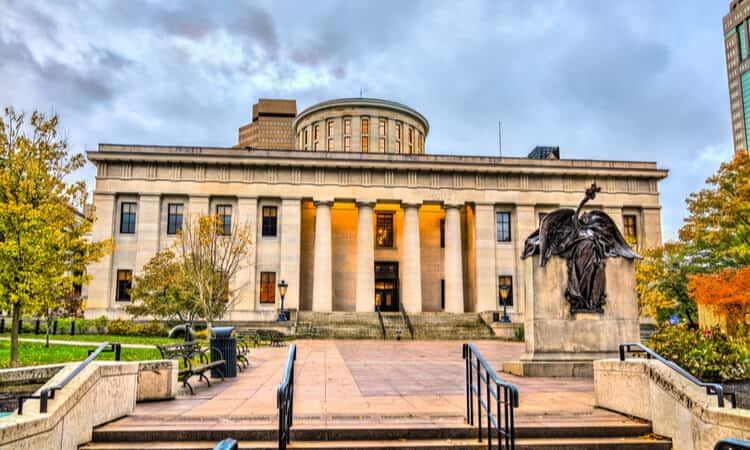 The shot clock is ticking down on Ohio’s sports betting chances this year, but there’s still time.

Earlier this week, the Ohio Senate General Government and Agency Review Committee accepted a substitute version of SB 111, that chamber’s version of the sports betting plan. A House version, markedly different than the Senate bill, cleared a full House vote in May.

No vote was held on the bill this week.

Policymakers appear to be close to finally hashing out items such as the tax rate, the number of online/mobile skins (or brands) each casino and racino would have for digital sports wagering, and licensing fees. Under the latest proposal, each gambling facility eligible for sports wagering could have just one online/mobile skin. In neighboring Indiana, each casino can have up to three such skins.

The House bill called for the Ohio Lottery Commission to be the regulator of Ohio sports betting, with the Senate bill putting chief regulatory duties in the hands of the Ohio Casino Control Commission. Policymakers in the House have agreed to go with the Senate’s plan on this topic.

Still, any bill that would clear the Senate in the coming days would need approval from the House, as lawmakers there passed a different version. If and when both chambers agree and pass a single piece of legislation, Ohio Gov. Mike DeWine would have to put his John Hancock on it. Barring any unforeseen problems, he’s expected to sign a sports betting bill that would reach his desk.

One big problem for Ohio: The sports betting proposals on the table right now cannot carry over into 2021. They would have to be refiled if not passed, though progress made in 2020 on the concept of Ohio regulated sports betting won’t be lost. Ohio has to get sports betting done this month, or the process restarts next session.

None of Ohio’s casino operators have testified in opposition to the Senate legislation. Penn National Gaming is the only one of the operators to offer testimony in support of the latest version.

PNG operates four of Ohio’s 11 gambling facilities, which means it would be least impacted by a single mobile skin provision. According to PNG’s testimony, there is still some concern on behalf of the industry that Ohio might not go with online/mobile, despite the Senate version allowing it.

“If the state chooses to close its eyes and limit this opportunity to only in-person betting,” said PNG Senior Vice President, Public Affairs & Government Relations Eric Schippers, “it will be the illegal offshore operators who stand the most to gain. In states where mobile sports wagering is legal, more than two-thirds of all bets placed in the state are done so online.”

Ohio has the potential to rival the sports betting market in Pennsylvania. The neighboring Keystone State saw $525,802,524 in handle in October, an all-time high for the state that kicked off betting in late 2018.

While PNG is obviously a fan of the substitute version, it’s not certain where Ohio’s other casino operators, which include the likes of MGM Resorts, Caesars Entertainment, JACK Entertainment, and Churchill Downs, will ultimately come down on what potentially clears the Senate.

We’ll soon find out if Ohio will cross the finish line on a sports betting proposal that is now roughly two years old.