A new proposal on the table would establish Feb. 11, 2020 as a day to honor the sports betting underdog story of Ohio native Buster Douglas. 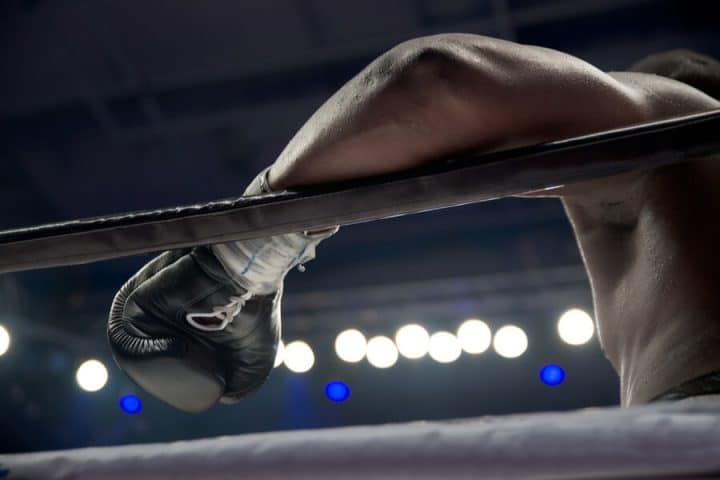 A proposed piece of legislation in Ohio would declare a betting holiday of sorts for iconic underdog boxer Buster Douglas, who grew up in Columbus.

The proposed bill, Senate Current Resolution No. 4, would declare Feb. 11, 2020 as “James Buster Douglas 42:1 Odds Day.” Douglas upset Mike Tyson in a heavyweight boxing bout on Feb. 11, 1990. The 30th anniversary of the fight is approaching.

The legislation comes as Ohio lawmakers work on coming up with the path forward for the state to legalize and regulate sports betting, both in a retail setting and over the internet.

The proposed resolution has the backing of 12 lawmakers in the state Senate, including the sponsor of the Senate version of the sports betting plan, Sen. Sean O’Brien, a Democrat from Northeast Ohio.

The proposed legislation to honor Buster Douglas and his incredible underdog story, especially from a sports betting angle as the state considers legalizing the activity, is, as kids say these days, pretty dope. But it does contain one historical inaccuracy that is worth mentioning.

“Tyson was so heavily favored that only one Las Vegas casino, the Mirage, made odds for the fight, and had Douglas as a 42 to 1 underdog,” according to the proposed resolution.

As US Bets’ Eric Raskin, a long-time boxing analyst, noted in December in a piece titled, Buster Douglas, Mike Tyson, And The Sports Betting Myth Of ‘42 To 1’, that wasn’t actually the price on Douglas. No bets were ever taken on Douglas as a 42:1 ‘dog. It’s a common misconception, according to Raskin. Even ESPN’s 30 For 30 series last year had an episode titled 42 to 1.

Jimmy Vaccaro, who was the Mirage race and sportsbook director in 1990, has corrected the inaccuracy. The Ohio bill is right that the Mirage was the only casino in Vegas that posted odds on the fight.

As Raskin put it:

“What we typically hear is that Douglas won as a 42/1 underdog. That’s how it got reported immediately after the fight, and the number stuck. But it’s not quite true that Buster was a 42/1 ’dog. Tyson was a 42/1 favorite. The widest odds on Douglas were 37/1.”

The difference between +3700 on Douglas and the misconception of him being +4200 ultimately isn’t that significant in the grand scheme of things. He was a massive ‘dog either way. Still, it’s worth mentioning that the odds for two athletes, or two teams, aren’t mirror reflections of each other. If someone is -1000, it doesn’t mean the other guy is +1000. Books don’t operate this way.

And, of course, these are merely prices. They reflect the public’s perception of the likelihood, not real life probabilities. Douglas’ +3700 line gave him an implied probably of about 2.6%. Boxing insiders will tell you no world-class professional heavyweight boxer is supposed to lose fewer than three out of 100 fights against the same opponent. At the time, though, many believed that Tyson was unbeatable.